Inside: Baby shower charades ideas that will make everyone gush.

Have an expectant friend or family member? A baby shower is the perfect way to celebrate the new arrival! If you’re looking for some fun activities to keep things lively, why not try some charades?

Charades are a classic party game that can be enjoyed by people of all ages, and they’re especially well-suited for baby showers (even virtual showers!), since they don’t require too much energy or physical activity.

To help you get started, we’ve compiled a list of 39 baby shower charades ideas. Some are classic games with a baby twist, while others are entirely new. Either way, they’re sure to get your guests laughing and having a good time!

Make sure to set some rules before playing, such as a time limit for each charade and whether or not props are allowed.

You can also make things more challenging by having players act out multiple charades in a row, or by prohibiting speaking entirely.

These fun challenges will get your guests thinking and acting quickly! Players with experience acting or improvising will have an advantage, but anyone can try their hand at these. 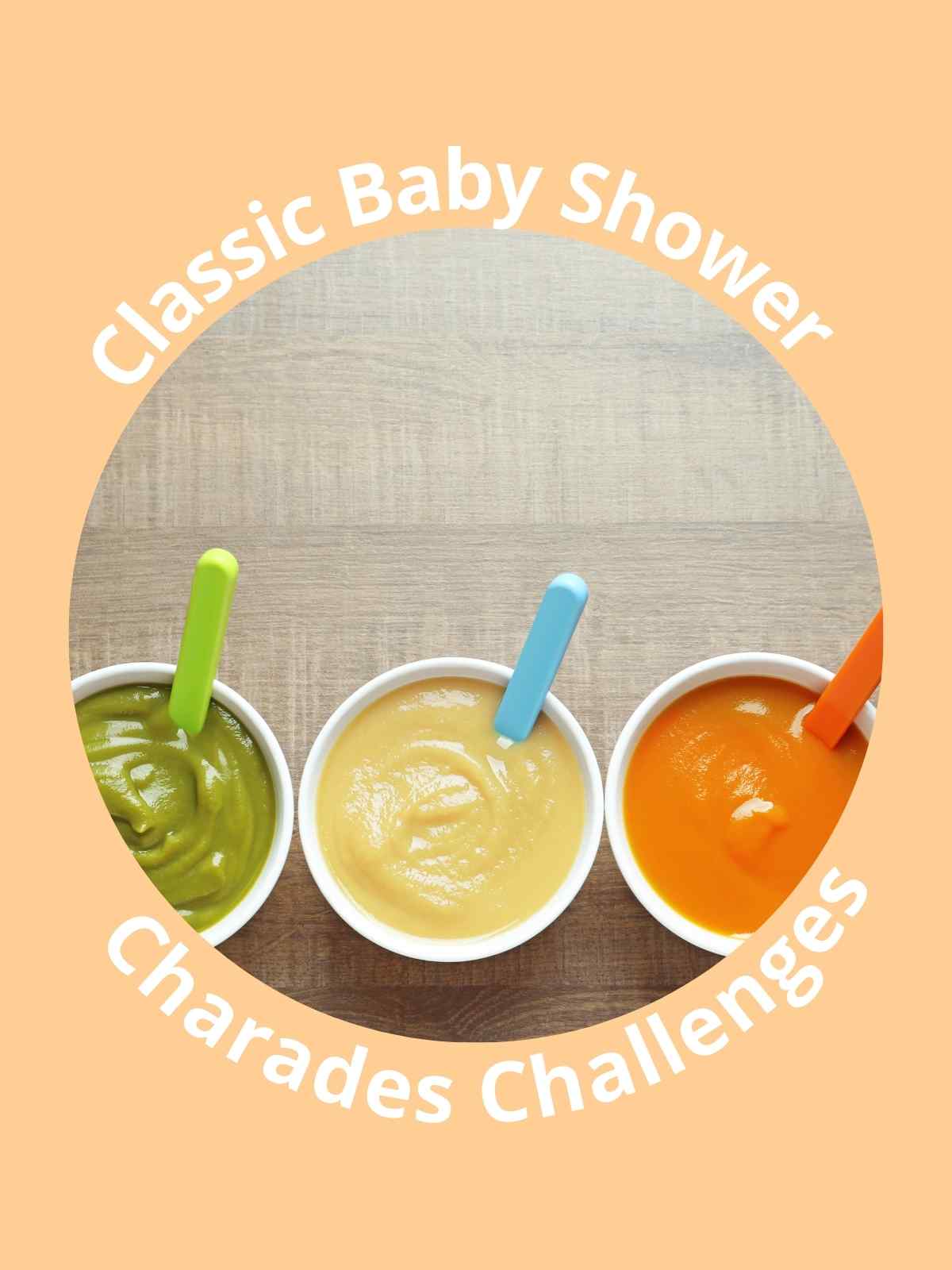 Having a baby is a life-changing event, so it’s no surprise that many classic charades challenges can be given a baby twist. These ideas are perfect for guests of all ages.

Take it up a notch with these challenging charades ideas that will put your guests’ acting skills to the test! 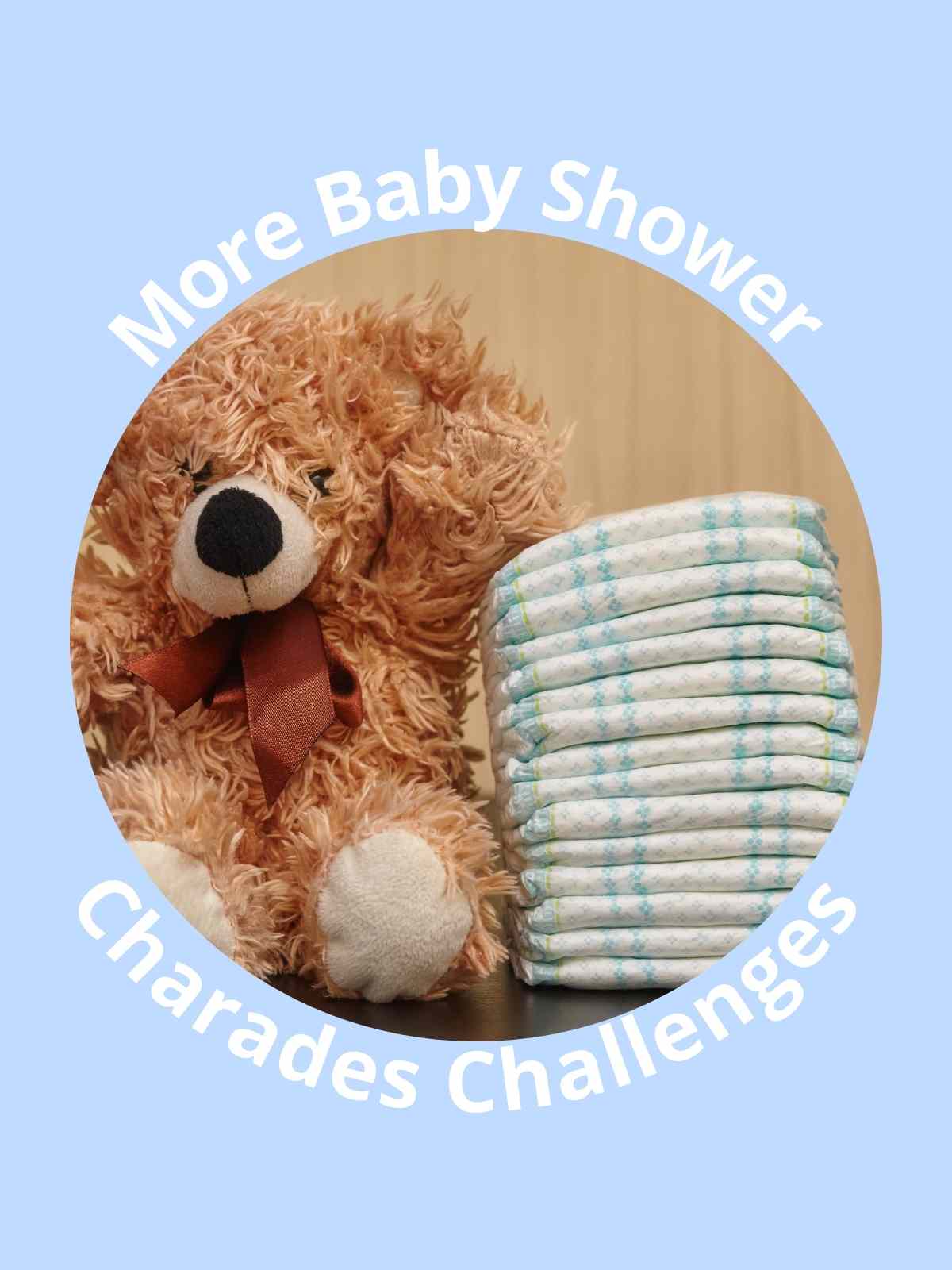 Looking for more baby shower charades challenges? Check out these ideas that will have your guests laughing and thinking on their feet.

If you’re throwing a baby shower and have a large group of guests, try these fun baby shower charades ideas that will be sure to entertain everyone. 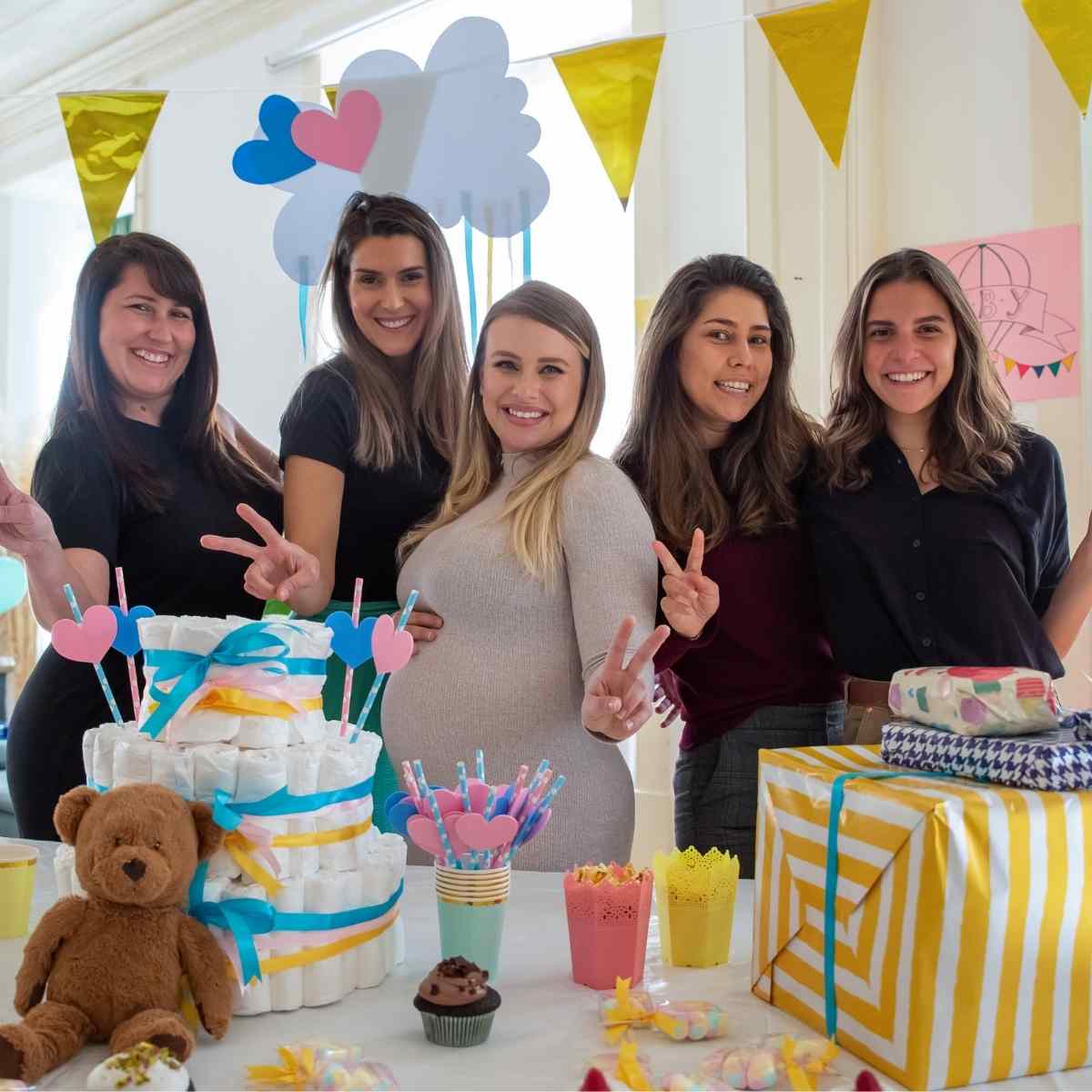