Inside: How to play the friends drinking game with a whole lot of fun!

Do you love the Classic 90s Sitcom Friends?

Lastly…how do you feel about games?

And I am going to teach you 13 of the best ways to play it. 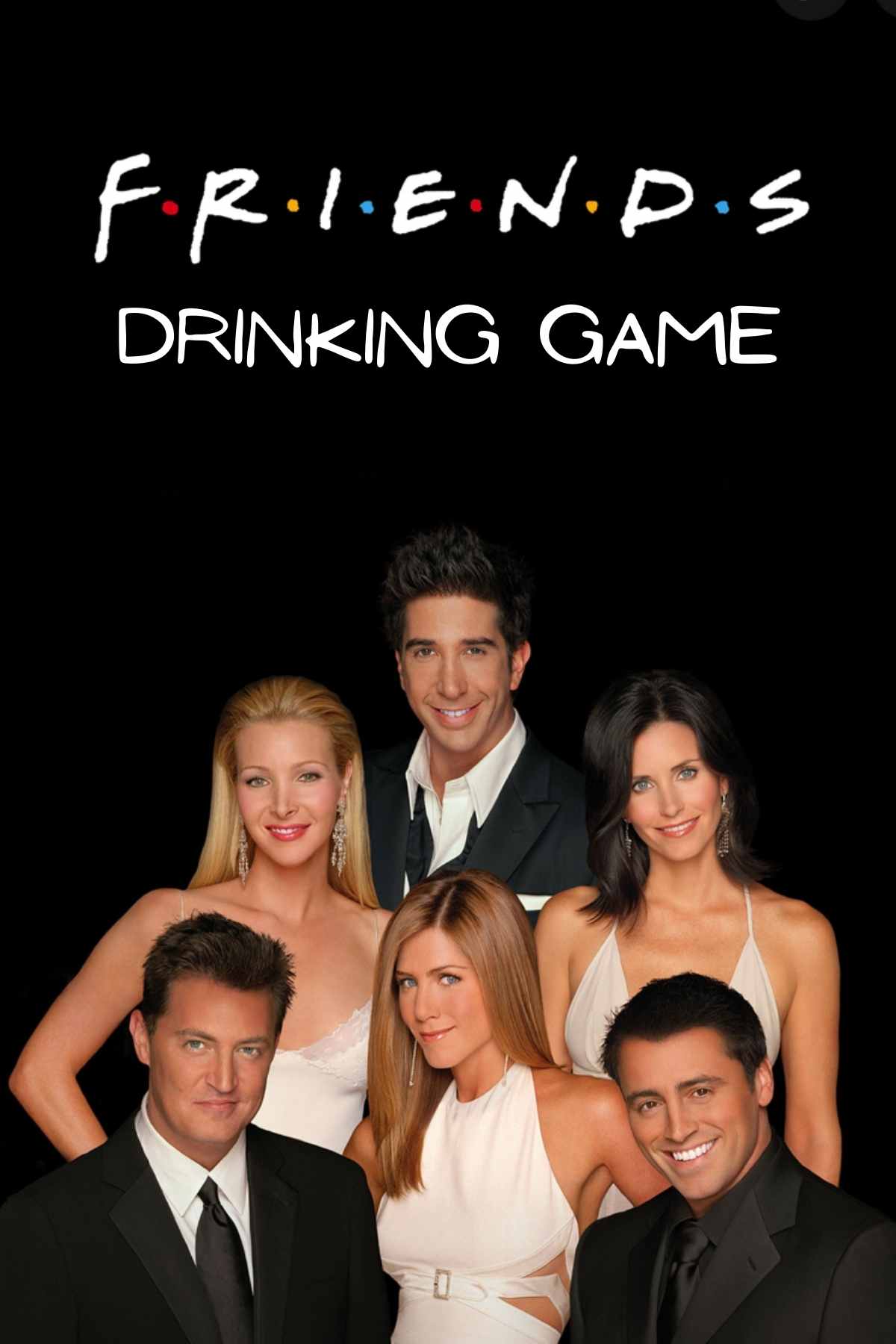 Before we get into that, I just wanted to put out a little PSA: DRINK WATER! This game will get real, real quick. Alcohol will seriously dehydrate you, so it is important that you keep some water and maybe some food nearby. This is the best way to avoid a hangover. Okay okay, my lecture is over…so now let’s get into why we are all here.

How to Play the Friends Drinking Game

Though we are going to go over the 13 different ways you can play it, it should be noted that there is still the foundational rules that are used across all 13. So I figured we better go over them!

So the way this works is simple: You choose actions and phrases that, when you see or hear them, you will have to drink. At the beginning of the episode, you decide on the what the call to action is for each phrase: for example, if you hear ross say, “we were on a break,” then you take a shot.

This is essentially a way to take a beloved tv show that we have all seen countless times, and revamp it into a hilarious game. It’s like up-cycling but with games! I think this is such a fun way to bring people together that results in endless laughs and great memories. Well, depending on how drunk you get.

Now, without further ado…let’s get into the 13 different ways you can play the friends drinking game.

1. Take a sip every time a character has a coffee

Yep…you read that right. And you know that in this show…coffee is a part of every episode when they hang out in central perk. Good thing that you only have to take a sip because this could get ugly real quick. So every time you see someone with a coffee, just take one sip off of your drink. 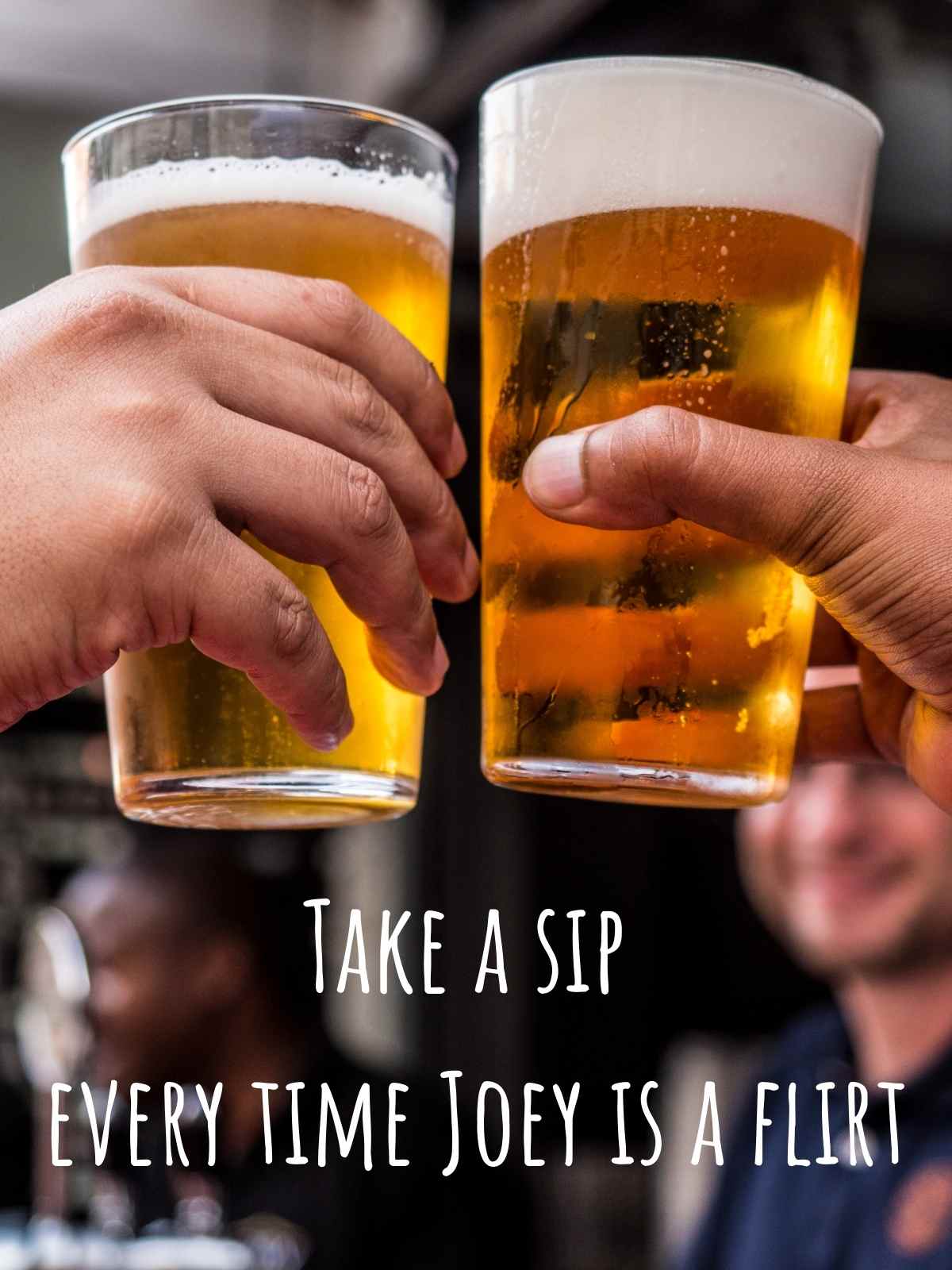 2. Take a sip every time Joey is a flirt

Good luck with this one. Even though you’re only taking a sip this call to action can be surprisingly deadly. Joey’s character is a notorious flirt, he is known to flirt on this show every other line he speaks so…take tiny sips for your own good. Otherwise, this game would be over after one episode.

3. Take a shot when one of the friends goes on a date

This show follows this group as they navigate life in New York during the 90s…of course, they are all going on a million dates. So this one is PERFECT for a drinking game. You have to take a shot though, so keep that in mind.

4. Take a shot when Joey goes to an audition

In this show, Joey is an actor who frequently is going on auditions to find work. So every time he has an audition, that means it’s time for you to take a shot. I hope you have your chaser ready.

5. Finish your drink when someone says PIVOT

This is from one episode, but it’s an iconic one. When they are trying to bring a couch into the upstairs apartment, they get it stuck in the stairwell…but before this happens Ross is screaming out instructions in an attempt to help guide the couch along. He screams “PIVOT” more times then I can count. But hey…it’s a very famous scene now. So finish your drink! 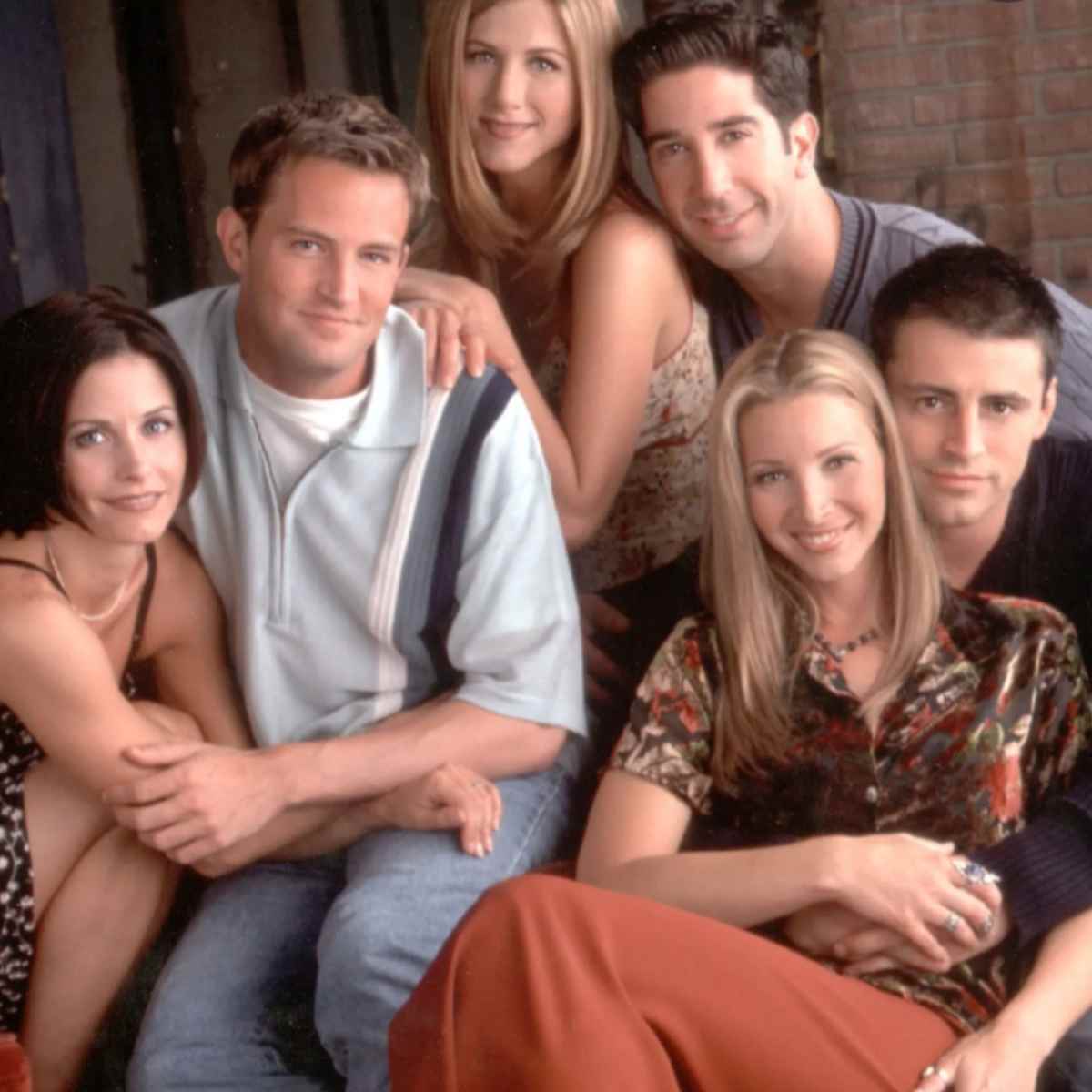 This happens so often that if the instruction were for you to take a shot you may not make it past the first episode. This man is the king of grammar. So best of luck to you all. And hey, maybe our grammar will improve after this…if we can remember it the next day.

A birthday is a cause for celebration, so if one of the friends is turning on older then you are getting one shot drunker. Hey man, don’t blame me. I don’t make the rules…or do I?

8. Finish your drink when Ross says “We were on a break”

In terms of famous lines from the show, this has to be one of the top 3. After Ross and Rachel ‘go on a break’ Ross sleeps with someone else. But when Rachel finds out, she is deeply hurt. Instead of understanding that he messed up, Ross clings to the fact that they were on this break and reminds her of it over and over again. So finish your drink the way he finished their relationship! Oof…too much for all you Ross & Rachel lovers out there?

9. Drink when a joke is made about Chandler’s job

It’s a well-known fact that we literally have no idea what Chandler does for work. All we know is that it involves numbers and that’s it. So every time this is brought up, take a sip!

10. Take a sip when someone walks into the apartment without knocking

These friends are more like family, so they basically just walk into Monica’s apartment like they own the place. Let’s face it…it’s basically their place too. I guess we will let it slide. Take a sip! 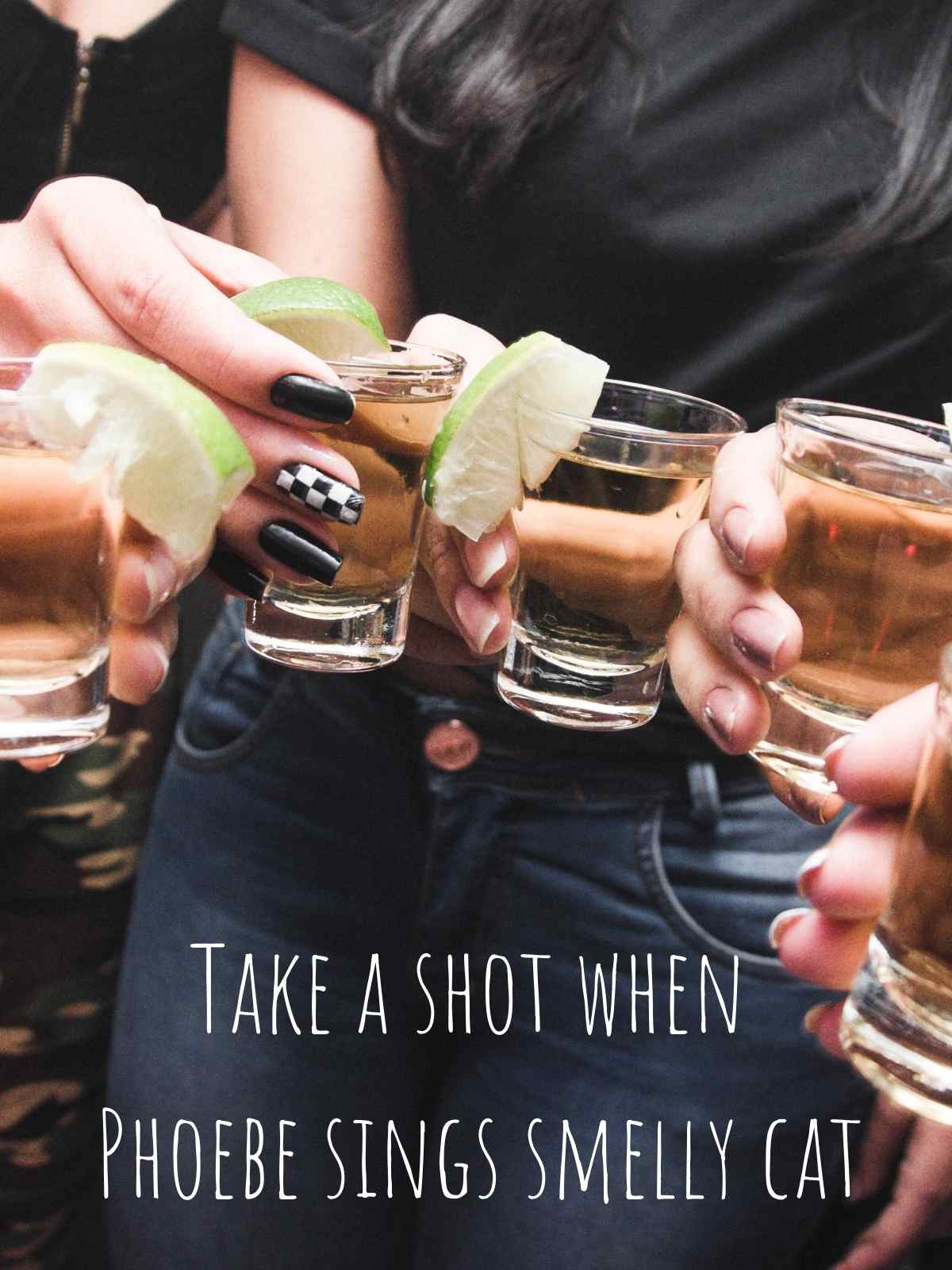 Smelly Cat is the second most famous song in this show behind the opening credit. Take a shot whenever Phebes sings this iconic song.

This iconic line had to be included. What kind of a friends fan would I be if I didn’t? This line is the most well-known in this entire show…it belongs on this list! This one, if you choose to add it to your list, is a night ender…so plan occordingly.

13. Finish your drink if you miss the opening claps

Everyone knows you have to clap four times during the opening theme song. If you miss your mark then you have to finish your drink…it’s as simple as that.

Alright…so now choose 4-5 of these and get to watching. I say to only watch 4-5 because if you did all 13 then you would barely make it one episode. The point of the game is to have fun, not pass out after the first round.

There are so many other super fun drinking games out there, this one is just the tip of the ice burg. Still, I hope you enjoy playing it as much as I enjoyed reminiscing on this beautiful show. Remember to drink all of the water and eat something before bed. Better safe than sorry!