Inside: 17 Boozed Up Party Drinking Games.

Oh we have all had “ONE OF THOSE” nights. You know what kind of night I’m talking about, the ones where it just seems like you are exactly where you are supposed to be. Surrounded by friends, laughing all night, cheering to the best days of your life.

Those sweet, sweet nights. I love night like that. These boozed-up party drinking games are the perfect way to celebrate the best nights of your life with your best friends! 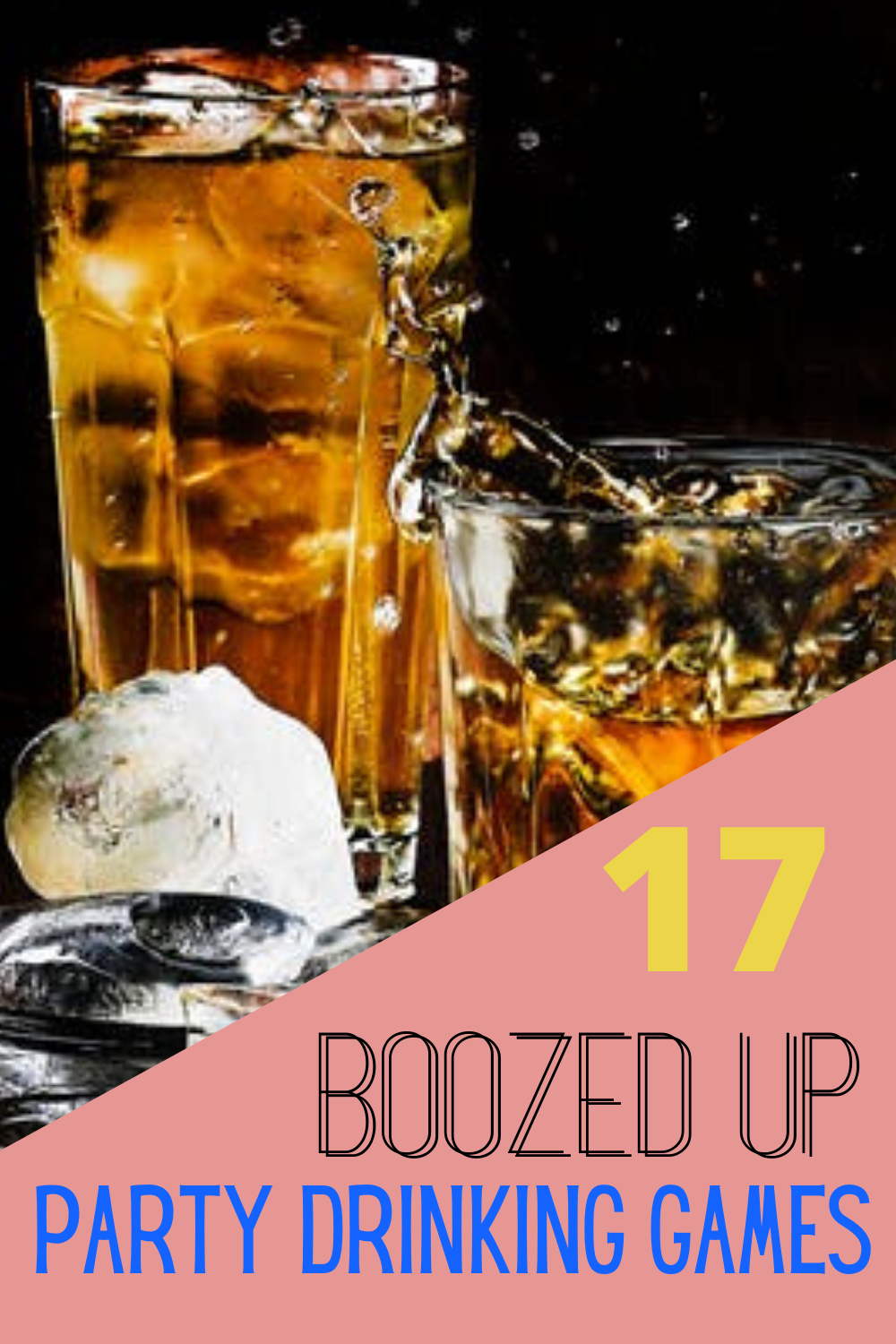 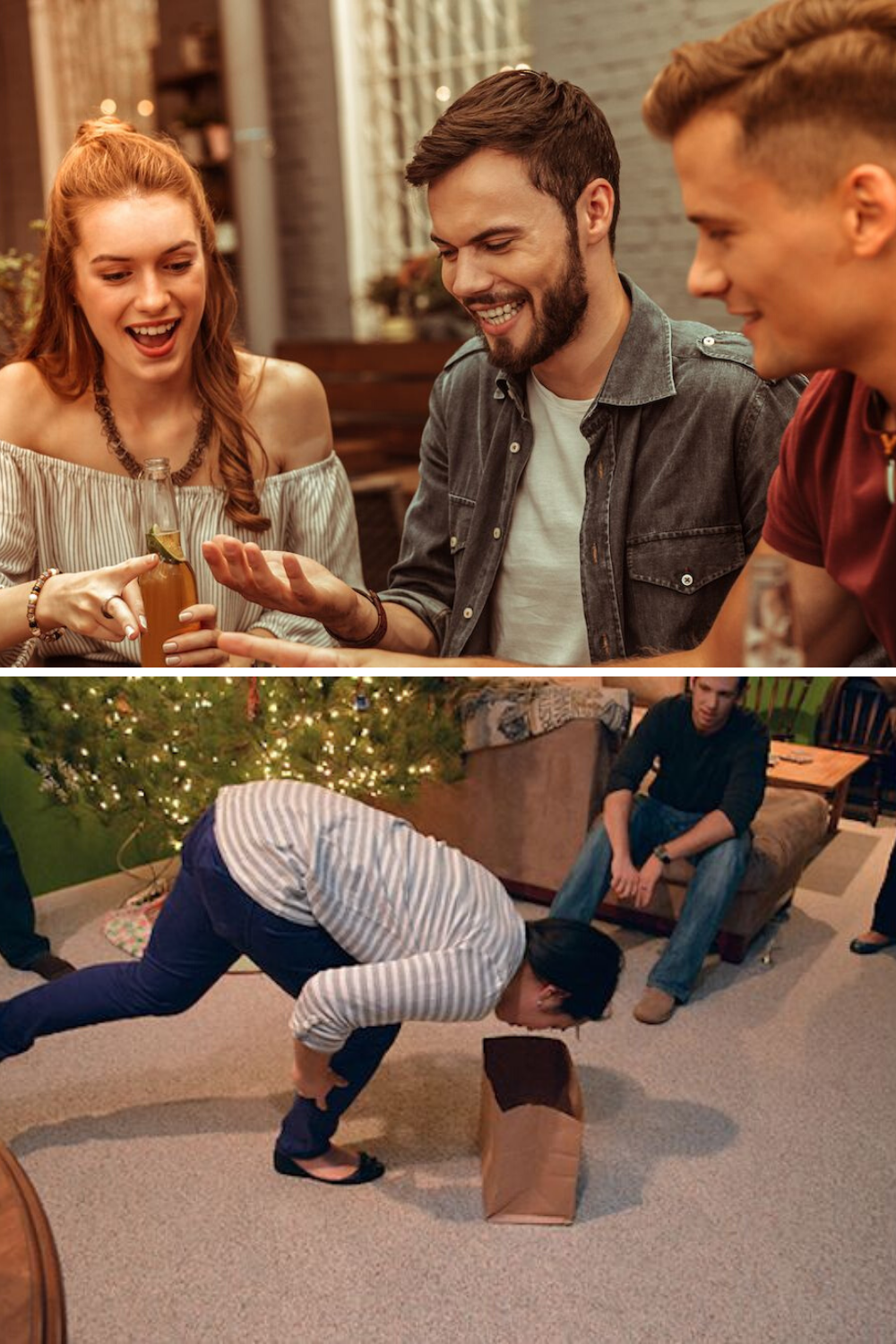 Sip, Sip, Shot: An adult version of Duck Duck Goose. Everyone sits in a circle and one player goes around bopping people on the head, telling them to “sip.” Each bopped person takes a sip of their drink until the bopper chooses someone to say “shot” too.

The shot person has to leap up, chase the bopper around the circle, and try to tag them. If they succeed, they take over as bopper; if they do *not* succeed, they have to take a shot.

Drinking Games for Your Next House Party

Chandeliers Drinking Game: Grab all your coins and solo cups and drink on!

Top Card: This is one of my favorite fun drinking games. Everyone gets 8 cards; you play with as many decks as you have to. Put the rest of the cards in the center.

The first card is flipped up from the center. The first player must lay down cards from their hand that matches the numerical value of that card. They can use as many cards as they need to match it. For example if the card is a 9, they can lay down a 5 and a 4, or they can lay down a 4, a 3, and a 2. They could also just lay down a 9. They can place the cards on the top of the deck however they want, thus determining the next top card

If they cannot match it then they must drink, and pick up two more cards out of the deck.

The next player must match the new top card! If he/she can do this using less card then the person before him/her they can also make one other player of their choosing drink, and another player takes two more cards.

The object of the game is to get rid of all your cards first! But the fun is you also get rewarded (by making others drink) for using as few of your cards as possible. 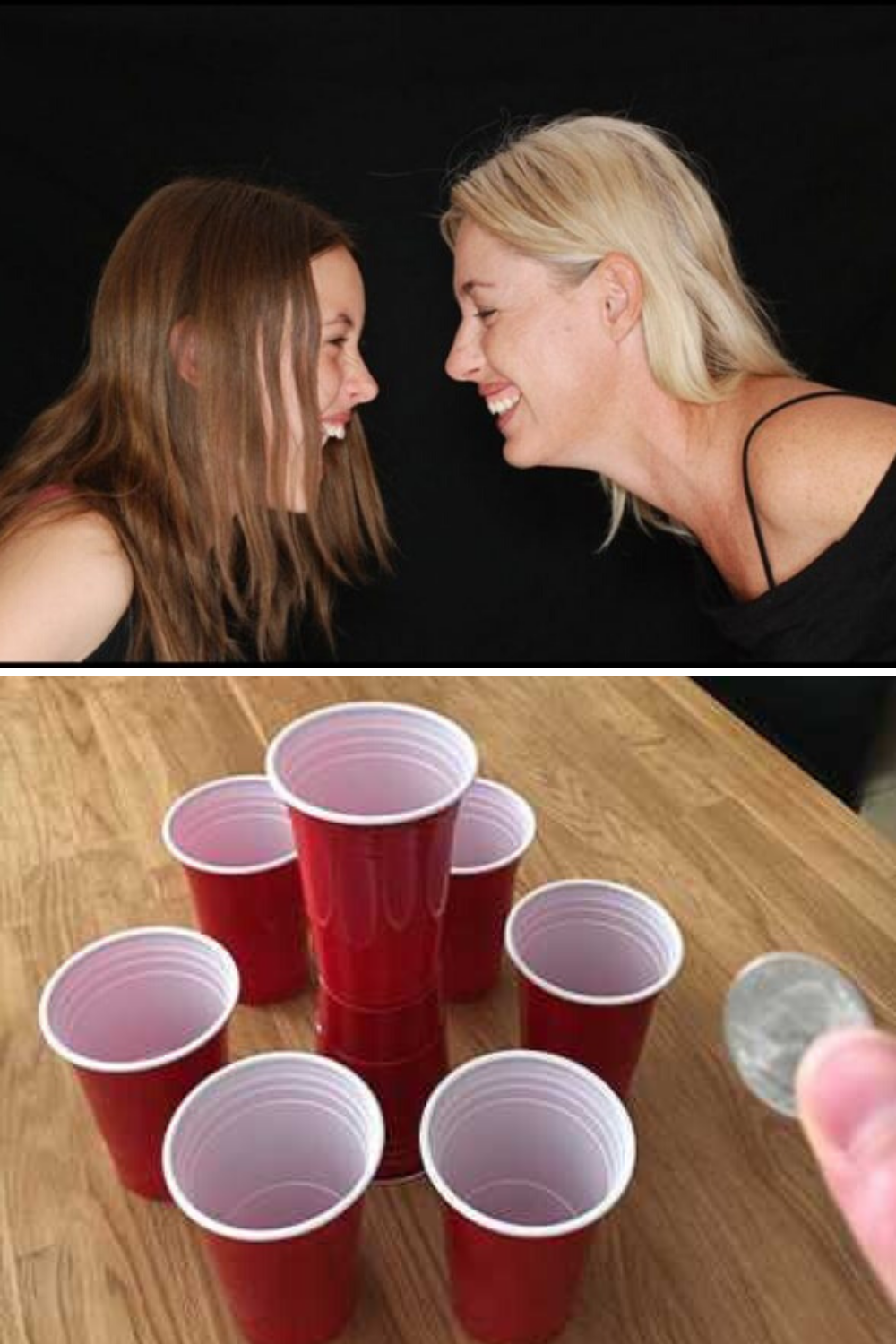 Boom Cup: The best drinking game for sure! See how to play here.

Death Roll: This game holds up to it’s name for sure! Warning: It gets intense fast.

Medusa: Everyone sits around a circular table covered with a ton of full shot glasses (or jello shots). Players begin the game with their heads down on the table. On the count of three, everyone looks up and stares at another player. If you find yourself looking at someone who isn’t looking at you, you’re safe. If you find yourself looking directly into someone else’s eyes, you shout out “Medusa!” and take a shot. Keep going until all the shots are gone.

Oh What A Night

Drunken Artist: In this version of Pictionary, being bad at drawing will get you drunk.

Players take turns being the timer and being the artist. At the beginning of each round, the timer will whisper a word to the artist and start the clock. As the artist draws the word on a large pad of paper, the rest of the players shout out what they think the picture is supposed to be.

After someone guesses correctly, the timer looks at how many seconds have passed. The artist has to take a drink for every 20 seconds that went by before someone figured out what they were drawing. For example: If 1 minute and 40 seconds elapsed, they’d have to take five gulps of their drink.

If You Know What I Mean: If you’ve ever watched Whose Line Is It Anyway, you’ve probably seen a version of this game that doesn’t involve drinking. Two people are given a scene or situation (for instance, “you’re at a restaurant”) and they go back and forth trading remarks ending with the phrase “if you know what I mean.” Whoever runs out of vaguely sexual-sounding phrases first has to drink. Michael Scott would love this game. 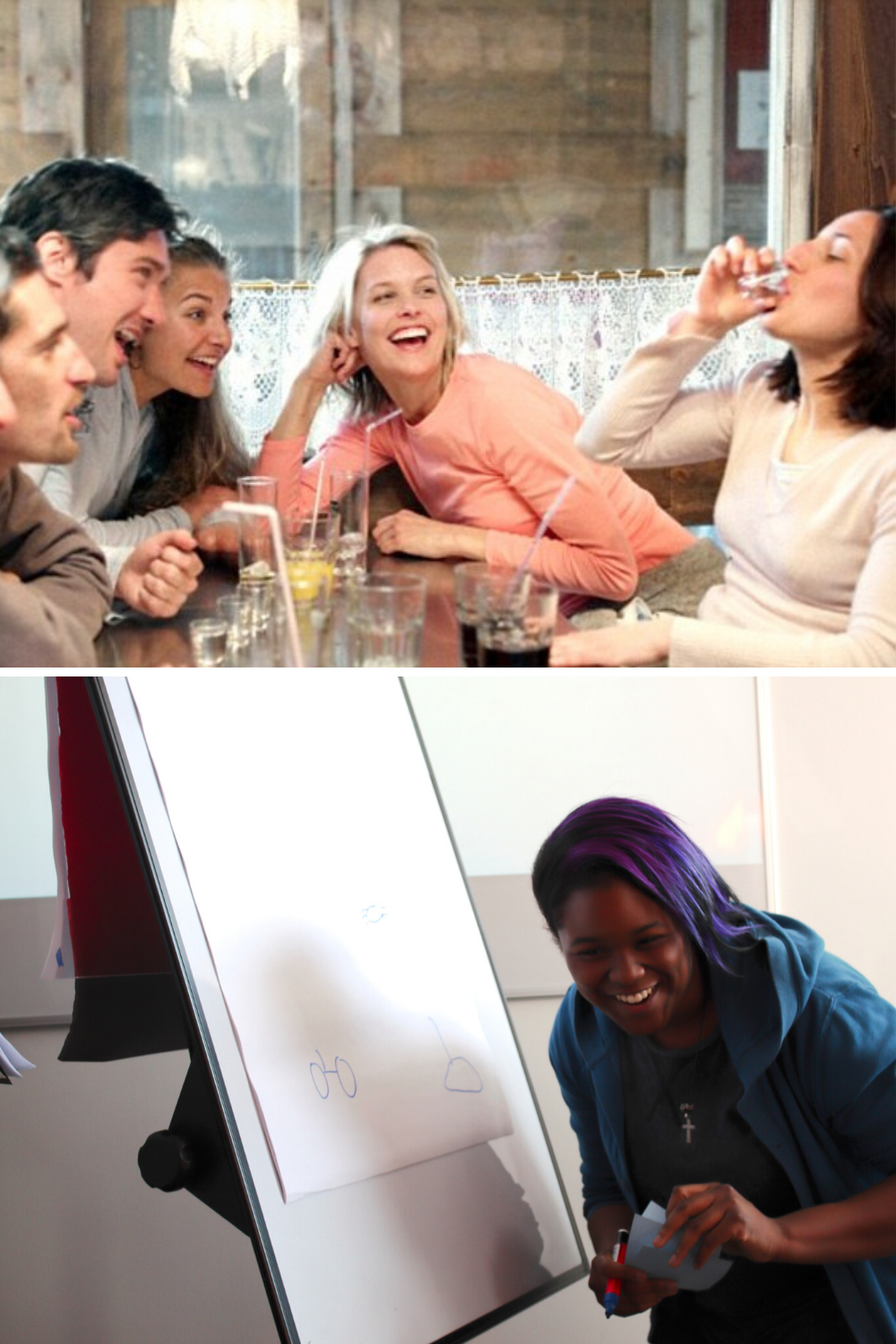 Straight Face: When you see that your guests are starting to get drunk, then this is the right time to begin this game. Ask everyone to write a funny statement on a piece of paper. Shuffle it and give each person a chit. It is really hard to keep a straight face when you are tipsy. Ask everyone to read their chit out loud by keeping a straight face and enjoy what follows.

Buzzed:  It’s simple — take turns drawing a card from the top of the deck. When it’s your turn, read the card out loud and either you or the group will drink based on the prompt on the card, depending on what it is. Lather, rinse, repeat. Designed for 3 to up to 20 players.

Do or Drink: The Most Savage Drinking Game, Ever: Fans say that whoever made this game is a “total A-HOLE”, but they all agree it’s the best-drunk game night they’ve ever had – so much crazy laughter that people couldn’t speak and friends still talk about it weeks later 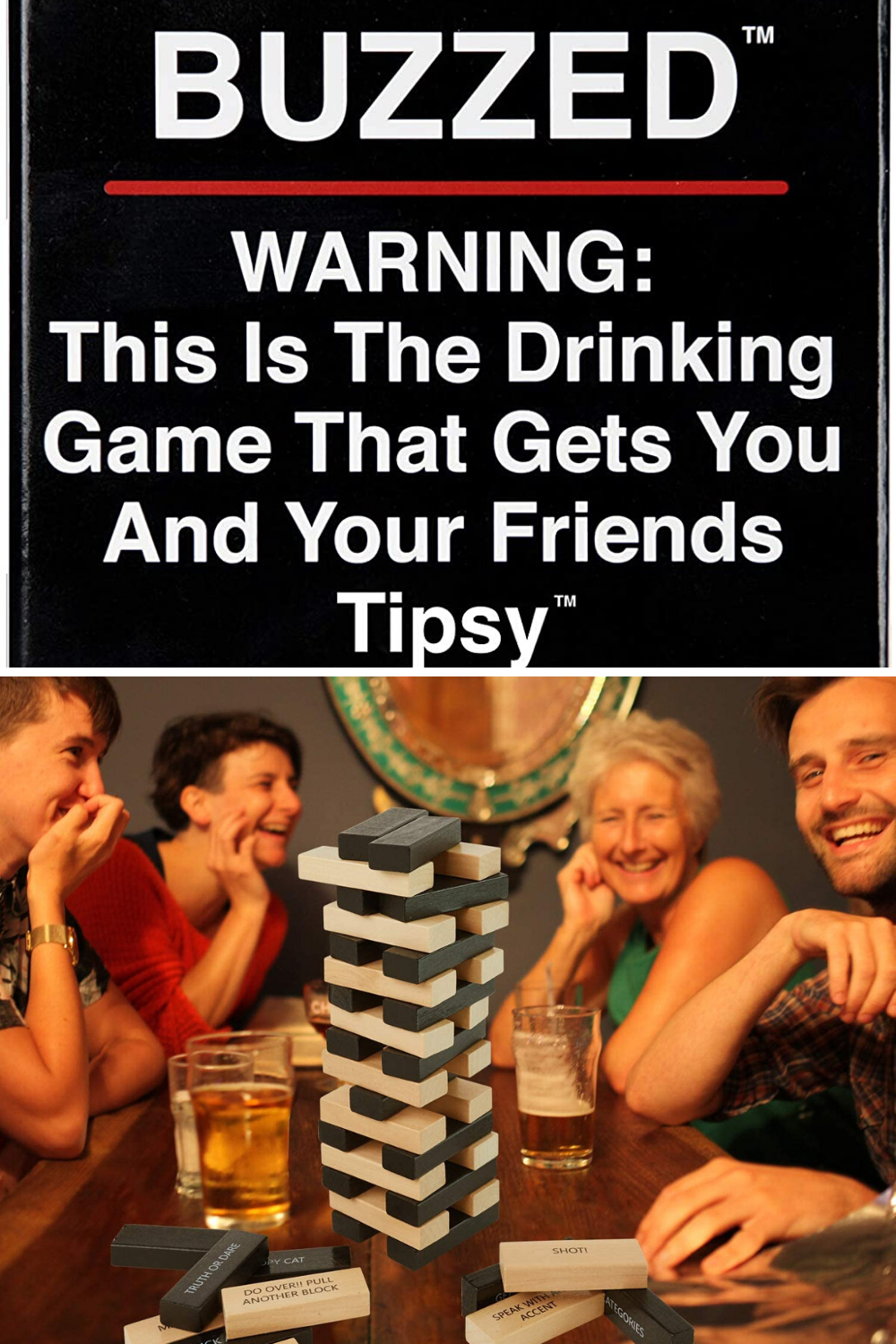 Drunk Jenga: New twist on a classic building blocks game, bring out this drinking game set at your next party or game night.

Drinking Dice:  Roll the drinking dice and make your friends suffer the consequences in this game of chance, also help you create some really special good memories.

Glass Roulette: Simply turn the wheel to see whose number is up. If your shot glass corresponds to the number played, empty the glass and spin it again.