Inside: Creative Constitution scavenger hunt items and answers, plus other Constitution games to help you get to know this important aspect of America’s history!

The United States Constitution lays the groundwork for life as we know it in America.

Even so, the general population doesn’t know too much about the details of this historical document. That’s why teaching about the Constitution to students is so important, and widely implemented in schools.

The Constitution is a long and wordy document, which makes it kind of difficult to comprehend. To best understand the details and key aspects of this document, it helps to implement fun learning games that students and even adults can enjoy.

A constitutional scavenger hunt is a simple and entertaining way to help people better understand and learn about it!

Check out these Constitution scavenger hunt ideas and other game ideas to learn about this important part of the United States history. 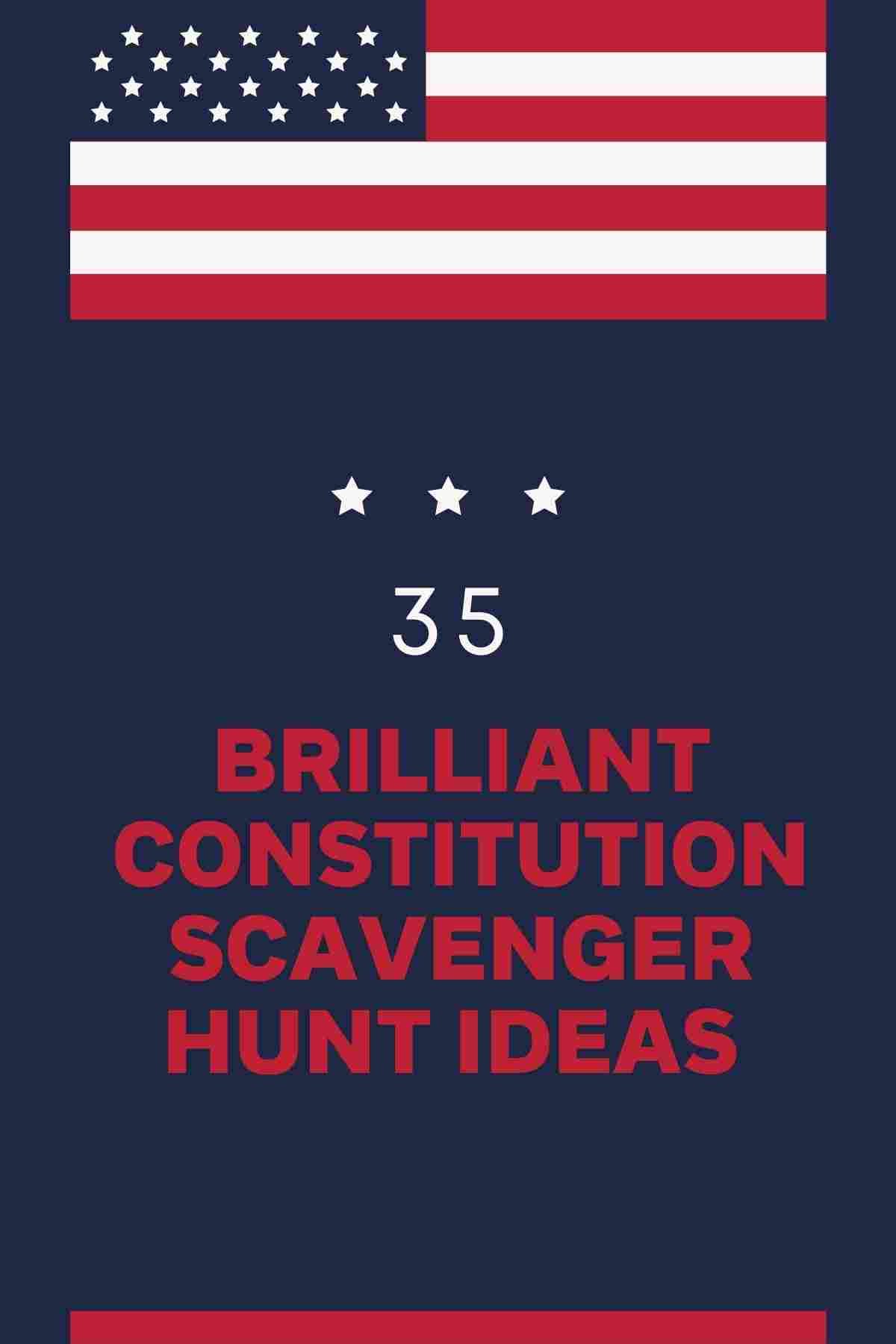 For a constitution scavenger hunt, you can try playing at a library, a museum, or a historical town or city. Here is a creative list of ideas for clues:

1. An item related to Article One of the Constitution.

2. An item related to Article Two of the Constitution.

3. An item related to Article Three of the Constitution.

4. An item that symbolizes the Second Amendment.

5. A business card or an ad relating to the profession that is mentioned in the Sixth Amendment.

6. A book relating to the Thirteenth Amendment.

7. A calendar page of the month in which the constitution was signed. Bonus points if you can find something with the exact date!

8. A calendar showing the month in which the presidential inaugurations used to be held before the Twentieth Amendment was enacted.

9. A map of the state in which the Constitution was signed. Bonus points for a map of the town, or an article that represents the actual building that it was signed in!

10. Coin or cash bill that shows the face of one of the two former United States presidents whose signatures appear on the Constitution.

11. An article of clothing made specifically for the group of people mentioned in the Fifteenth Amendment.

12. An article of clothing made specifically for the group of people mentioned in the Nineteenth Amendment.

13. A receipt, label, or article related to the thing that is prohibited in the Eighteenth Amendment.

14. A picture of the building in which the United States Constitution is now stored in.

15. Anything with the numbers of either the month, date, or year on which the Constitution was signed.

16. A coin from the year of the bicentennial of the Constitution. 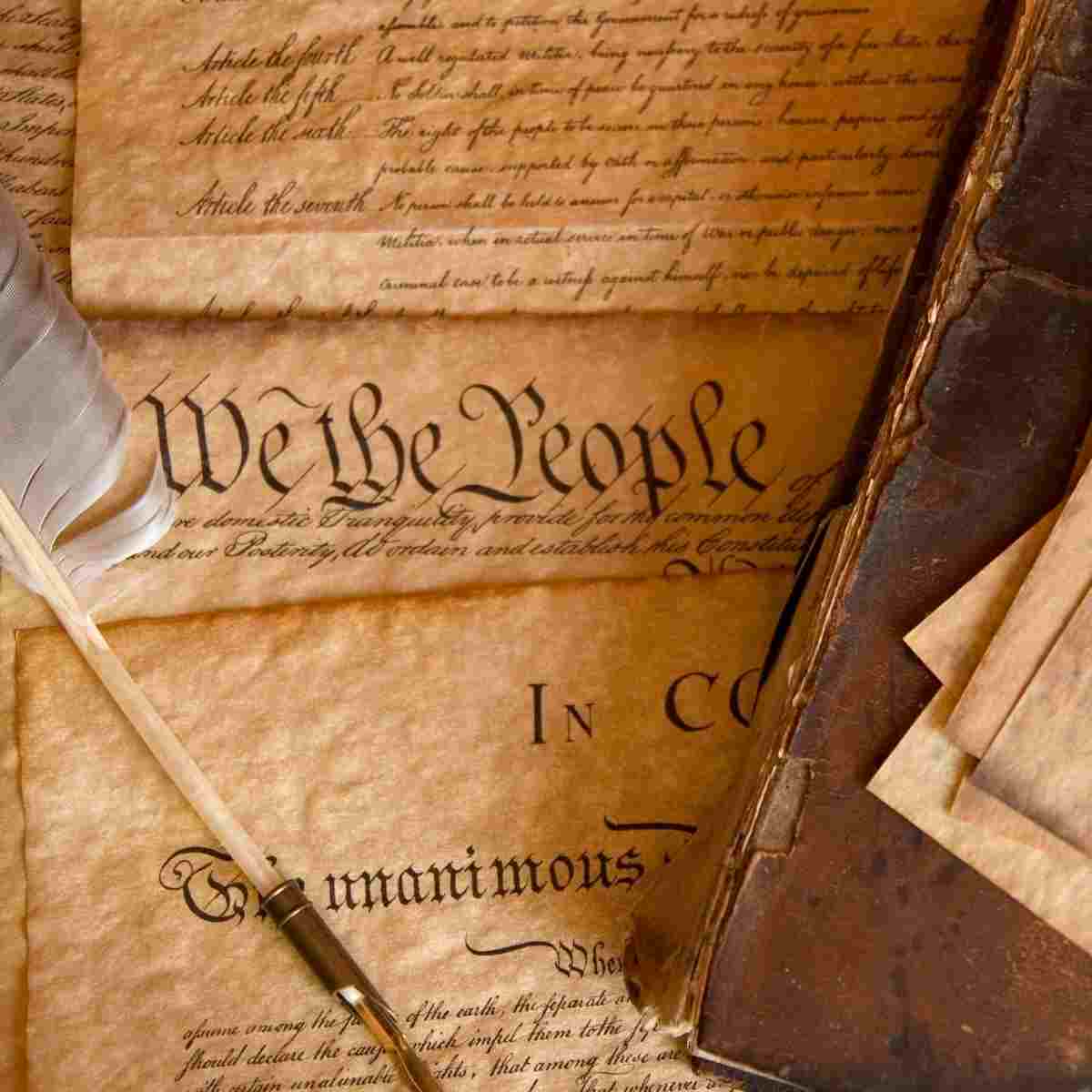 18. The second article is related to the executive branch, which includes the president, the vice president, and the cabinet. Players can show a photo of a former or current president or vice president, something relating to a cabinet, or anything creative that relates.

19. The third article refers to the judicial branch, which includes the Supreme Court, so items that relate to the court system or legal system will work. (Hint, all three of the first articles are related to branches of government, so if someone wants to be really sneaky, they could choose a tree branch as their item.)

20. The Second Amendment refers to the right to bear arms, or to have a weapon, so anything relevant to that.

21. This should be a business card or article for a lawyer or attorney.

24. A calendar from the month of March.

25. Pennsylvania, or more specifically, in Philadelphia at the Pennsylvania State House. (In Independence Hall to be super specific).

26. Any coin or dollar bill (real or fake) with George Washington or James Madison.

27. The Fifteenth Amendment states that all males have the right to vote, so this should be a male-specific article of clothing.

28. The Nineteenth Amendment states that all females have the right to vote, so this should be a female-specific article of clothing.

29. Something related to alcohol, since the eighteenth amendment prohibited the sale or consumption of alcohol.

31. Get creative here! The numeric date that the Constitution was signed on is 9/17/1787, so it can be something with a nine, a seventeen, an eighty-seven, or any combination that you see fit!

Whether you’re not in the mood to be a scavenger, or you want to have a cozy night in with friends, you can still play a Constitution-related game to test your knowledge. Here are some fun options: 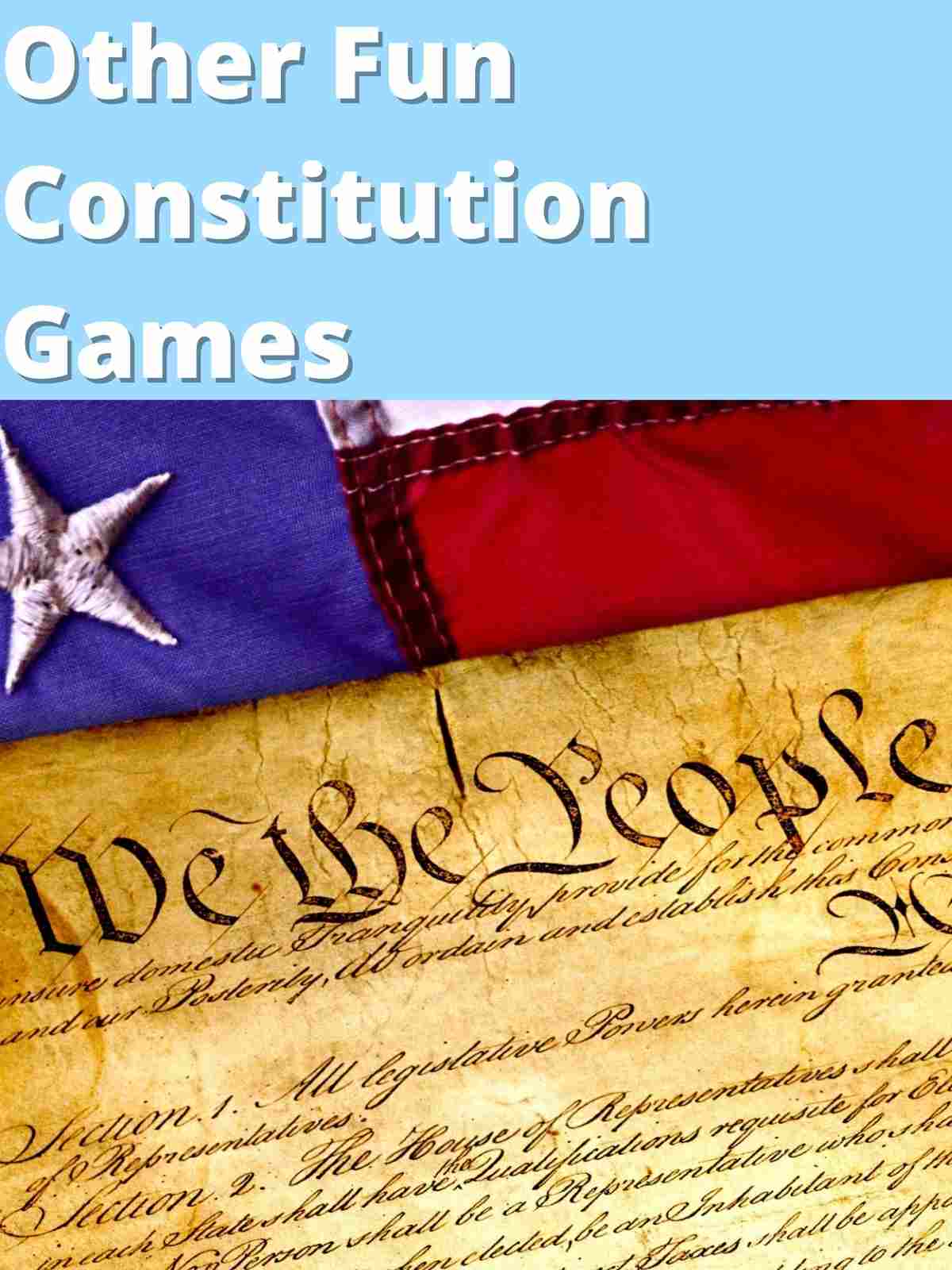 33. We the People Board Game The most entertaining and educational game on the market! This teaches American history from the perspective of the founding fathers.

34. The U.S. Constitution Quiz Deck Knowledge Cards This includes 48 factual trivia cards that are great for quizzing yourself, friends, or students.

35. Constitution Quest Game In this fast-paced game, you’re bound to learn more than you knew about the constitution. It even comes with a copy of the United States Constitution and the Declaration of Independence.