Inside: Cool Camping Games for Adults to Play.

I love a good game when out camping with my friends. There is something so fun about laughing around the campfire, pulling out board games in the evening, or having some fun when hiking through the trails. These fun camping games require little to no supplies and add the perfect amount of fun to your trip.

I personally love the camping trip board games for adults, they are so fun to play at night around the fire. Plus they are WAY LESS scary than those spooky ghost stories.

Check out our favorite games and let us know in the comments yours! 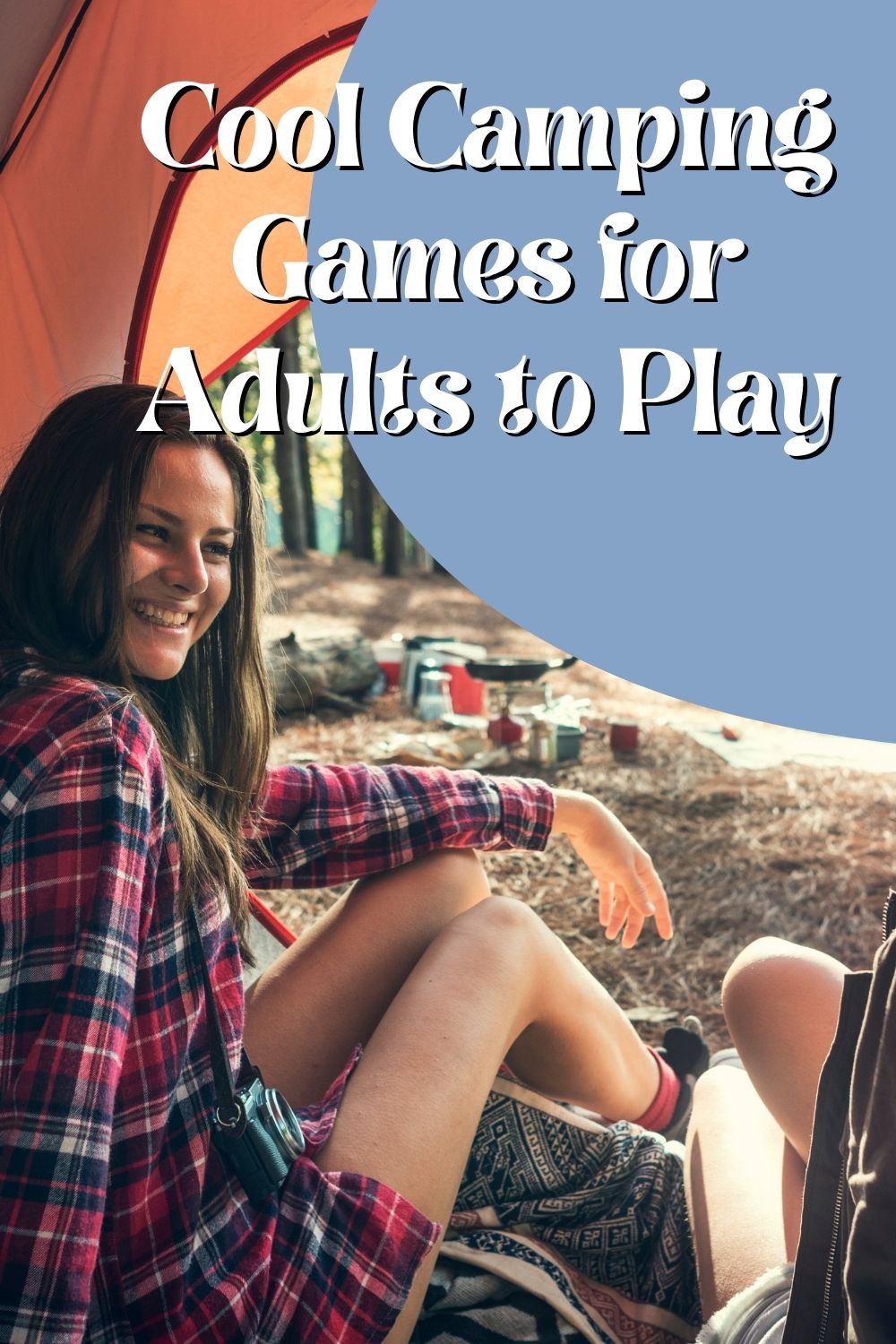 This is a good game to play on-going throughout an evening or even across a weekend camping. You don’t need to be playing the game constantly but can dip in and out of it throughout the day to catch the next player out.

This game can only be played once so pick your timing well as it’s really funny when done right. It only works with a group of people who know each other fairly well. 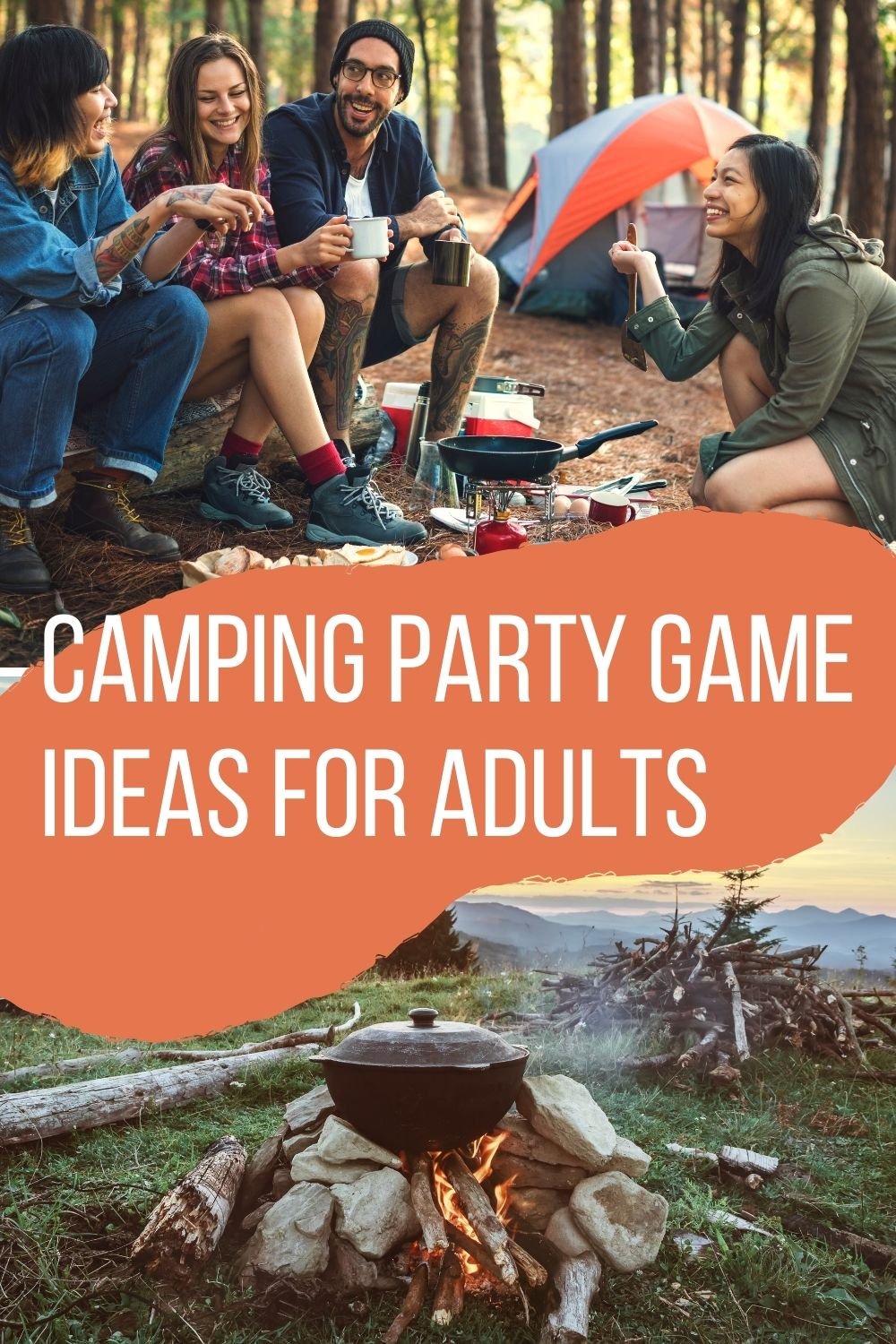 Empires is best when you are with a group who are willing to give away the best secrets! It’s a great game for conversation starters but can only really be played well once or twice within the same group as it gets hard coming up with good secrets.

Drink, Drink, Shot: This game is a fun spin on the childhood classic, duck, duck, goose. With everyone seated around the fire, one player walks around the circle tapping players in turn to take a drink. They then select a player for a shot. The person selected must chase the other around the circle back to the empty chair. If they catch them, the player caught must take the shot. If not, the chaser must drink it.

Never Have I Ever: This is a great drinking game to help you find out some interesting facts about your mates. The first player must say something that they have never done. Anyone who has must drink. If no one has done it, everyone drinks! Play for a set number of rounds or as long as you like. Beer is best for this game, as you’ll likely be drinking a lot, especially if you have had a busy, exciting life. 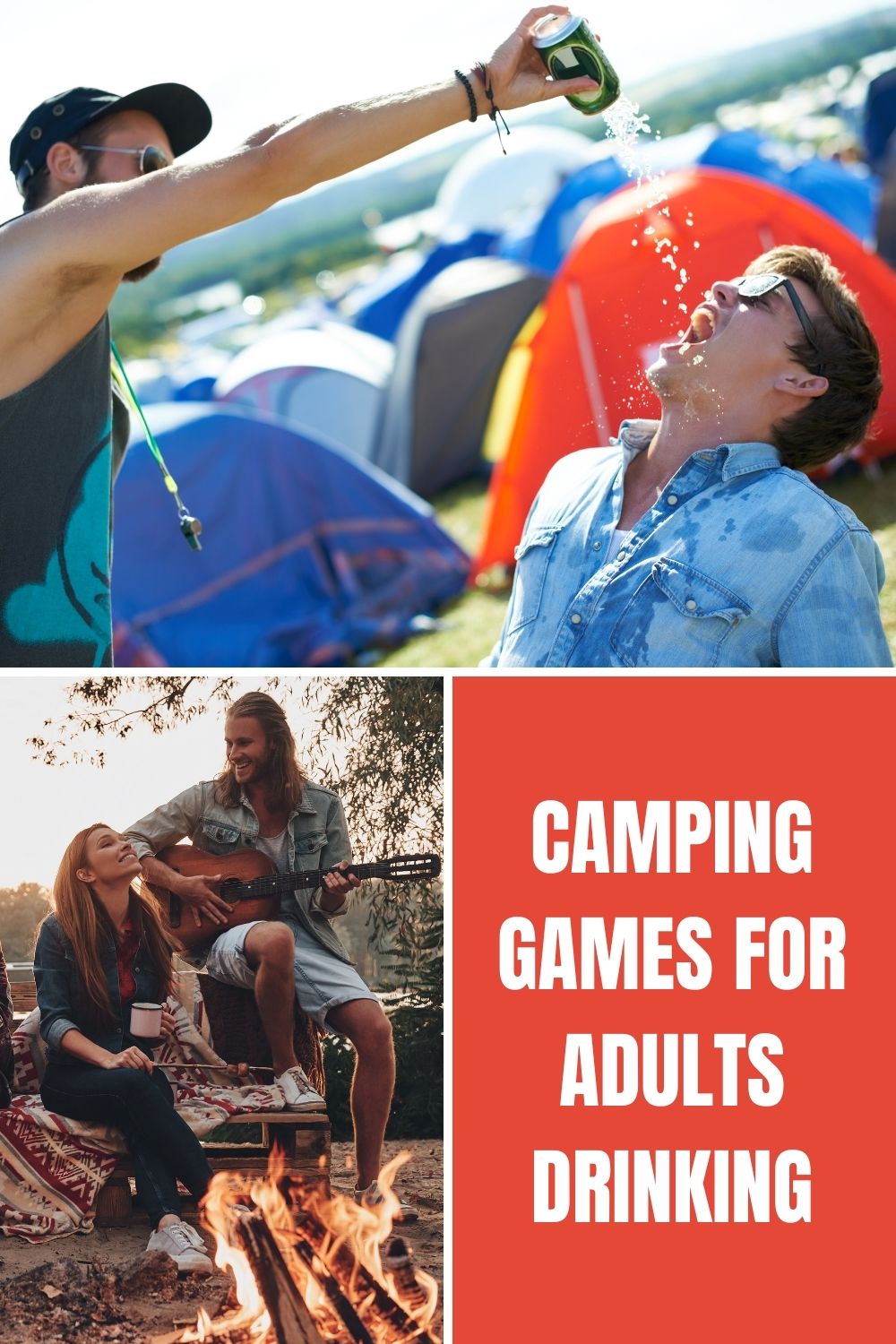 Two Truths and a Lie: One player makes three statements, two of them true and one false. The other players must guess which one is the lie. Anyone who guesses wrong has to drink.

The Alphabet Game: First, pick a category, like Australian cities. The first player names a city starting with A, like Adelaide. The next player must add to the list with the next letter: Adelaide, Brisbane, followed by Adelaide, Brisbane, Canberra. The first player who forgets an item on the list or can’t come up with the next one has to take a shot and is out. Keep playing with a new category each round until only one player remains as the champion.

Camping Board Games for Adults

Hive: Hive is a clever little abstract game for 2 players which puts you in control of a whole host of insects. The aim is to completely surround your opponent’s queen bee by making clever use of each bugs’ unique ability. The rules are incredibly simple, yet there’s plenty of strategy to explore as you attempt to outwit your opponent.

Azul: Though the box is not especially packable for lightweight camping, the game can be stored much more sensibly: put the boards in a wallet folder. All the other components come in a canvas bag. It’s also a good option for windy weather as those tiles ain’t going nowhere. 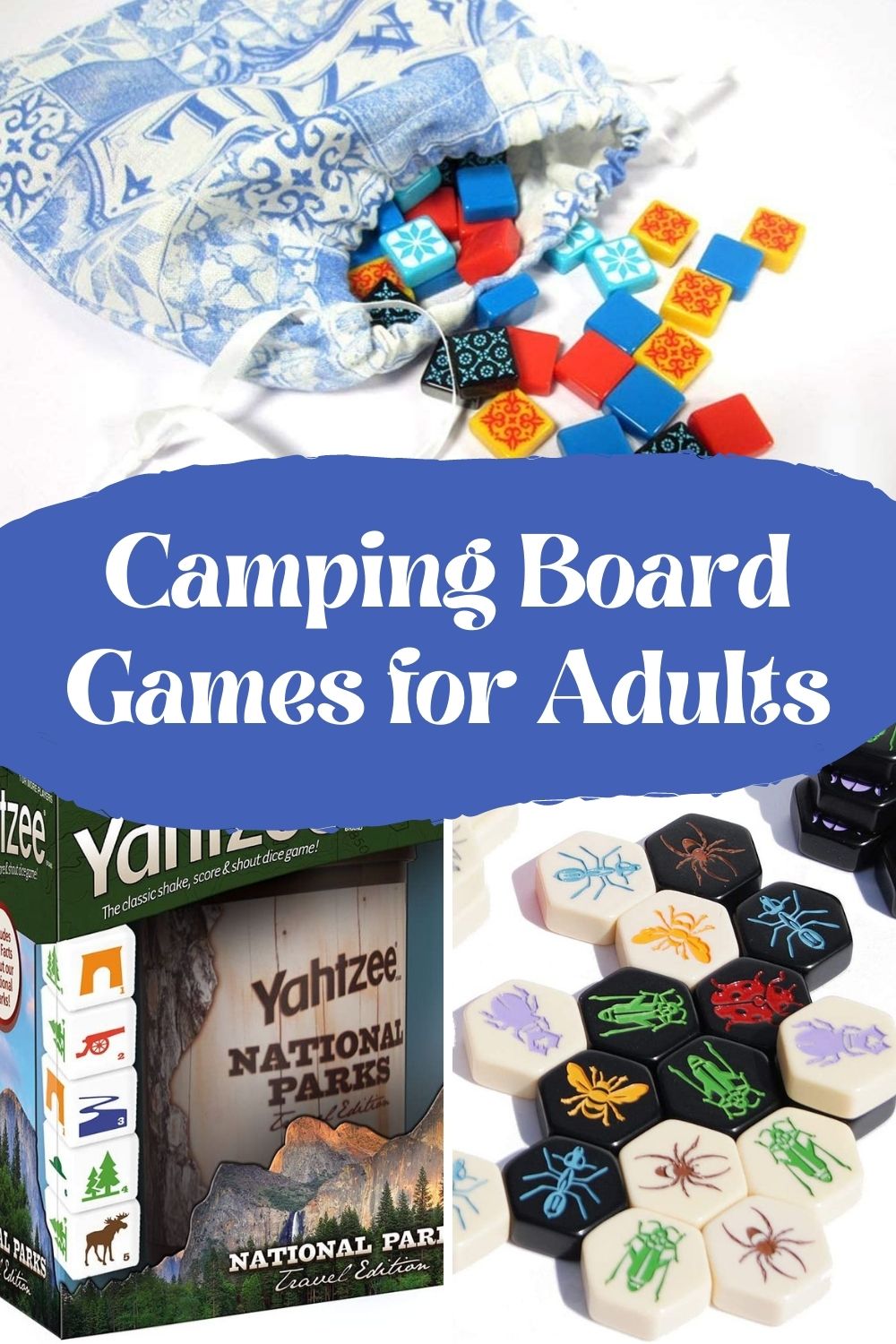 Yahtzee National Parks: The original version of Yahtzee is played with regular dice. However, the dice in Yahtzee: National Parks have images on them, instead of the usual pips. Roll the dice and score points for different combinations of images, which include things like a river, a hiker, binoculars, a canoe, a tree or a deer. A nicely themed dice game for your next outdoor adventure.