Summertime means camp time! I LOVED summer camp when I was younger, I can smell the Coppertone sunblock and red cool-aid now just thinking about it. One of my favorite things about camp was the wild and fun group games we all got to play together. As I got older, I even became a camp counselor and my main goal was to have the most spirited team and come up with the craziest of games.

These summer camp games involve campers and their counselors in activities designed to provide physical exercise; help build leadership skills, independence, and self-esteem; and are fun! These fun camp games for teens and tweens have active outside games and some for evening playing indoors and are perfect high school camp activities.

Some require preparation and equipment and some can be played anytime and anywhere with no prior preparation required. Read on to find the perfect camp game for your summer fun. 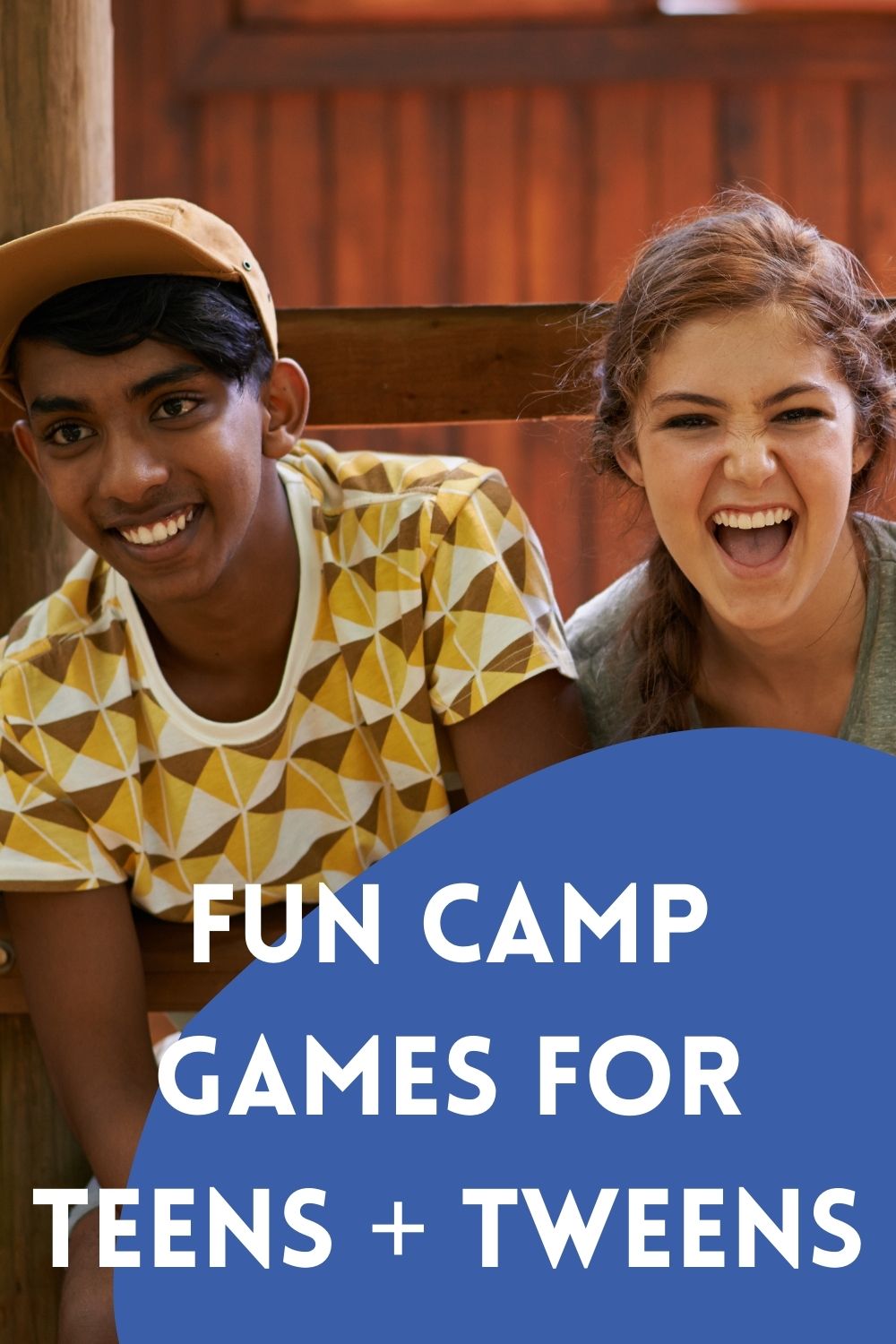 Sardines: An “opposite” hide-and-seek game, only one person hides. The other players search for the hidden camper and remain hidden with them when they find them. The loser is the player left when all the others have hidden. The loser becomes the next person to hide. 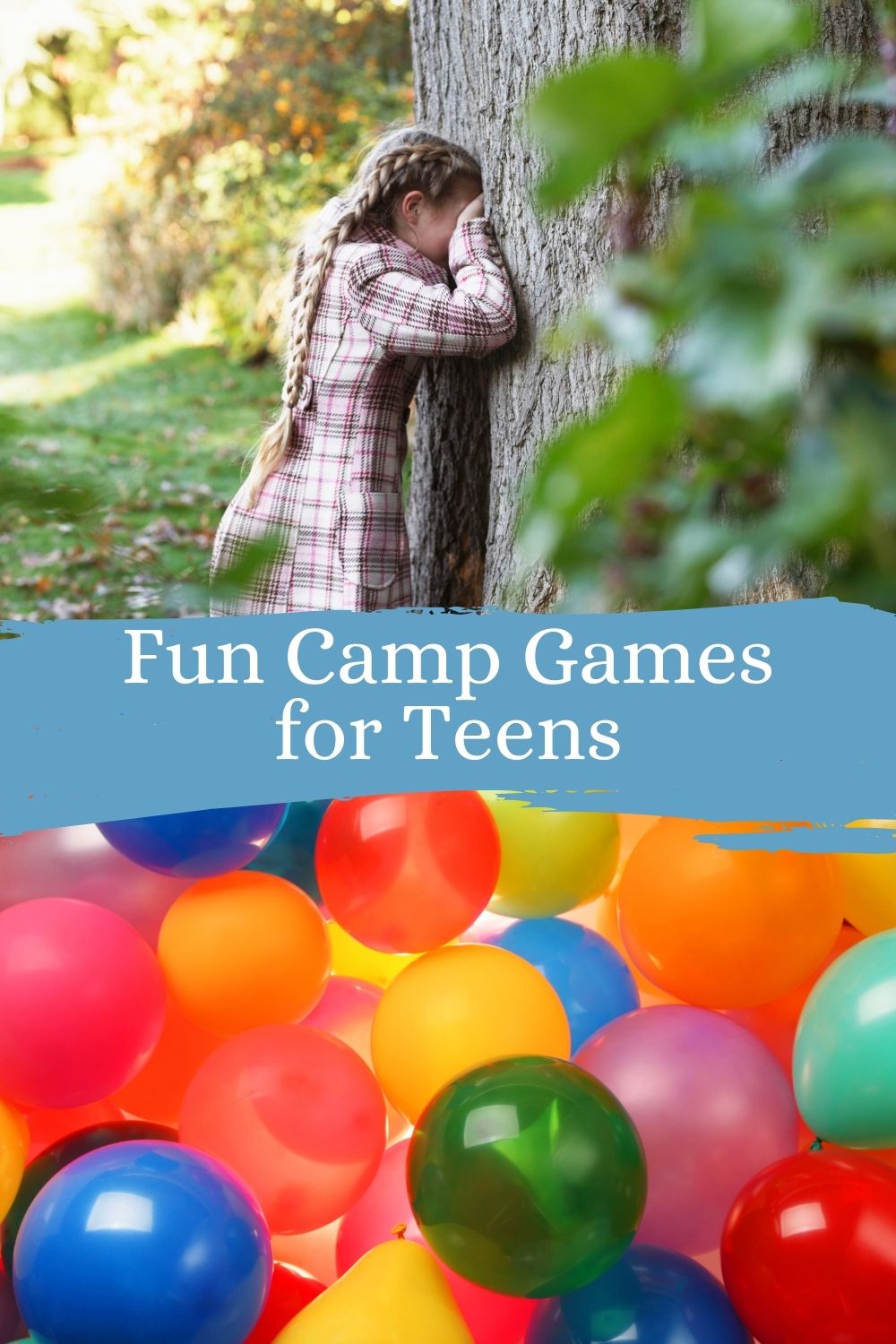 Balloon Basketball: Set up two rows of chairs approximately three feet apart. (No chairs? No problem. Just have the campers sit in a row on the ground or floor.) Assign each team a basket at one end of the facing rows. Divide your group into two teams and have them sit alternating the players from the two teams. Place a large basket, box, or clean waste container at each end of the facing rows. The object is to bat a balloon down the “court” and score a basket. If a player hits the balloon out of bounds, the leader awards the other team the ball to begin play again. Set either a time for play or a score to be reached for winning.

These fun camp group games are perfect for large teams, plus they will keep everyone moving, running, and active.

Capture the Flag: A popular children’s game great for camping, the object of this active game is to capture the other team’s flag. Divide your group into two teams. Designate a play area. Each team hides their flag on one side of the playing area. Teams attempt to find the other team’s flag. At the same time, team members must keep from being tag by members of the opposing team. If they are tagged, they go to “jail,” a designated area on the opposing team’s side. They only get out of jail if someone on their team manages to get to them without being tagged. The game ends when the time is up or when one team captures the other team’s flag.

Blob Tag: A type of reverse tag, the object is to be the last person left untagged. Designate one player to be “It,” and begin tagging the other players. Every time a player is tagged, they link arms with those who have already been tagged. As they do so, a blob of players forms. The person left when all the other players have been tagged and become part of the blob is the winner. 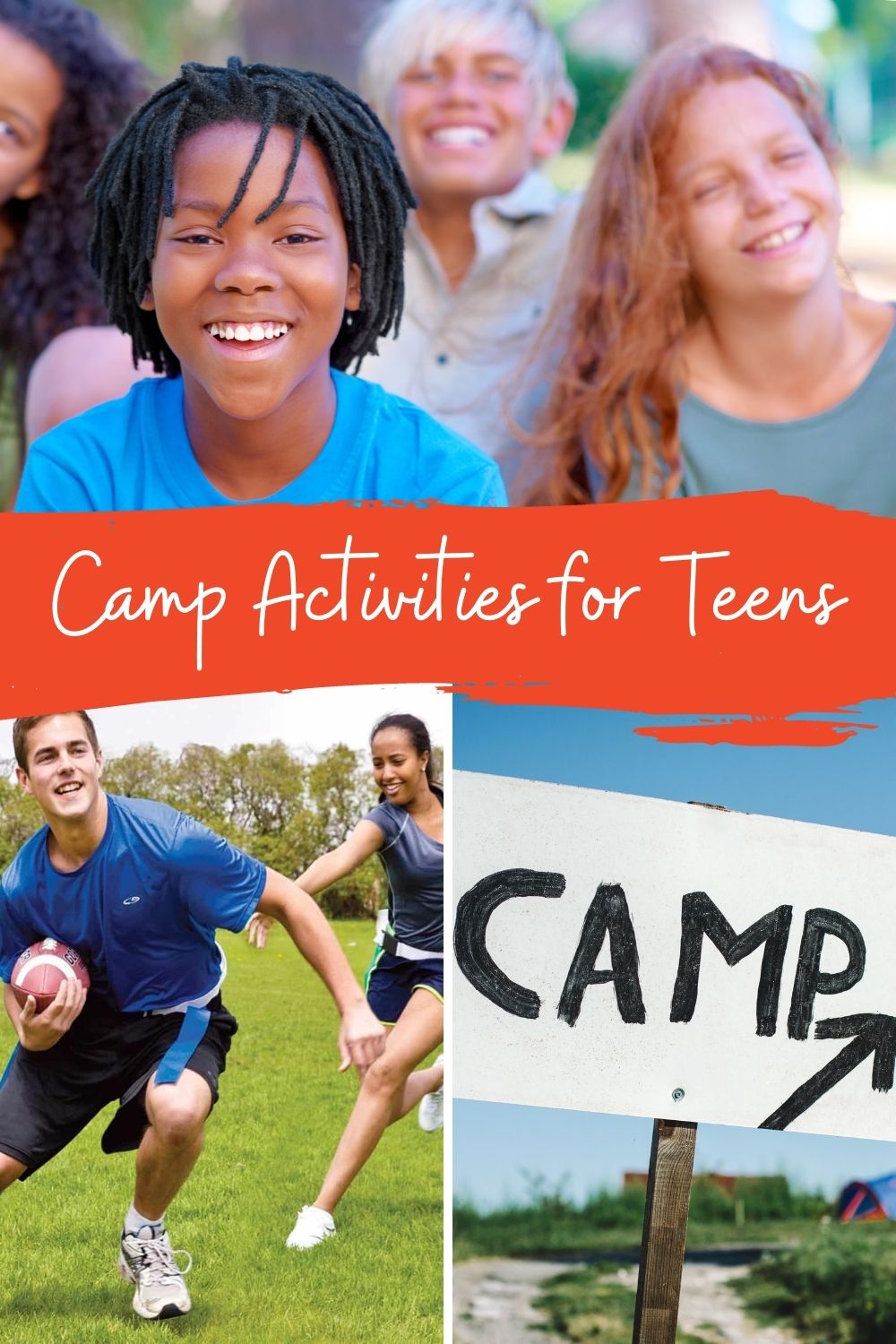 These interesting games for camps are perfect for having fun around the fire.

Skits in a Bag: Camp counselors gather items to use as props. Divide the group into teams of four to seven people. Give each team three props and tell them they must develop a skit using them. You may wish to choose a storyline theme for younger campers. Allow the teams 20 minutes to prepare their skits. If you wish, campers can prepare their skits early in the day for performing around the campfire at night.

Balloon Pop Camp Game: Divide your campers into pairs and provide each couple with an inflated balloon. The goal is to pop the balloon between their bodies without using hands or feet. It may be best to pair boys with boys and girls with girls to avoid embarrassment. The last pair with their balloon still intake wins. 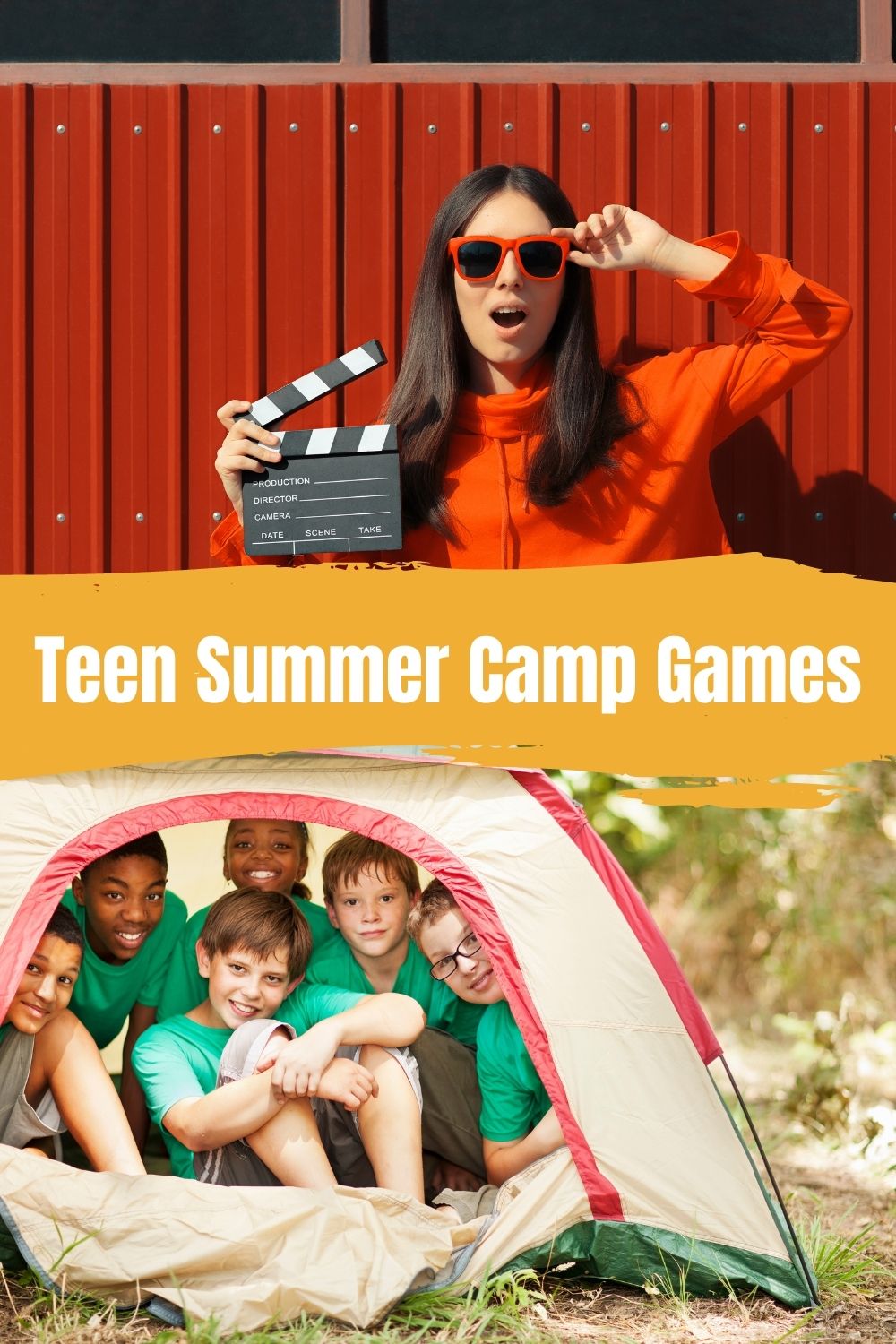 Yell Out: Gather your teen campers into a circle so that all players can see each other clearly. Have everyone put their heads down and close their eyes while a counselor counts to ten. When the time is up, campers look up and stare at someone. If the person they are staring at is staring back at them, they both let out a loud yell and leave the circle. Those who are not staring at someone who is looking back at them remain in the game. The last two people in the circle win.

If you like these camp games for teens, then you will love these other fun ideas.