Inside: Fun Halloween Party Games for Tweens and Teens.

Halloween is a fun time for tweens and teens, there is an excitement in the air. Although they are too old to go trick or treating, they are the right age for fun themed parties. One of my favorite memories growing up was going to a Halloween party when I was in the 8th grade, it was so fun, we got to dressed up, and giggled the night away.

These fun, easy, and somewhat spooky Halloween party games for tweens and teens are the perfect way to keep that spirit alive this Halloween season. 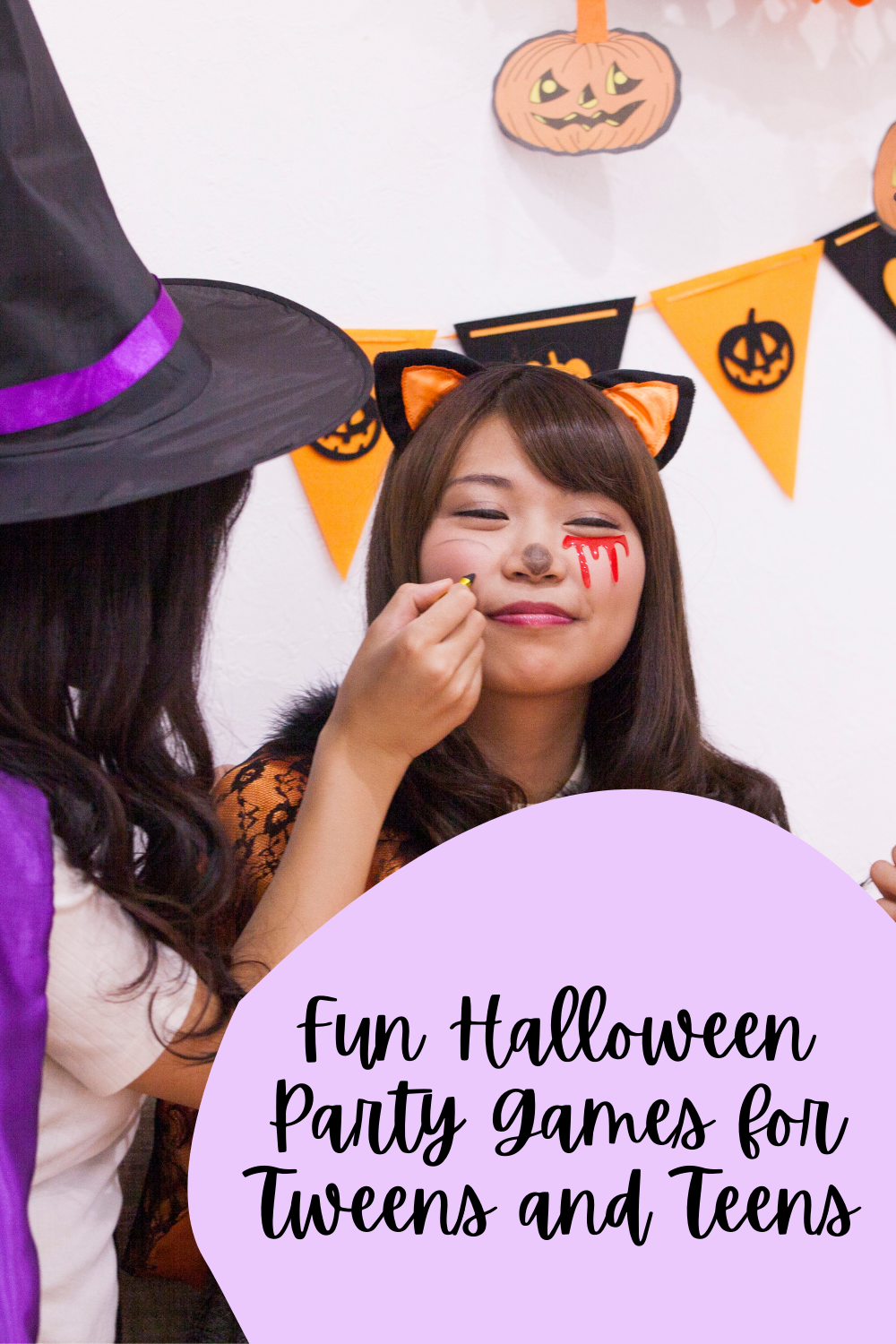 Apple Race: You’ll need an apple for each player. Players race on hands and knees while pushing apples with their noses to the finish line.

Balloon Stuffing Game: If your guests don’t come in costume, this is a fun game to play. Before the party, blow up lots of orange and black balloons. Divide players into teams, with one person on each team putting on a large sweatshirt or sweatsuit. On “Go”, both teams try to stuff their sweatsuit as full of balloons as possible.

Balloon Sweep Relay: You’ll need an orange or black balloon for each team and a broom. Divide players into teams. On “Go”, have them run a relay race by sweeping the balloon around the course and back to the next player for a turn. 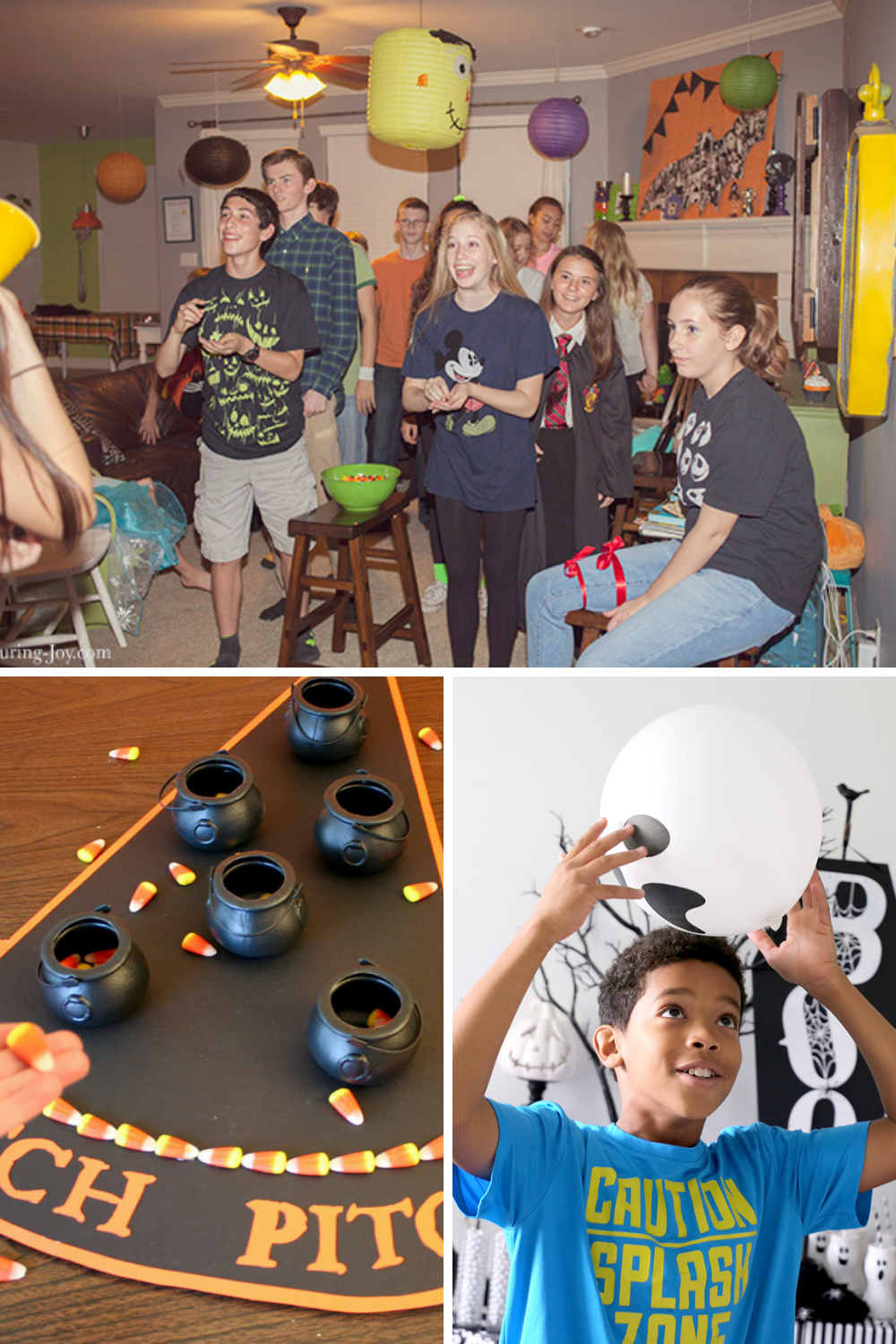 Halloween Who Am I?: Play the who am I? game, but with Halloween characters.

Budget-Friendly or Free Halloween Party Games for Tweens and Teens

Bobbing for Worms: Who bobs for apples when you can bob for worms? Place a worm on a paper plate (one plate for each player), and then cover with lots of whipped cream. Have players find the gummy worm(s) while keeping their hands behind their backs! 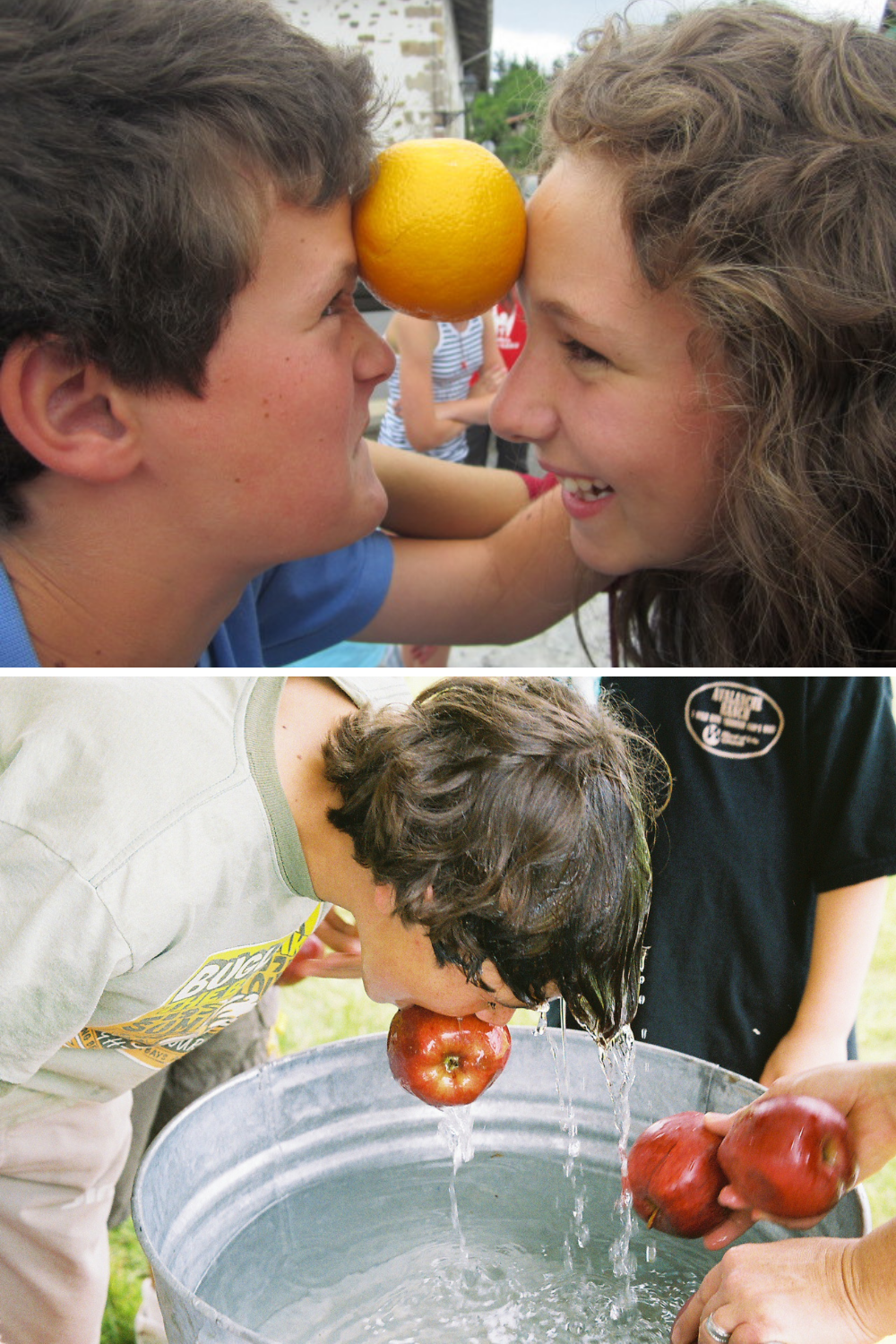 Candy Corn Guess: Fill a jar with candy corn and let everyone guess how many pieces are inside. The player with the closest guess wins when you use this Halloween party idea for teenagers!

Pass the Apple: Just like Pass the Orange, but with an apple!

Truth or Dare: Before the party, insert pieces of paper with age-appropriate truth or dares on them inside black and orange balloons. Blow up the balloons and at the party give each child a balloon. Have them pop, one at a time, and then tell the truth or do the dare, as listed. We’ve already come up with some great (and safe!) questions and dares for a truth or dare game.

Ghost in the Graveyard: Someone hides (The ghost) And then the other players try find the ghost. The first to find the ghost can’t be caught. The others then try to get back to a point decided earlier in the game without the ghost tagging them. If they get tagged, They are the ghost for the next round. The ghost is on again  if they don’t catch anyone.

Mr. Hal O’Ween’s Body Parts: This game goes by many names, but the general idea is the same. You can have the guests sit in a circle in a darkened room to pass the “body parts” around so everyone gets a feel, or you can let guests feel one at a time inside boxes (without looking). Afterward let teens try to guess what they are touching. Some ideas:
Hair – yarn, corn silk or a wig
Brains – cooked spaghetti
Heart – peeled tomato
Eyeballs – grapes
Tongue – banana
Teeth – popcorn kernels or small gravel rocks
Fingers – carrots or hot dogs
Nose – Carrot
Fingernails – almond slivers

Murder Mystery: For older kids, a murder mystery as one of your Halloween party ideas for teenagers might be fun! 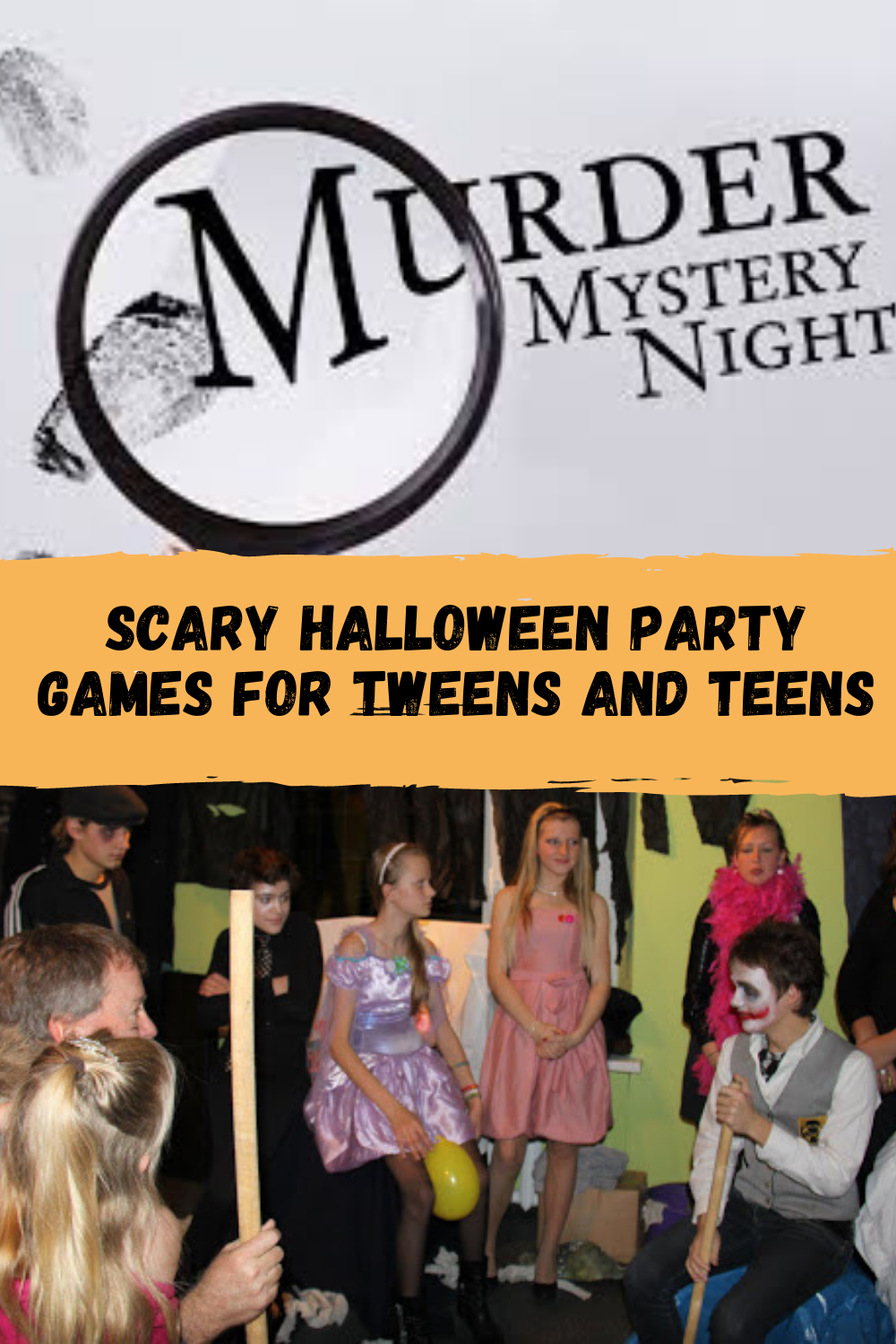 Spider Web Maze: Test the players’ teamwork as they try to untangle their strands of yarn to get to their prizes. This is sometimes also called a String Maze. You’ll need several skeins of yarn in different colors. This is very time consuming to set up but fun to do! You’ll need to set it up in an area away from the rest of your party, because you won’t be able to use this area at all until the string hunt is over. To set up, make a starting point for a string of yarn. Then thread the yarn all over the available area. Loop around, over and under objects, with a note or prize at the end. Create a string of yarn that loops around for each player. You don’t have to have a different color of yarn for each player, but it is nice to at least have a few different colors to help players be able to tell their strings apart from each other.

Tell a Spooky Story: Sit in a circle and let the host tell a story. They’ll start with a sentence to get the story rolling. Then the next person in the circle will tell what happened next in one sentence. Go around the circle 3 times to complete the story! (with a small group you may want to go around the circle more times than that)!

More Games You Will Love