Inside: Minute to Win It Games for Teens

Planning the perfect party for teens can be tough! They are in that weird stage where you can never really tell what is cool to them. Lucky for you we have come up with the best Minute to Win It Games for teens, all you need to do is pair it with some junk food and good music and you have the PERFECT party! 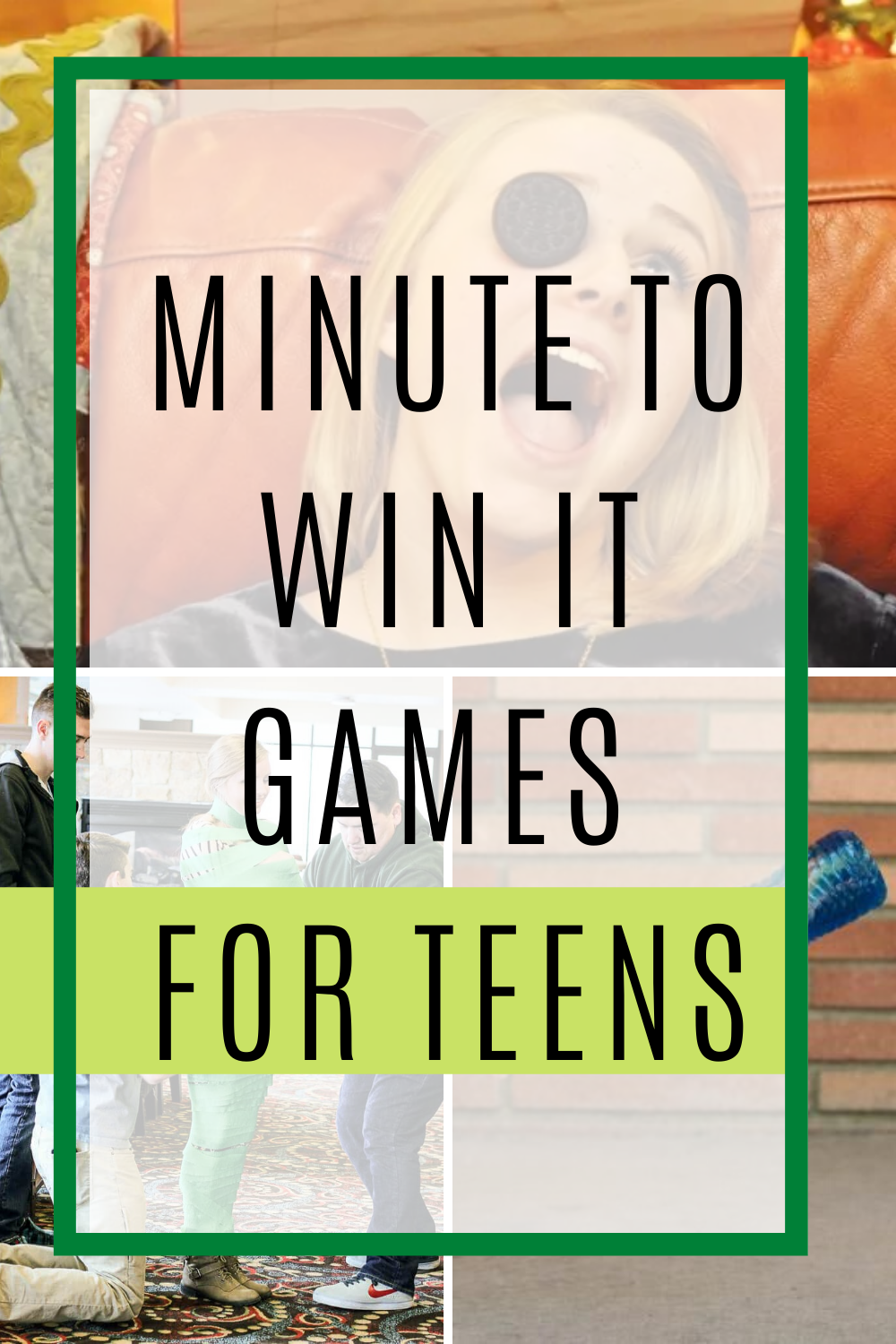 Minute to Win It Games for Teens

Letter Game: Split into pairs. Pick a letter and alternate saying names or words that start with that same letter. The player to hesitate first within the minute loses. This could also be played by going from A-Z instead of the same letter. Make it harder by picking a category such as foods, Disney movies or zoo animals.

Streamer Race: The player must unroll 2 rolls of party streamers using only their hands and arms. That means they cannot throw, kick, or grab the spool directly. They have to simply pull on the steamers to unroll. The first one to unroll it in 60 seconds or whoever unrolls the most wins!

Guess That Food: One person is blindfolded and others each pick a food item for him to taste and guess without seeing it. The player who guesses the most items right in a minute is the winner. Keep food allergies in mind! 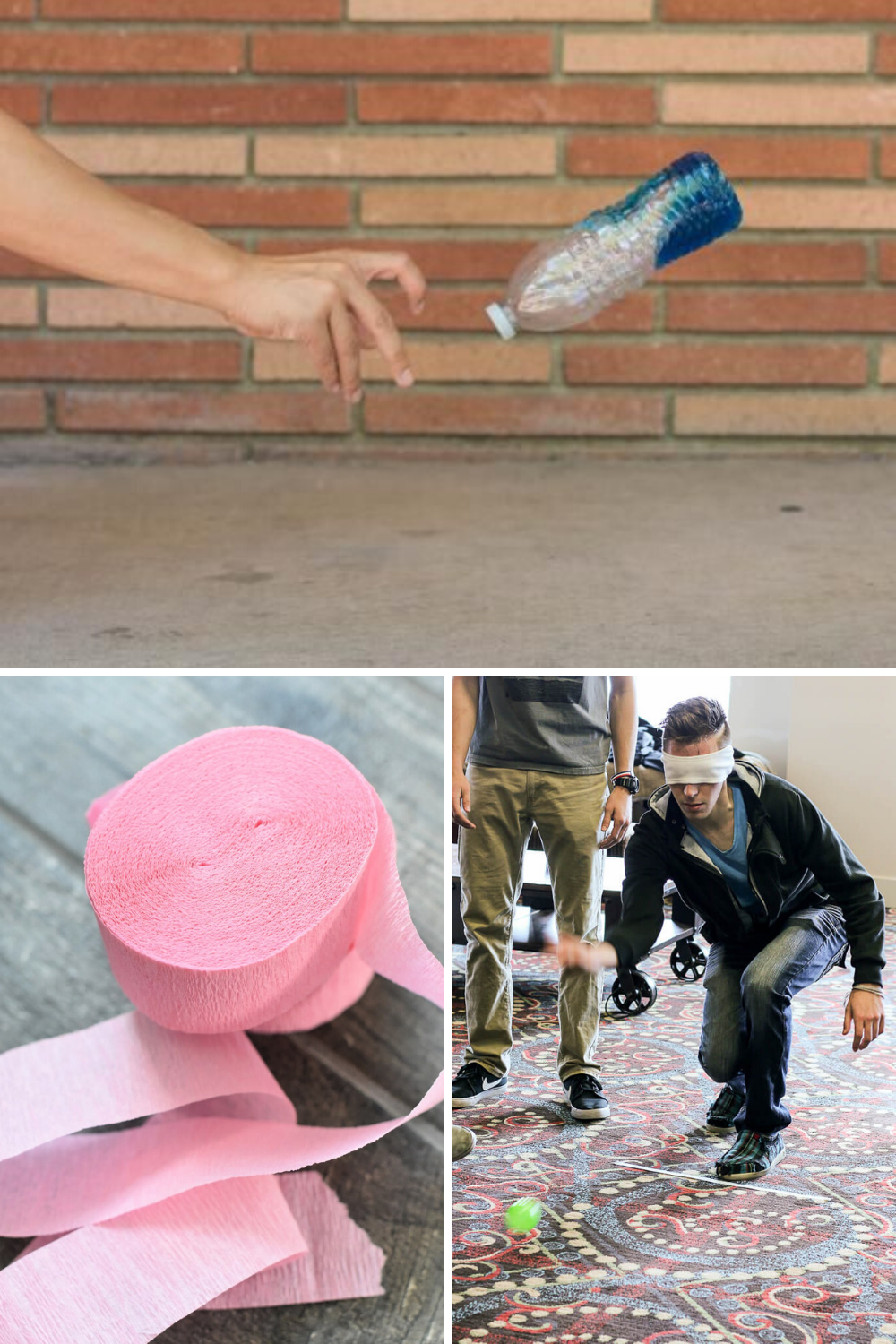 Junk in the Trunk: Wiggle a box that is attached to your waist filled with ping-pong balls until the box is empty. When the clock starts, players may begin moving their bodies to shake the ping-pong balls out. The first one to empty all their ping pongs within 60 seconds or empty the most, wins!

Blindfold Bowling: Set up several bowling pins. If you don’t have pins then you can use plastic bottles or cans. Then bowl blindfolded. Take as many turns within your minute.

Water Bottle Flip: Have players take a water bottle and ask them to flip it on the table in front of them. Whoever’s water bottle flips and lands perfectly the most times in one-minute wins!

Fun Minute to Win It Games

Wrap Around: Two players must use colored streamers and wrap the streamers around another player to wrap the player up like a mummy. Teams have one minute to completely wrap the other player up or to make the best overall mummy.

Runny Nose:  Players get into groups of two and each has a box of tissues. The pairs line up across from each other and prepare to start pulling out tissues. Once the timer begins, it’s an all-out race to see which duo can pull out all the tissues from the box first!

Face Cookie: If you’ve ever played minute to win it games before, you’ve probably played this one! Players must put an Oreo (or any other kind of cookie) on their forehead and get it to their mouth using only their face muscles (no hands). I’ve seen this done by using face muscles or by popping the cookie up and catching in your mouth – the former is definitely easier but not as fun! 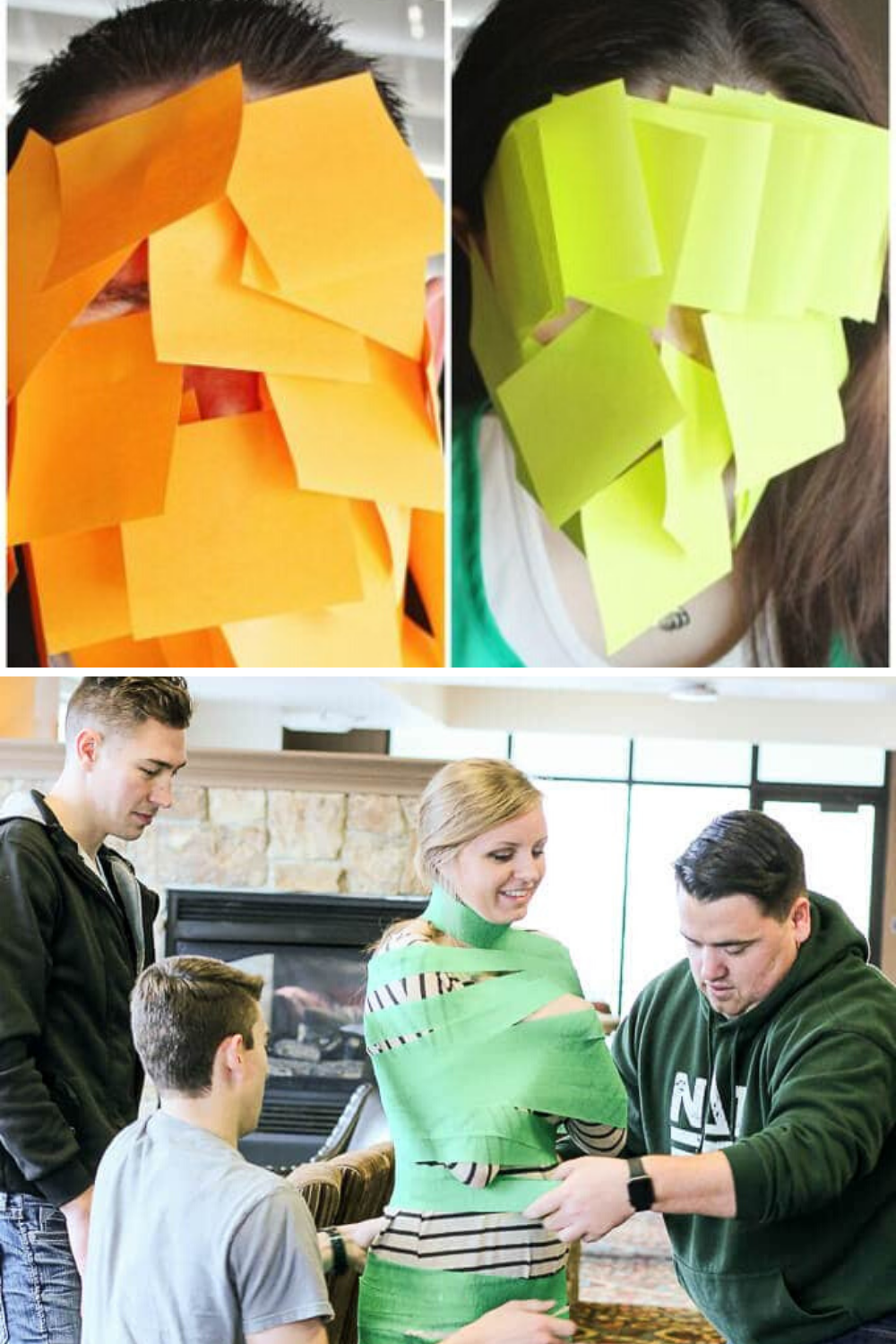 Sticky Face: This is such a funny minute to win it games for teens! Grab a stack of sticky notes and race the clock to see who can put more sticky notes on their face first!

Skittle Sort: Pick up the speed, this quick game is super fun! Sort a pile of about 75 skittles into the corresponding colored cups with one hand!

Marshmallow Toss: One person has to throw mini marshmallows one at a time to their teammate who is standing about 4 feet away.  The catcher has to catch them in an empty paper cup.

Race the Clock with These Fun Games

Noodle Pick Up: The person holds a spaghetti noodle in their mouth and tries to pick up as many ziti noodles as possible, without using their hands.

Eat it Up: Place the end of an unwrapped Fruit by the Foot into each player’s mouth.  The object of the game is for the players to eat it as quickly as possible without using their hands.

Pudding Put Down: Players had to suck an entire cup of pudding only using a straw.  It was very hard and multiple straws did not help.  For me, it makes me a little grossed out, but it is SO FUNNY TO WATCH! 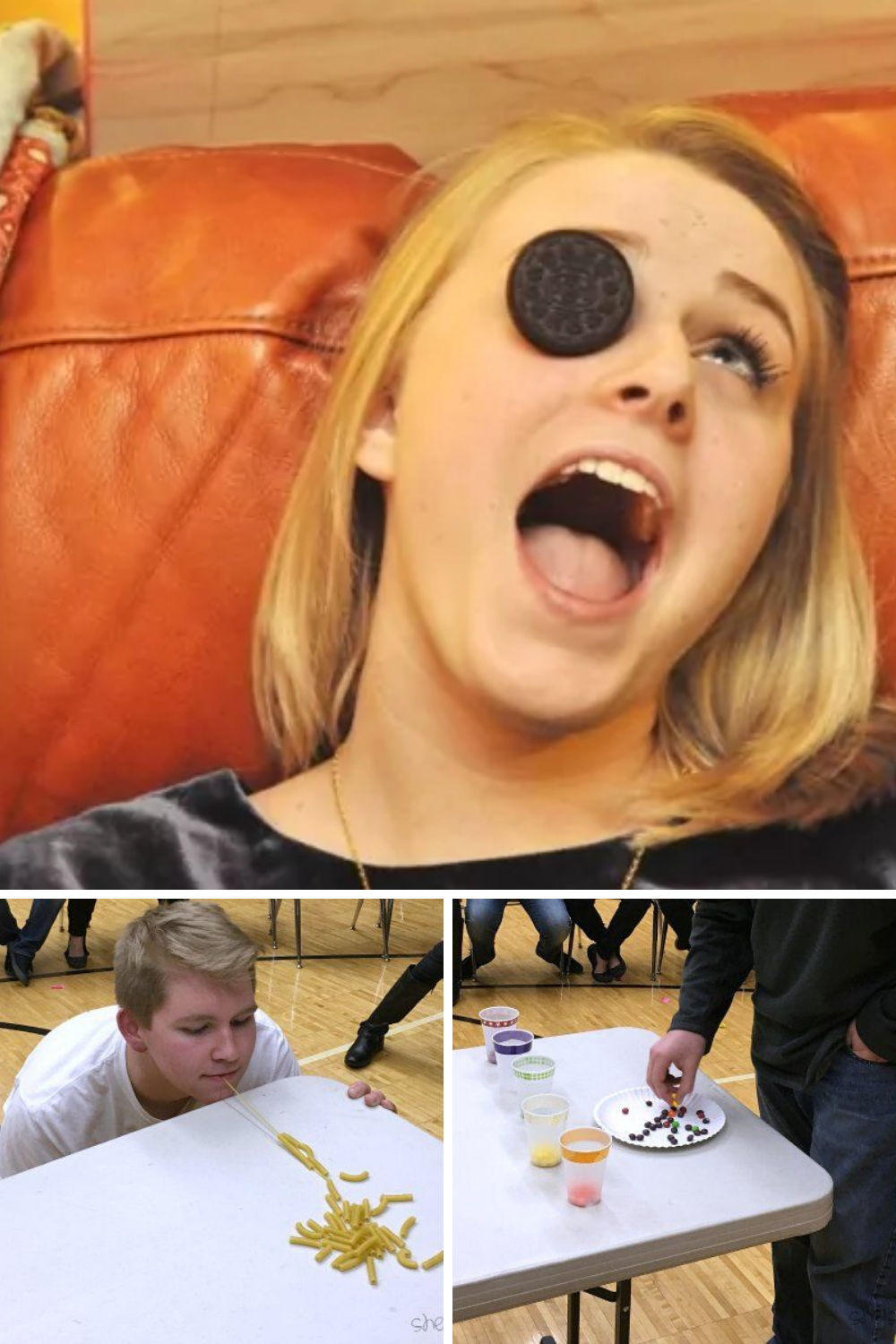 Sticky Balls: Players roll marbles from one side of the table to the other, trying to get as many as possible to stick on double-sided tape.

Starburst Stack: One person puts a popsicle stick in their mouth.  The other person stacks as many starbursts as possible onto the end. Once your starbursts are stacked, you must hold for 3 seconds to win!

Check out this Funfetti Chex Mix to serve while they are playing these super fun Minute to Win It games for teens! Let us know in the comments which minute to win it game your teens loved the most!