One of my favorite things to do is gather up my friends, put together a good cheese board, have some wine, and play totally fun board games. Now, I can’t give you the best advice for the perfect cheeses and tastiest wine, but I have one heck of a round up of the best board games of 2020!

Trust me, each of these is PERFECT for your next game night. 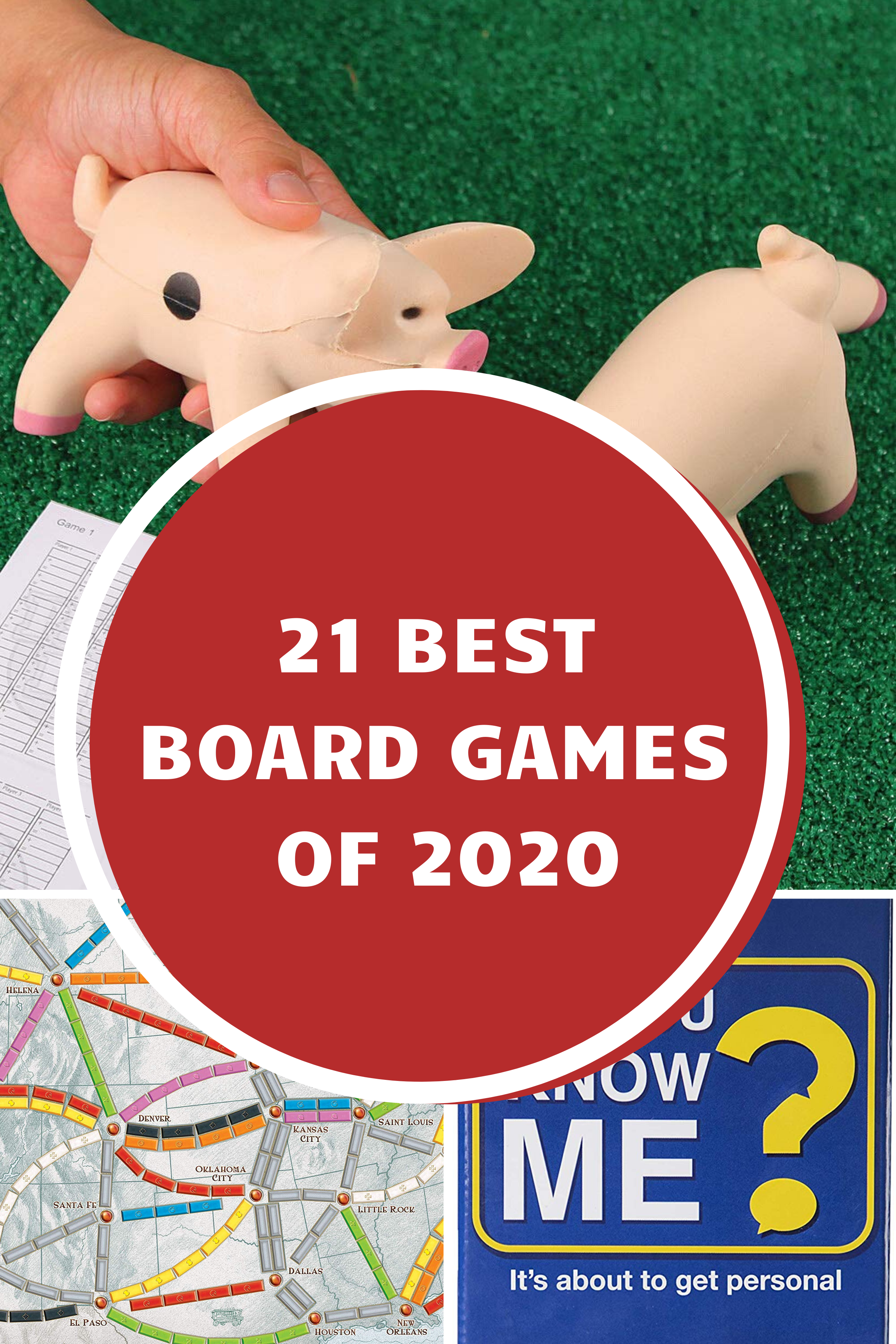 There are so many different types of games, from long critical thinking to quick and fun! Each of these games are made for a good time!

Not Parent Approved: You can’t tell by the name but this game is meant for kids, adults and anyone in between. Buyers said that it had them laughing the entire time.

Candy Land & Connect Four Mashup: Two classic games mixed to create one of the best board games of 2020! Combine the strategy used in Connect Four with luck involved in Candy Land and you’ll have everyone wanting to play another round.

Flying Sushi Game: If you thought sushi was just meant for eating, you need to think again! The Flying Sushi Kitchen game will bring everyone together during a fun and exciting challenge to be the best chef in the room. Pluck flying pieces out of the air with chopsticks, make your sushi creation on a platter and be the first one to make $25 worth of orders. 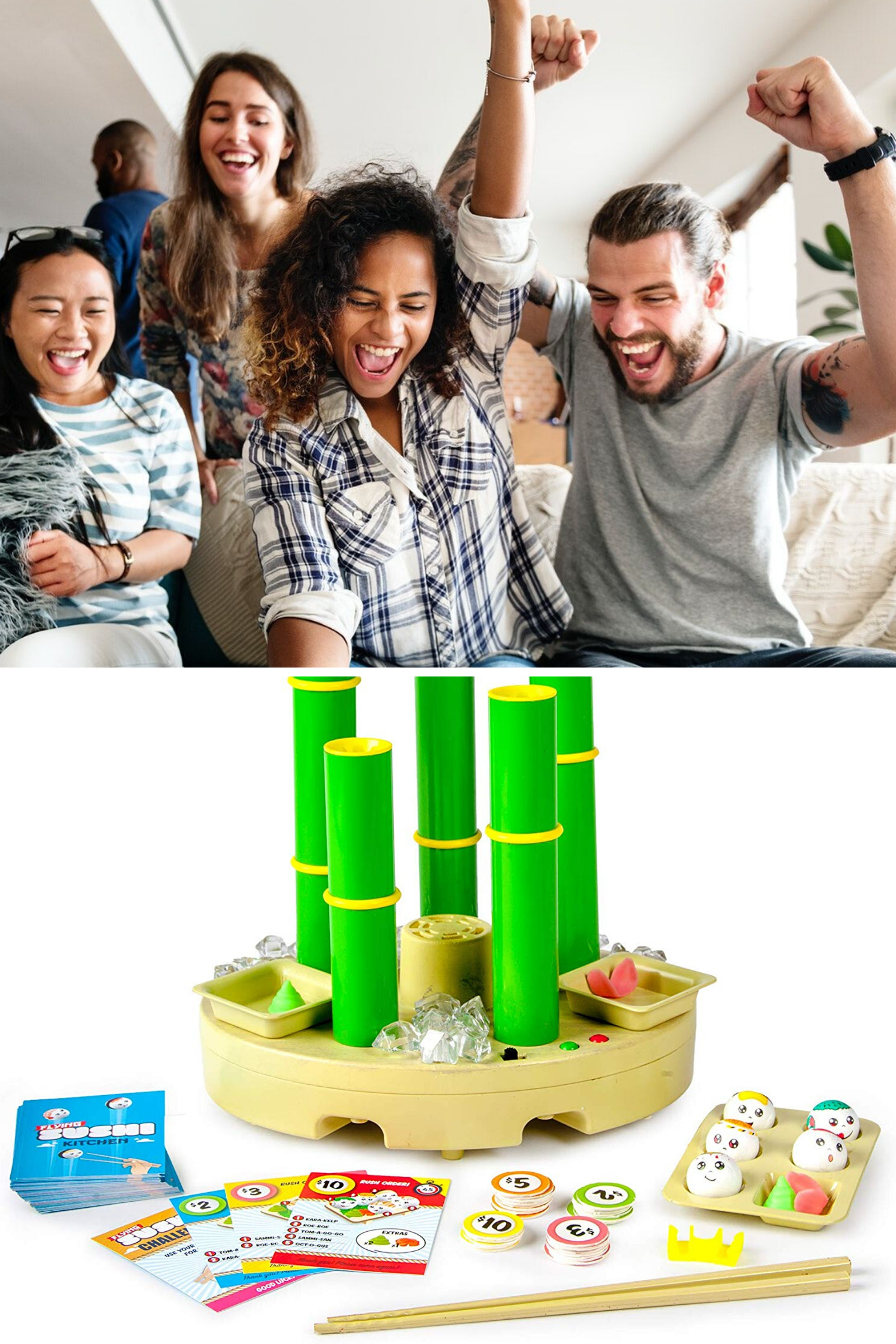 The Voting Game: similar to “Who’s Most Likely To.” Players take turns reading questions while the other players vote on who that question applies to best.

Catan: This is my all-time favorite game! Totally one of the best board games of 2020! This popular civilization-building board game of harvesting and trading resources definitely takes some time to get used to — but once it clicks, you won’t want to stop playing!

Pandemic Board Game: This thrilling board game is all about saving humanity.

Do You Know Me?: Each player takes a turn in the hot seat, with the player to their right reading a set of five hilarious yes-or-no question cards about them. The group then tries to guess whether the answer is yes or no using their voting cards.

Code Names: Both teams then compete to see who can guess all of their agents with one-word clues to get multiple words on the board.

What do you Meme?: Compete with your friends and family to create the funniest memes. The judge then decides the funniest pairing, and whoever plays the winning caption card wins that round.

Taboo Midnight: This adult-rated version of Taboo is all giving the best clues. Players need to get their partner or team to guess the target word on your card without using any of the forbidden words listed. 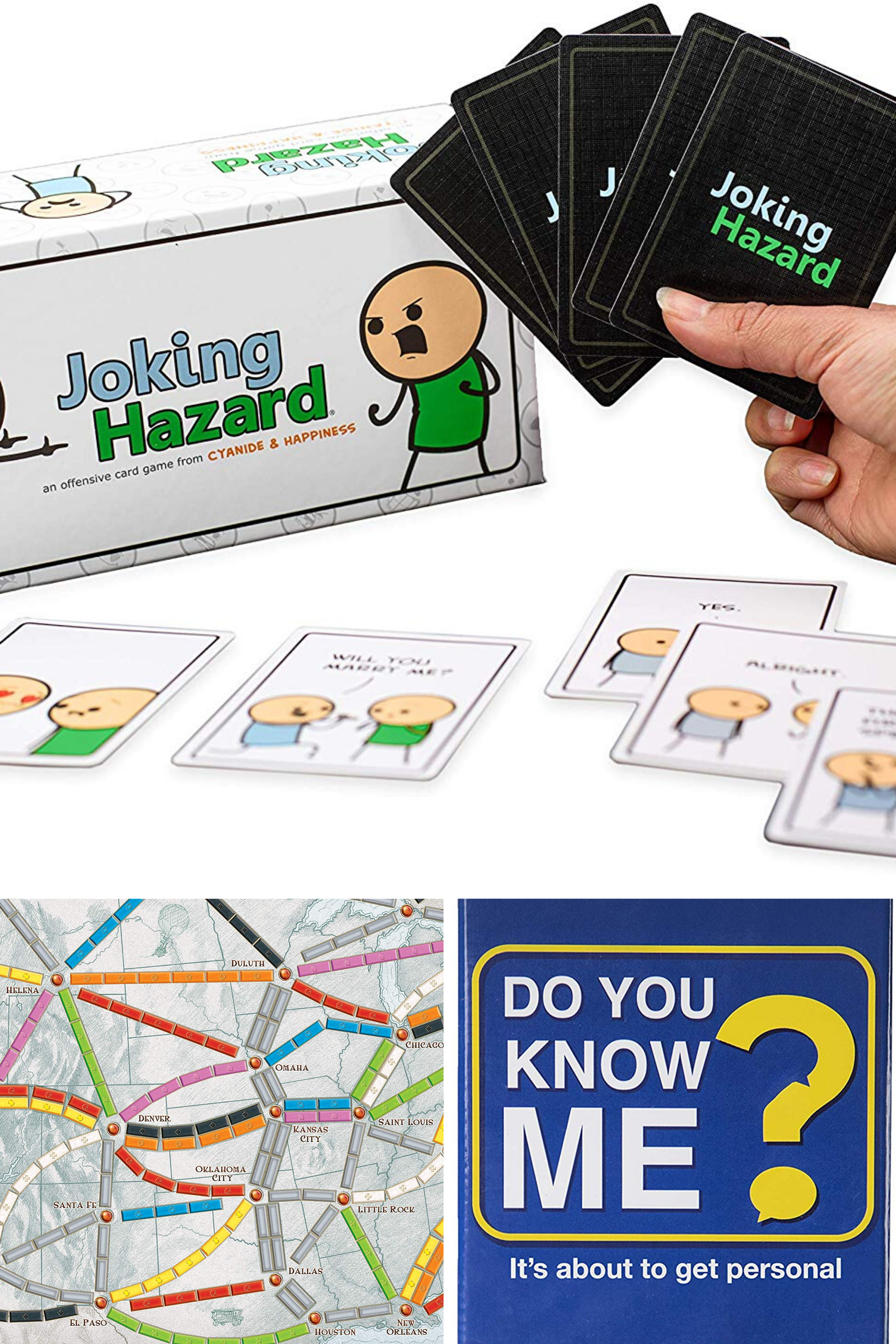 Joking Hazard: Joking Hazard is definitely not a kid-friendly game. Three or more players compete to build funny and terrible comics about friendship, violence and everything in between. Whoever has the most chosen cards at the end of the game wins.

Clue “Game of Thrones” Edition: If you and your friends are a fan of the HBO show Game of Thrones, then you will LOVE this game! It is on the top of my list for best board games to play in 2020!

Ticket to Ride: While it takes some time to get the hang of the rules, you’ll be a pro in no time!

Best Board Games for Groups

Scramble Twister Game: This game combines two fan favorites in one. The classic fun of Twister and the pensive challenge of Scrabble will get everyone moving in no time. Spell words on a giant mat filled with letters and watch your friends get tied up — literally!

Monopoly Speed: Monopoly is a timeless game that will keep people busy for a couple of hours on end. The hard part? Sometimes it takes a bit too long. Not anymore! You can finish Monopoly Speed in just 10 minutes without forfeiting any of the excitement.

Pass the Pig: This Pass The Pigs dice game isn’t exactly a board game, but it would definitely be a great addition to your collection. Each player tosses the pigs and they gain or lose points depending on how they land. Whoever reaches 100 points first wins the game. 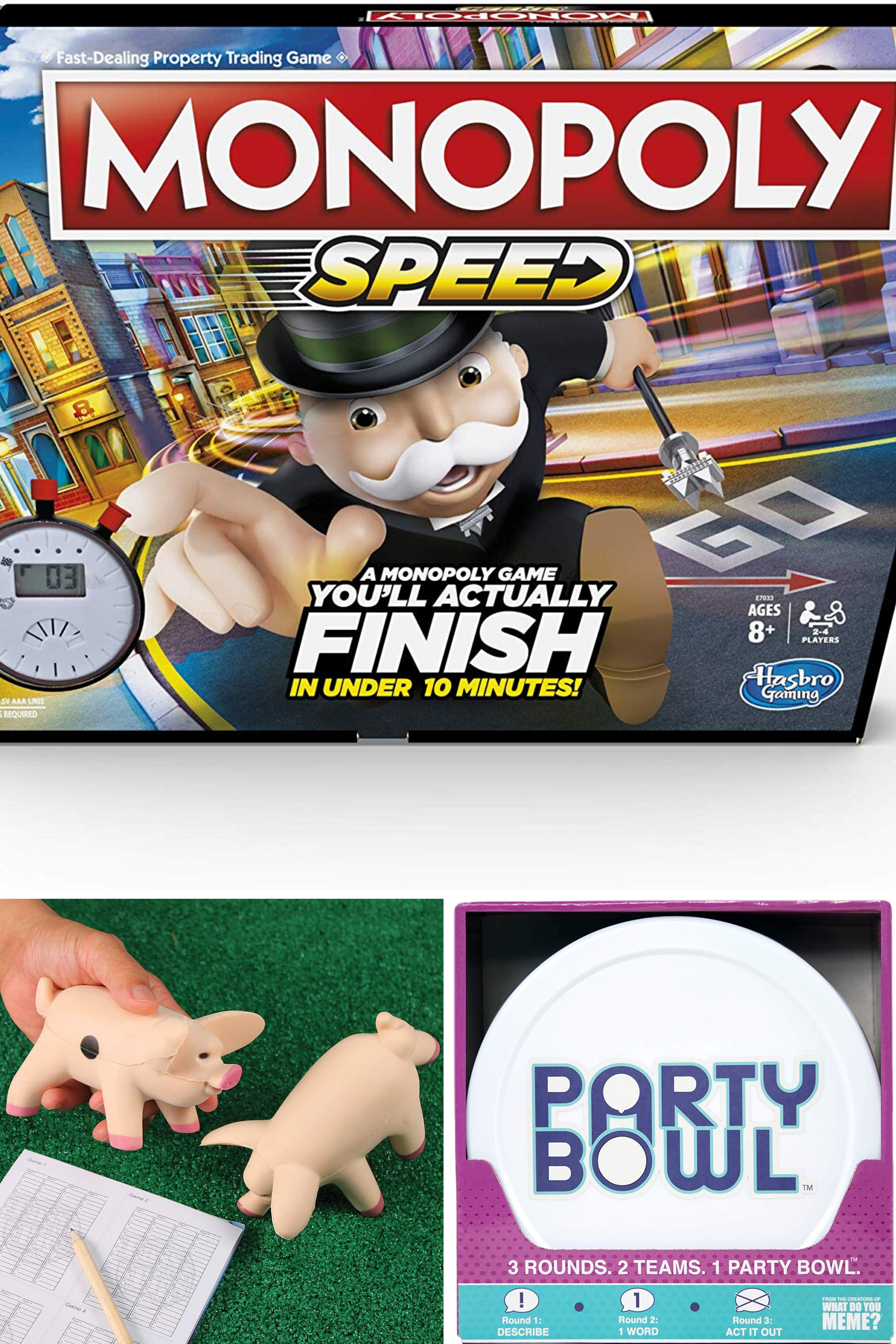 LRC (Left, Right, Center) Game: Left, Center Right is a fast-paced dice game that includes 3 dice, 24 playing chips and a list of instructions. Players compete by rolling the dice, passing their chips and aiming to take home the center pot full of chips

Party Bowl: Party Bowl is bound to become an instant hit in your household. In this game, players split into two teams, come up with words about themselves based on prompted cards, then toss them in the Party Bowl. Next, each team tries to guess the person behind the cards.

Taboo & Speak Out Mashup: You won’t be able to keep a straight face when playing this game. Prepare to laugh while watching your friends and family struggle with tongue-tying challenges.

Now that you have the greatest list of the best board games of 2020, let’s party! Let us know in the comments your favorite!