Dive into the virtual world and have a blast with these totally cool and widely fun video game ideas. I don’t know about you but in this house, we have a few video game lovers who would LOVE to have a video game themed birthday party!

From group games to virtual reality here are a few of our favorite video game ideas for a video game birthday party. 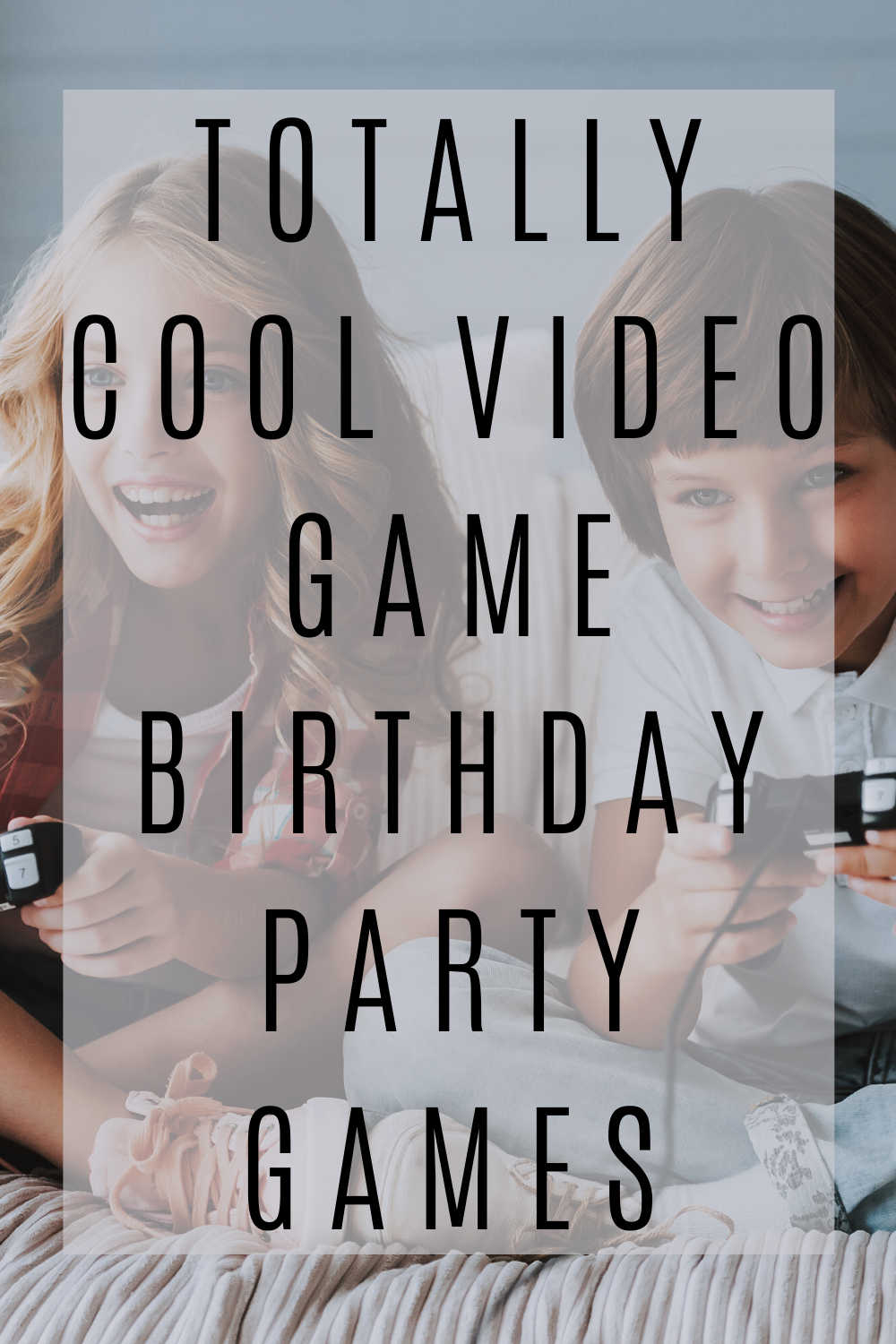 Mario Party: Mario Party is a party video game series featuring characters from the Mario franchise in which up to four local players or computer-controlled characters compete in a board game interspersed with mini-games. I am not going to lie, this is my favorite Video Games. We play it with friends any chance we get! It’s a great game to play during a birthday party because you can play with lots of people and its fun for every age. 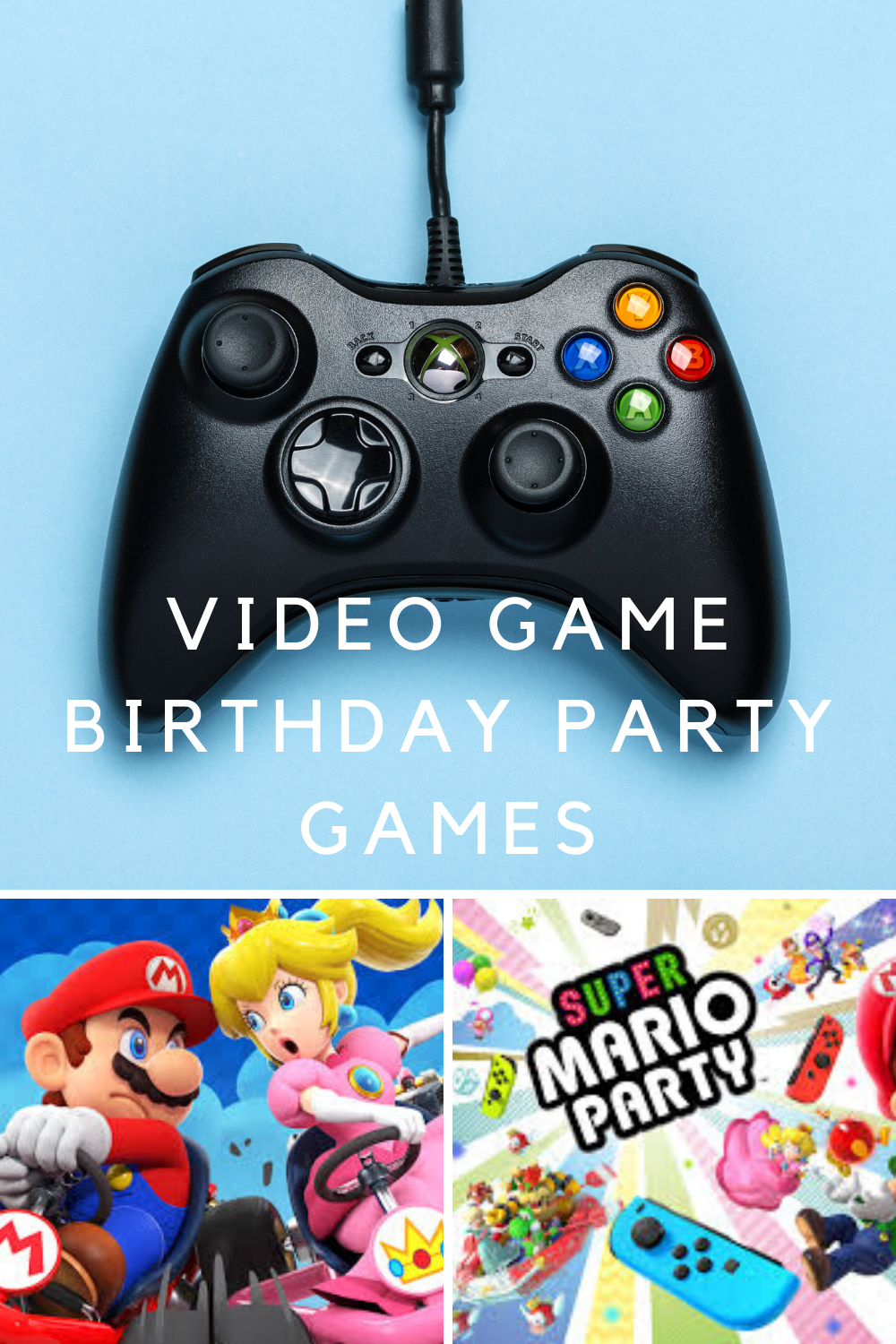 Mario Kart: Put your driving skills to the test with Mario Kart. This is such a classic and fun video game for a group of player to have fun and play together. You could even set up a tournament-style and see who the big winner is.

Smash Bros.: Fight it out against your favorite Nintendo characters to see who rules them all.

1-2 Switch: We love playing on our switch! The 1-2 switch games are full of fun and are sure to bring tons of laughs to all players! From rocking a baby to finding your way through a maze they truly have every game.

Rock Band: Find your inner rockstar and compete to be the best of the bands! You are sure to see everyone’s wild side during this video game fun. 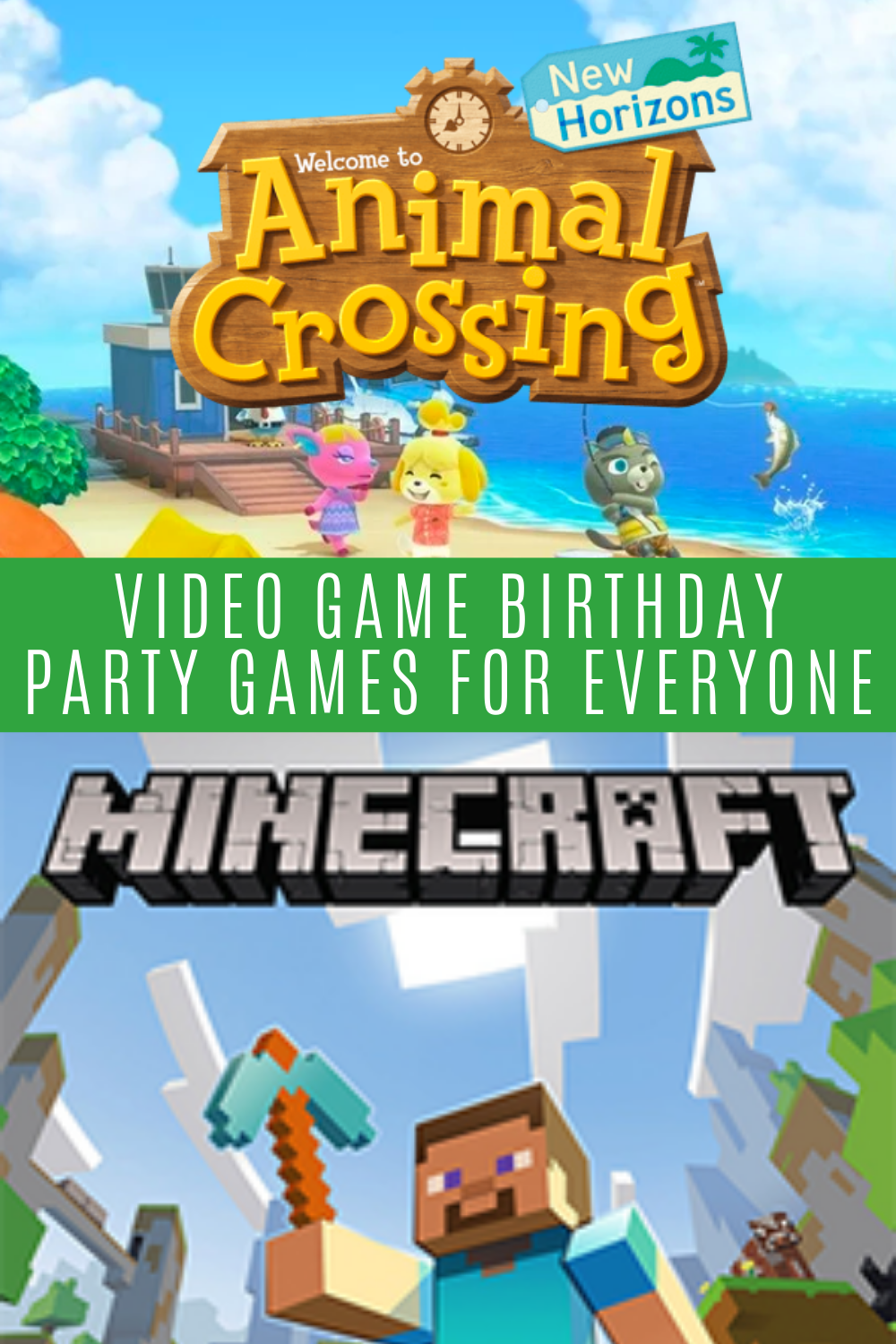 Minecraft: Build the world inside your imagination, the possibilities are endless. This super cool video game provides hours of fun and endless creativity.

Just Dance: Get those hips moving and jazz hands grooving because it’s time to have a dance battle.

Rocket League: Rocket League is football played with rocket cars, easy to learn but with plenty of room to develop your skills. With multiple modes for different numbers of players, this will easily fit into your schedule.

VR Place: If you don’t own a VR set, one party idea that I love is heading to your local VR place and renting out a few booths for a couple of hours of fun. Each player can take turns playing different types of games they love!

Then head home for some pizza and cake and you have yourself the perfect video game birthday party. 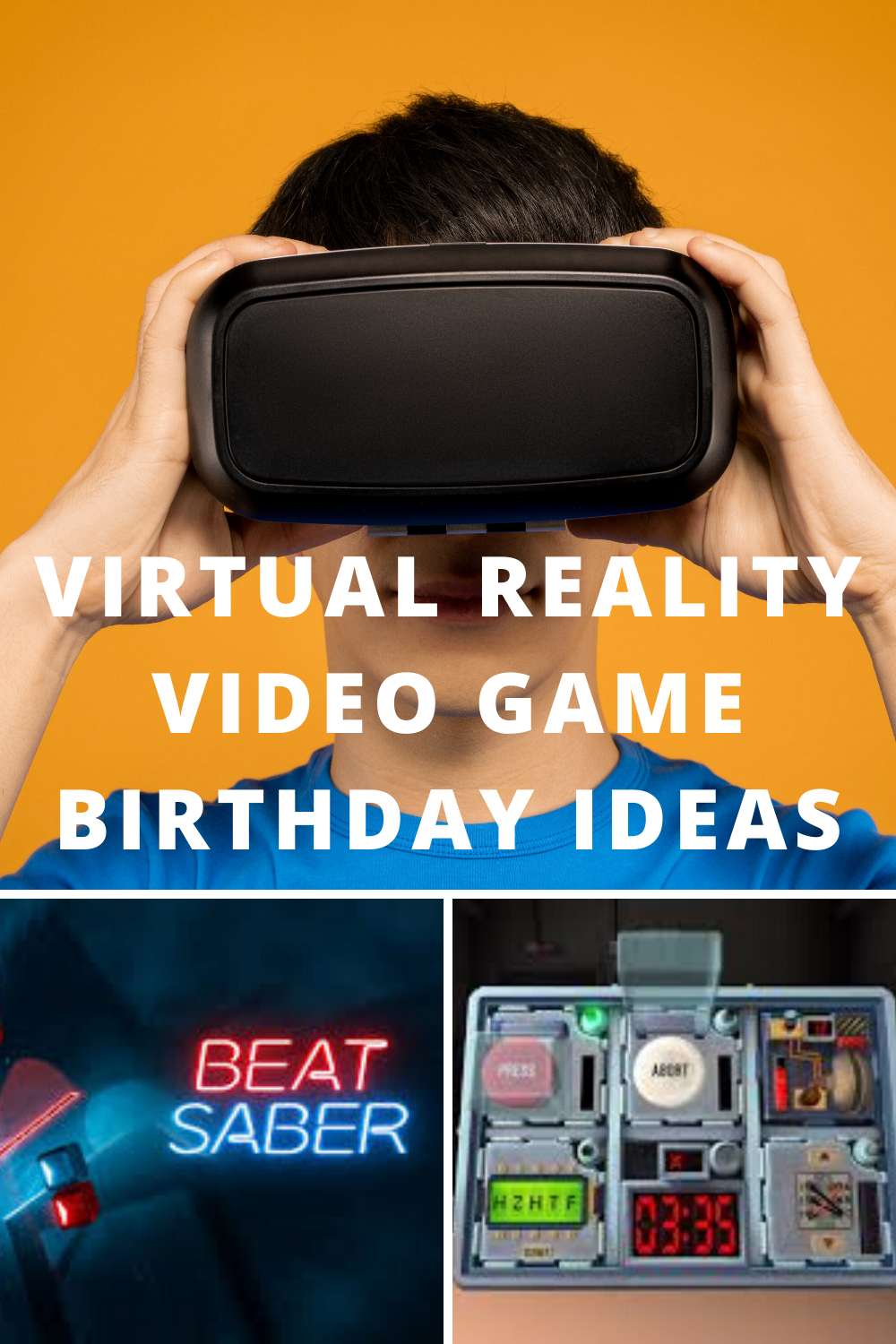 Beat Saber: Beat Saber is a unique VR rhythm game where your goal is to slash the beats (represented by small cubes) as they are coming at you.

If you still need a little game inspo, check out these other great game ideas!

Let us know in the comments your favorite video game birthday party games.