Inside: The 19 Best Board Games for Two People.

Board games are the perfect reason to set aside your phone and really enjoy someone else’s company. For me, board games is really how my husband and I really connected when we first met each other. To this day, after knowing each other for 10 years we play a board game at least 4 nights a week.

I know it sounds excessive but we LOVE games, clearly. But we really love playing games together, part of it is because we love competing against each other but the other is just because we love spending time with one another. 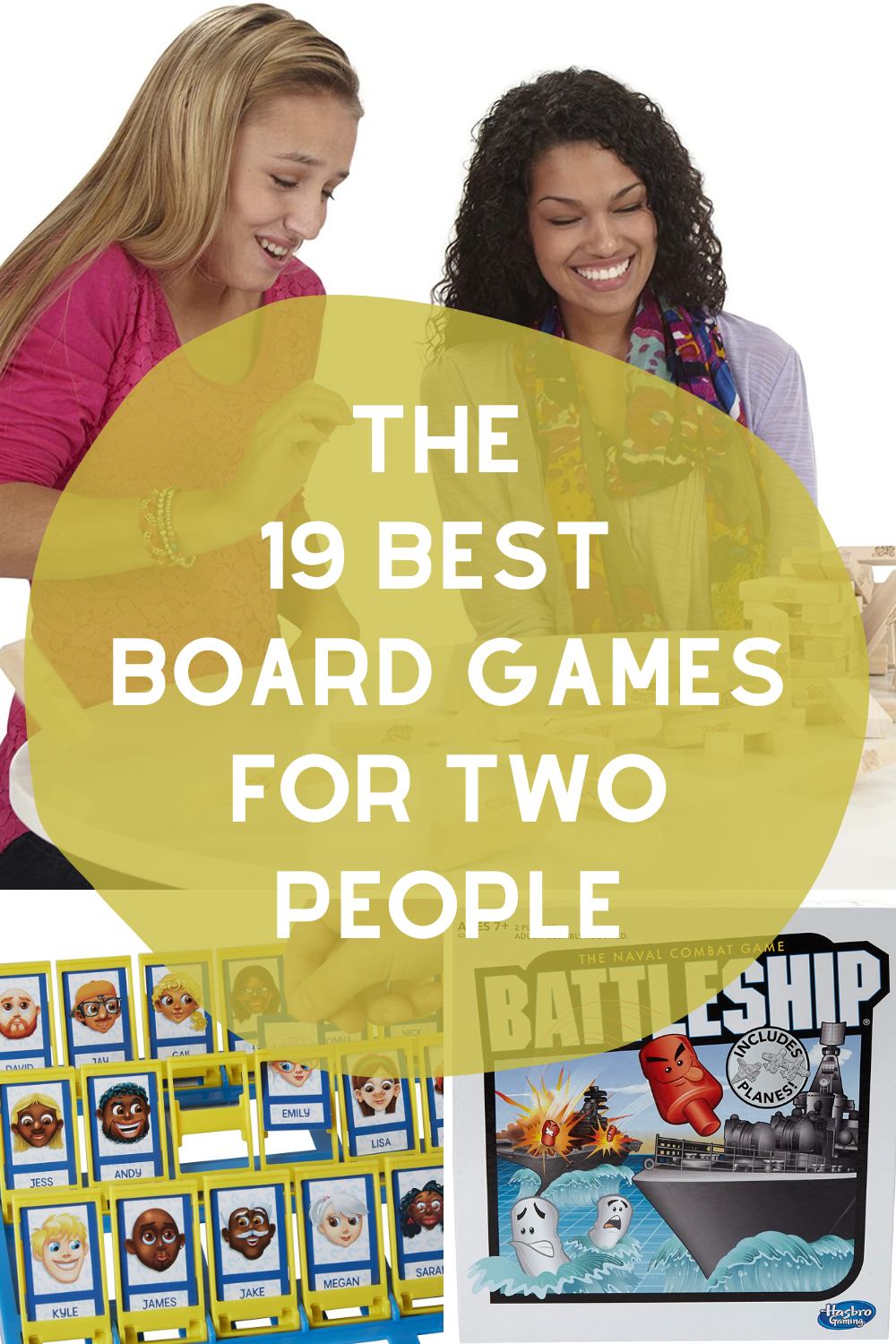 Over the years we have come up with a pretty darn good list of 2 player board games! Some of these are new, some are classics, and some are newer renditions of the classics we love — but they all can be played with just two people. Now it’s time to clear the table and get ready to play. Here are our favorite board games for two people!

The Best Board Games for Two People

Bananagrams: Bananagrams is a much-loved simplified version of Scrabble. Players fight to complete their own crossword and use up their tiles before their opponent—no tallying of scores required.

Qwarkle: This game is part strategy and part luck-of-the-draw. Earn points by matching tiles according to their shape or color until no tiles remain in the grab bag – the opponent with the most points in the end wins.

Topple: The opposite of Jenga, Topple requires players to ADD pieces to the platform without it tipping and losing everything. 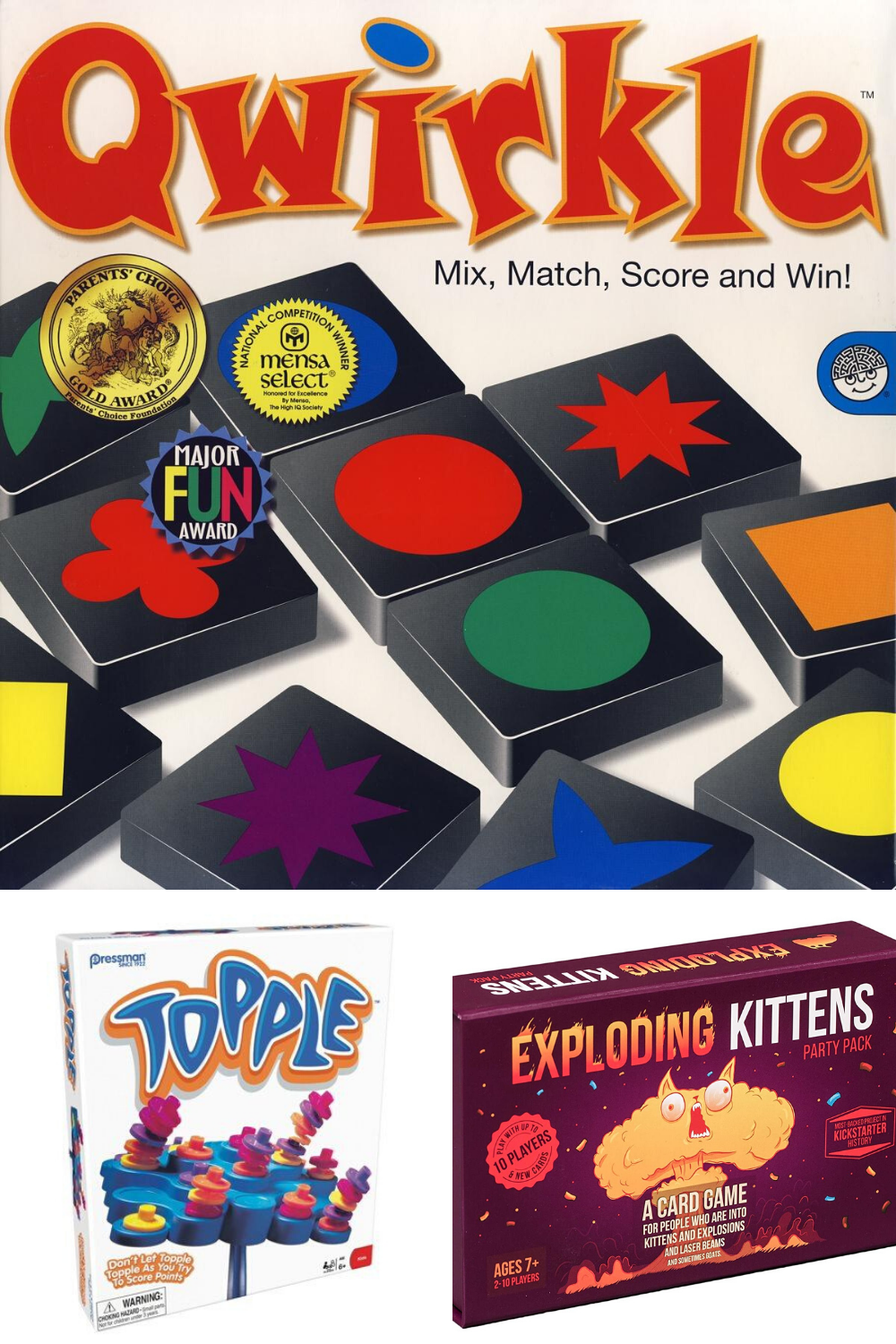 Trivial Pursuit: This crowd-pleaser can also be played one-on-one. Players move around the board answering trivia questions along the way to earn little colored triangle playing pieces that represent different categories. The one to complete their “pie” of triangles first wins.

Exploding Kitten: A mash-up between Uno and Russian Roulette, this game requires players to draw cards from a stack (and follow the instructions on them) until someone pulls the “Exploding Kitten” card and loses the game.

Strategy Board Games for Two People

Carcassonne: In this strategy game, players arrange tiles to create the geography of an area and then position specific game pieces on different areas to claim them and earn points.

Ticket to Ride: Don’t worry, you don’t have to be a train hobbyist to appreciate this one. The fight is on to control a longer train route than your opponent by collecting cards of certain train cars and fulfilling “goals.” 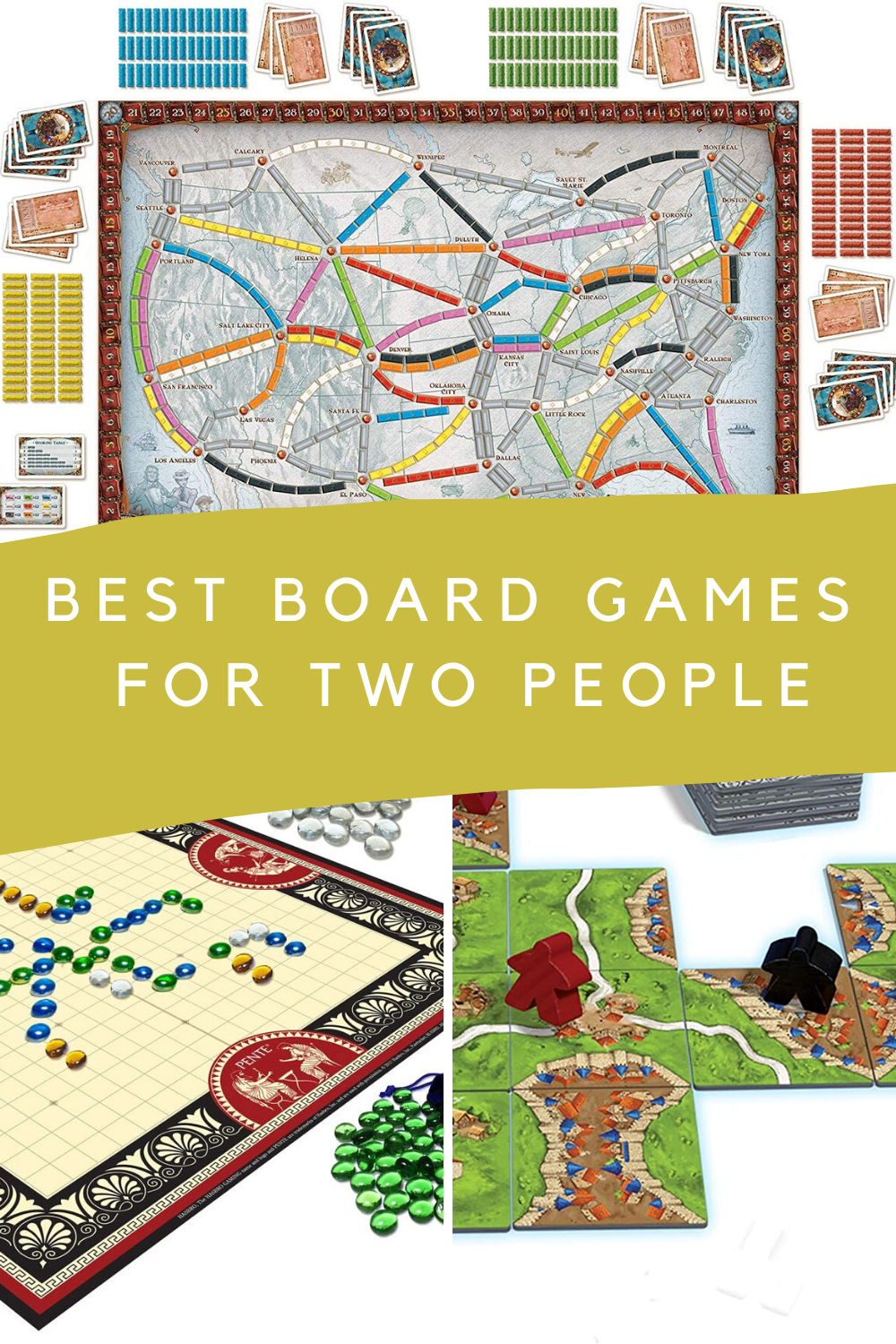 7 Wonders Duel: In this two-player version of the original game, each player draws cards to construct the “wonders of the world” and take control of their opponent’s capital.

Pente: Each player gets their own set of colored glass playing pieces to strategically place on the board. The goal is to sandwich your opponent’s pieces between yours to “capture” them.

Rummikub: In Rummikub, players treat their tiles like cards (using numbers and colors instead of numbers and suits) to form runs and matches— very similar to Rummy.

Battleship: Revisit your childhood with this classic. Opponents position small ships on their own “oceans” and then try to guess the location of the other player’s by firing “shots.” The first one to sink the other’s boats wins the battle. 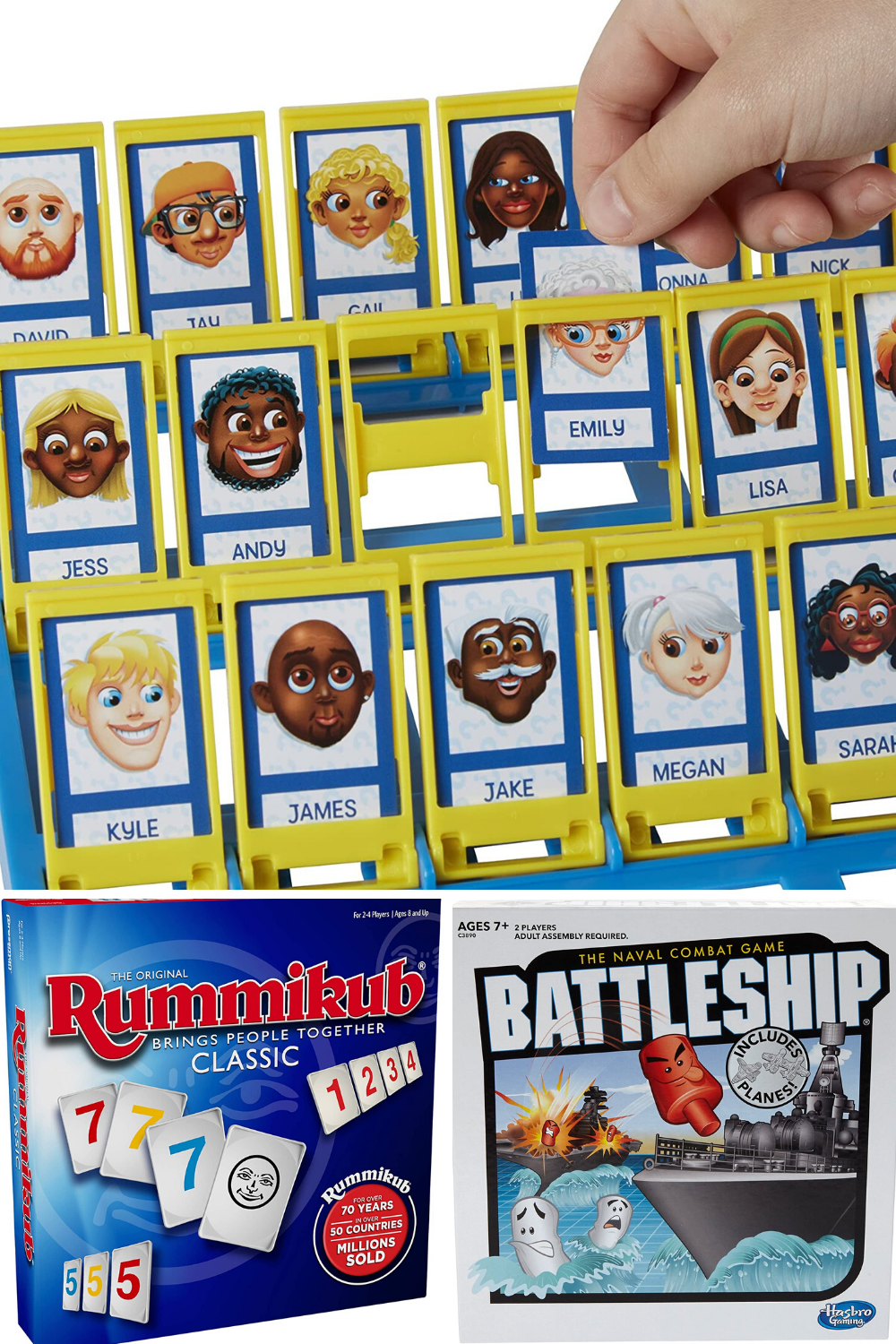 Connect 4: How can something so simple be so fun? Kids and adults alike enjoy trying to outsmart their opponent in this 3-D version of tic-tac-toe.

Guess Who: Here’s another kid classic that even adults can have fun with. Each player picks a “person” from a wild cast of characters. Opponents then take turns asking one another yes or no questions about their pick until they can deduce who it is.

Jenga: In this classic, players remove wooden blocks from the tower one-by-one until someone triggers its inevitable collapse.

Let us know in the comments what your favorite board game for two people is! We would love to add a new game to our heavy rotation!