Inside: 19 Birthday Party Games for Adults

These birthday party games for adults will keep your guests happy, entertained, and laughing all the way to the end. It will truly be a party that your guests won’t soon forget.

There’s a great mix of classic and unique party games here that are just for the adults.

Some of them involve drinks, some of them are a little naughty, and all of them can be modified for the type and number of guests coming to your party. 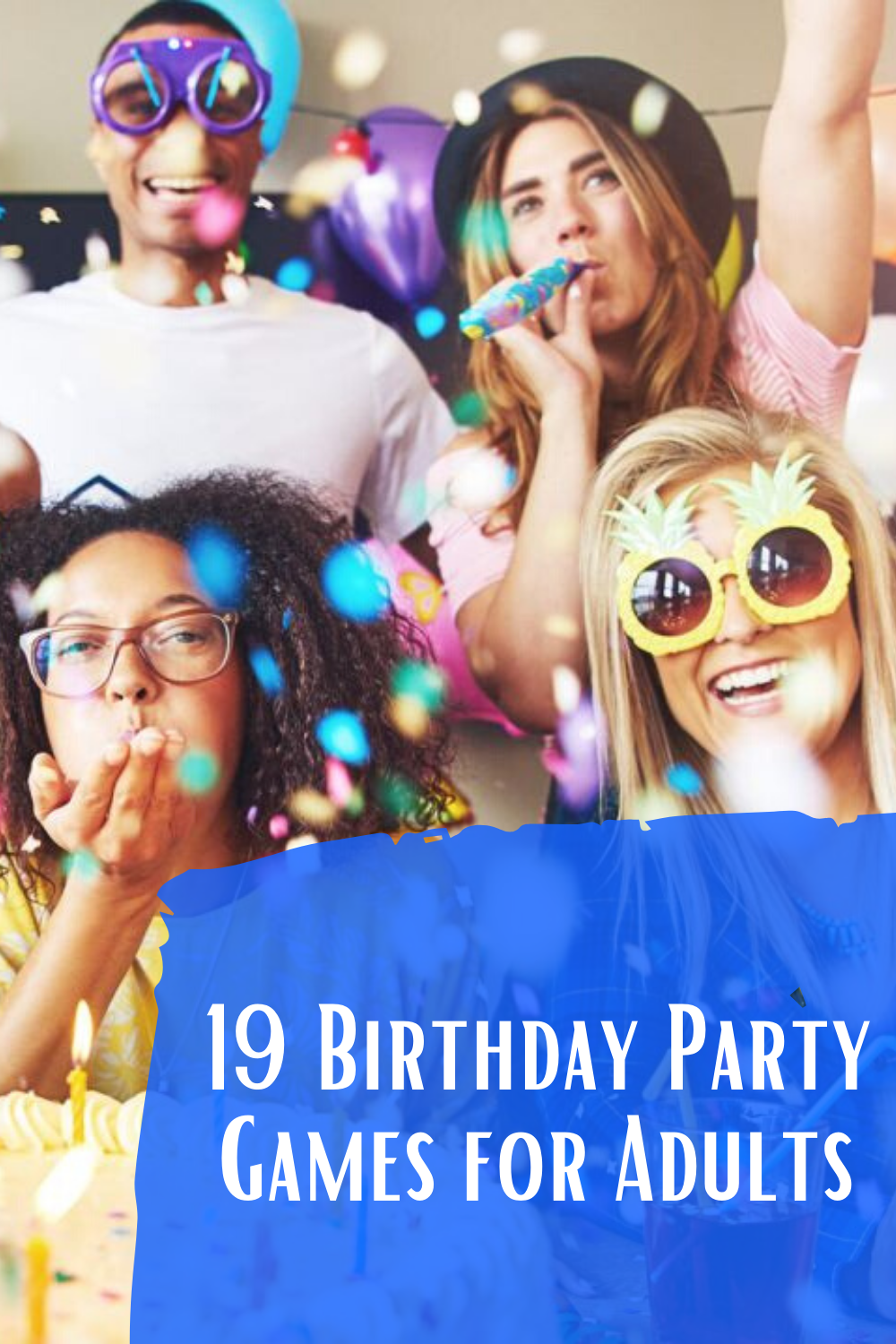 Drop a Hint: Three people work together to get their teammate to guess a word, each person saying one word at a time!

Don’t Say Yes: You’ve probably heard of those taboo word games before, but this one will be quite the challenge. Guests aren’t allowed to use the word, yes, or any variation of it. You can have them wear a sticker or a yarn necklace if they say the word during the party. It will be fun to see who’s the most “decorated” at the end of the night. 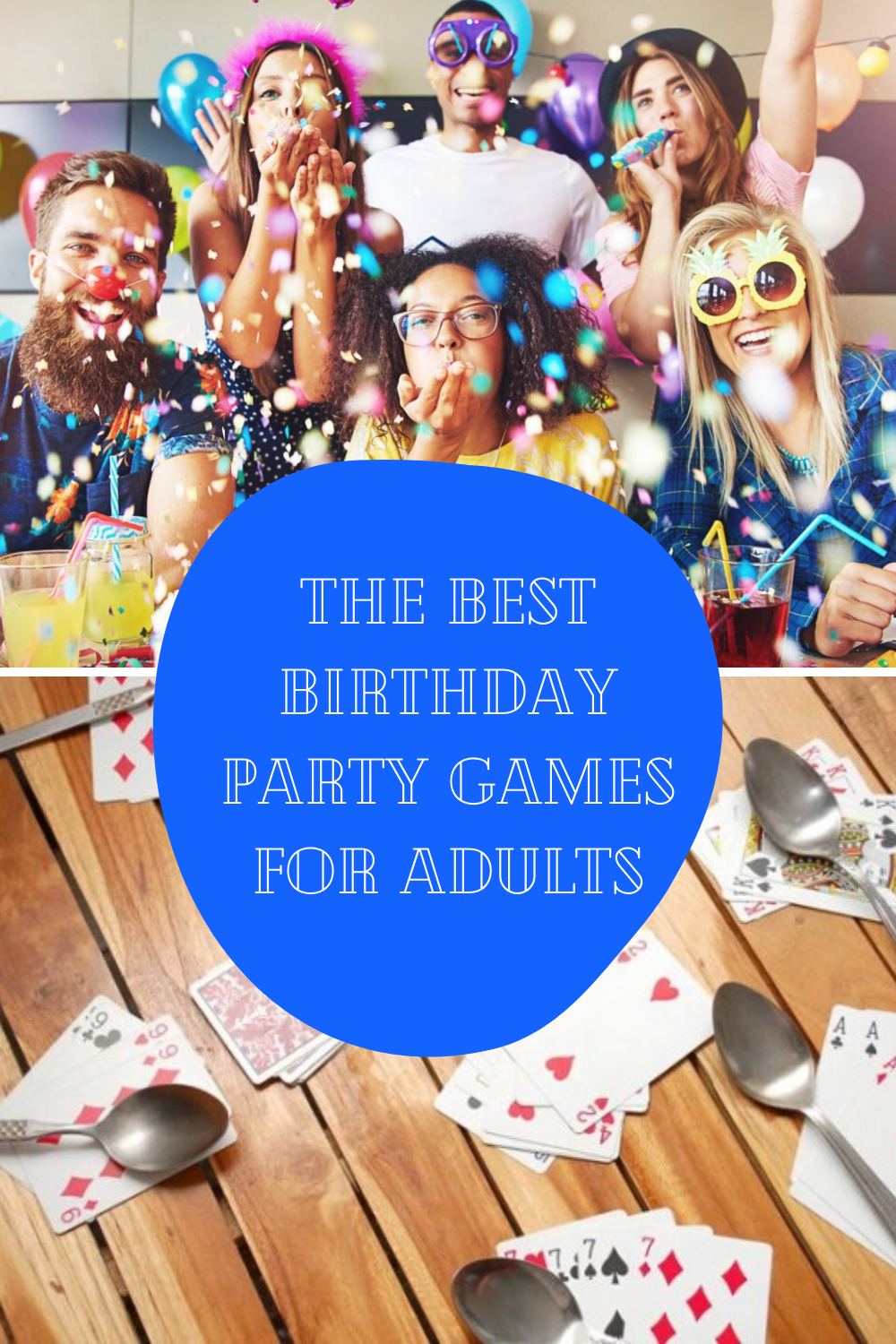 Celebrity: Everyone playing writes down popular celebrities to start the game. Teams then play three rounds using those celebrity names as words to guess. Each round is a little different and progressively more difficult, but also more fun!

Who am I?: Who Am I? is a guessing game where you act or draw the famous person on the slip of paper that you drew. Can your teammates guess who you’re pretending to be?

Not SO Newlywed Game: The Not So Newlywed Game is the perfect way to entertain your friends at your next couples event. It can also be played at wedding showers and engagement parties.

Kiss, Marry, Kill: This game of Kiss Marry Kill is a less personal touch on the original game because you use fictional characters or celebrities for your choices. 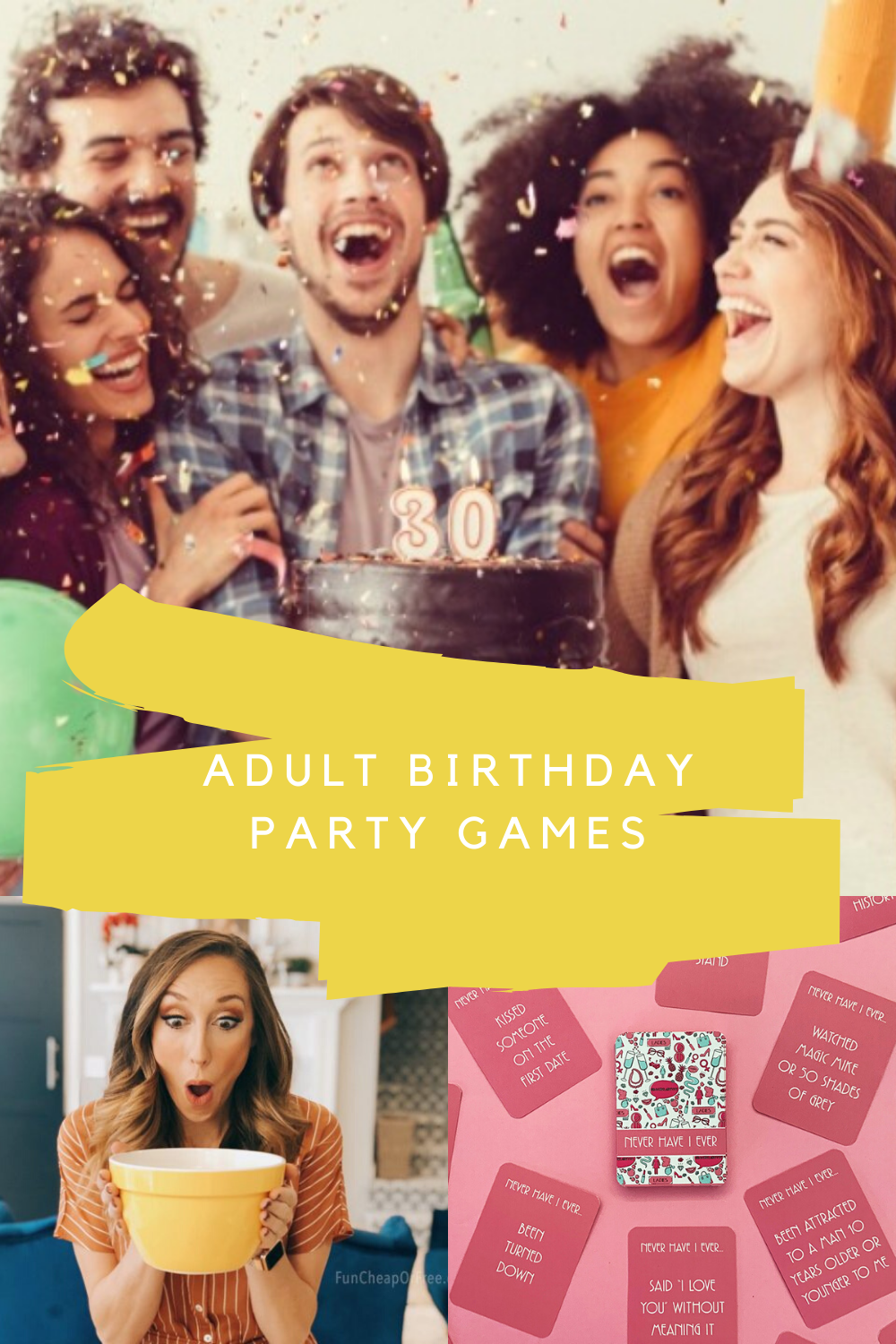 Two Truths and A Lie: Two Truths and a Lie can be a great game for all ages, and it makes for a fun icebreaker for a group that may not know each other very well.

React & Act: React, and Act is an icebreaker game that will have your guests acting and reacting to different situations such as winning the lottery or getting fired.

The Bowl Game: This is the most hilarious ice breaker game for birthday parties. It is totally one of the best games and one of my all-time favorites.

Murder Mystery Games: Murder Mystery games aren’t just for Halloween; they can be played at any time of the year. A single murder mystery game is all you need to have a whole evening of fun with your friends.

Ice Cool: This is my NUMBER ONE, TOP favorite board game EVER! Trust me when I say this game is full of fun and a MUST HAVE!

The Voting Game: The Voting Game is a party game that uncovers the hilarious truth behind your friendships. Play again and again – Gameplay varies dramatically based on who you’re playing with.

Cards Against Humanity: If you don’t know about this game already, then you’re missing out! This is definitely an ADULT ONLY game but it is full of laughs! 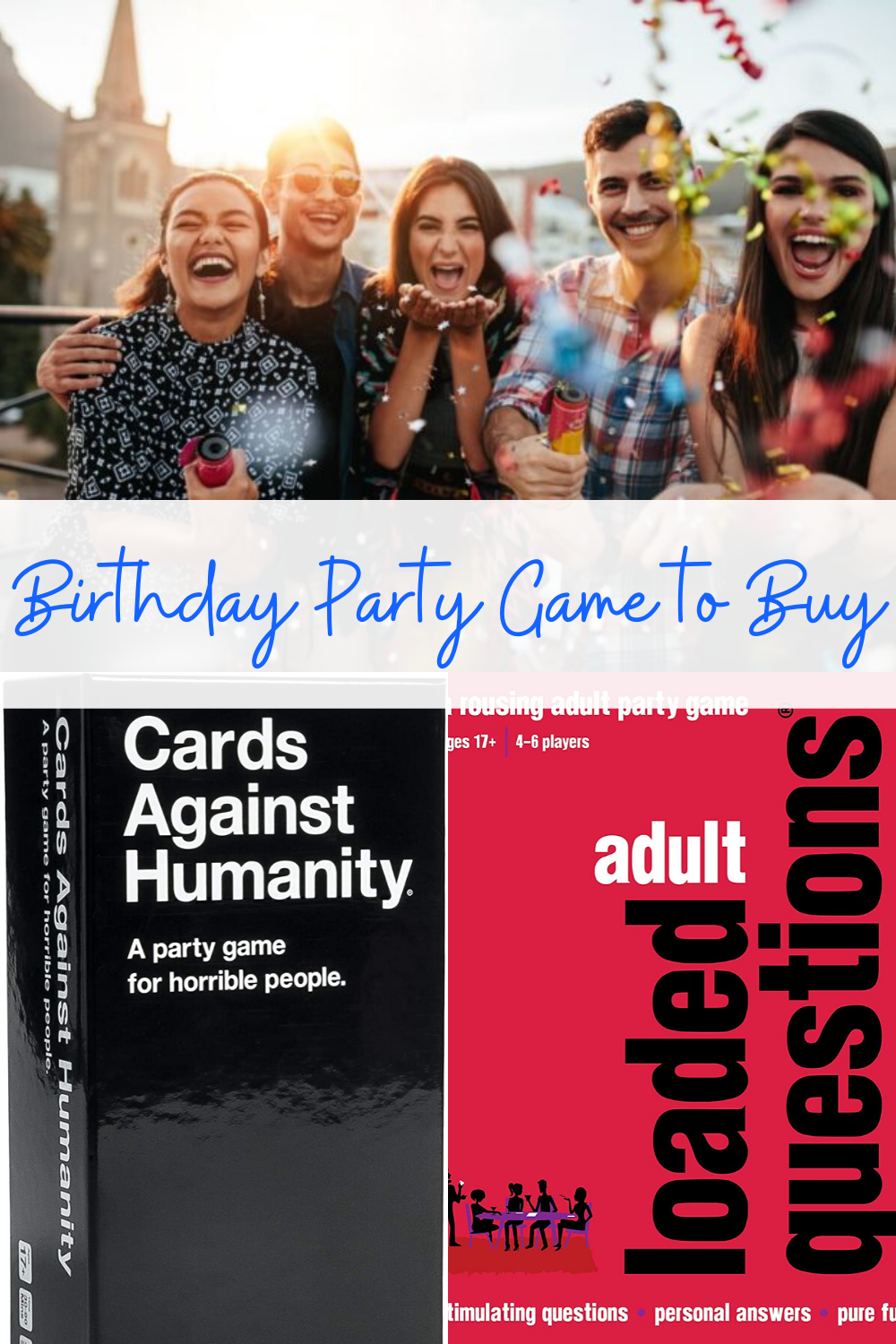 Bad Choices: This hilarious amazon board game, Bad Choices is the naughty love child of ‘Never Have I Ever’ and ‘UNO’. This is the adult party game for finding out hilarious truths, secrets, and stories about your friends!

Loaded Questions: The hilarious adult party version of the classic ‘who said what’ game. This amazon board game Features 308 new and classic Adult Loaded Questions, all-new design, and added gameplay features/components for a laughter-filled Game Night!

Catch Phrase Uncensored: Just like the classic Catch Phrase game but with an adult twist!