Inside: Fun 18th Birthday Party Games Your Teen Will Love.

Turning 18 is a big deal, welcome to “adulthood”. Just because you are walking into adulthood, doesn’t mean you shouldn’t have a little fun, am I right? These 18th birthday party games are perfect for the big bash. From funny games that are sure to bring a big laugh, to games for large groups this list has everything you need to throw one heck of a party.

I mean, after all, you only turn 18 once. So enjoy this time, sit back, have fun, and enjoy a few fun games with friends. 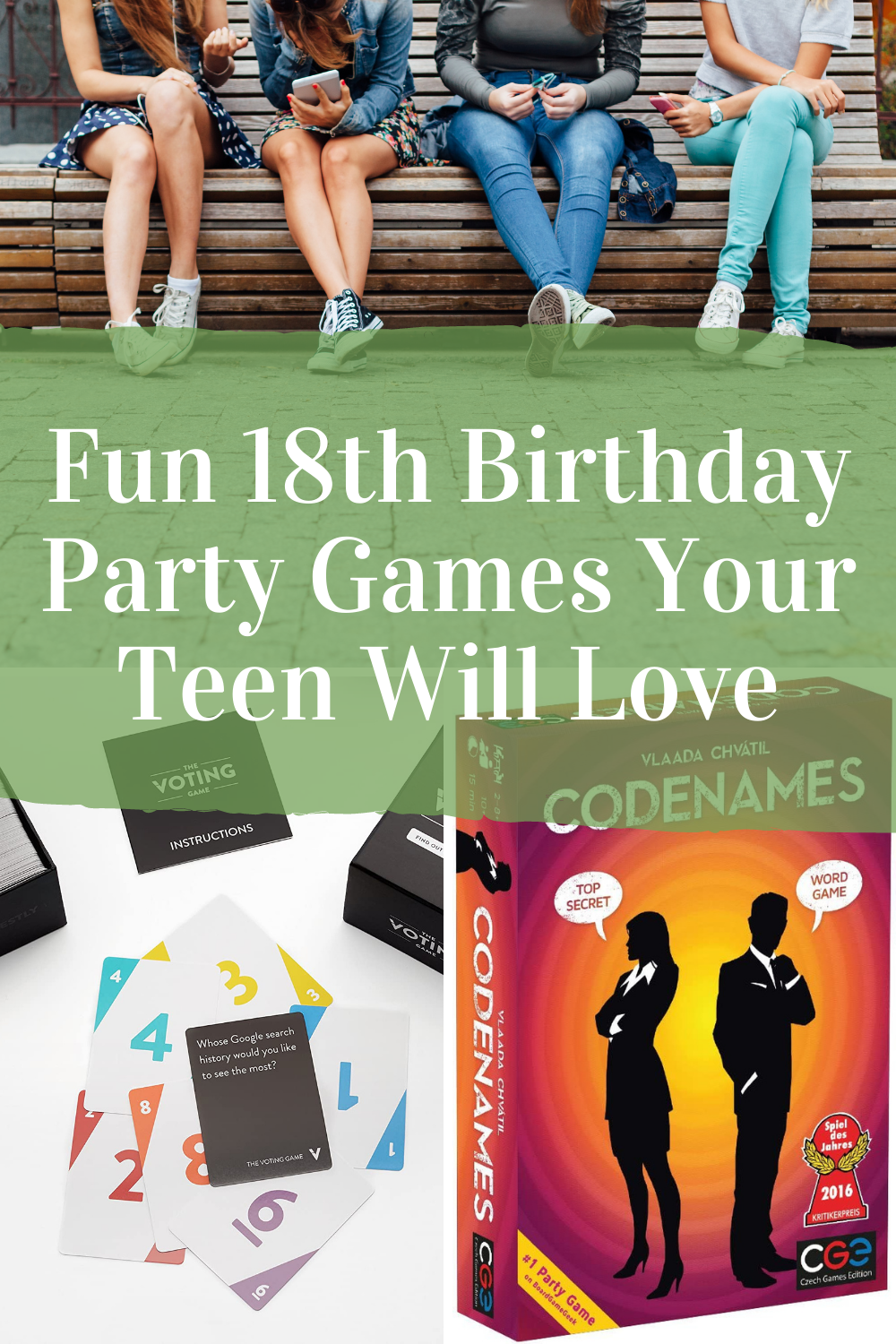 Describe Me: A great game that will help break the ice and bring plenty of laughs is Describe Me.

Lip Sync Contest: Come up with a list of songs, from old favorites to new hits! Let the teens draw a song and sing their hearts out! This is such a fun party game for teenagers, a crowd favorite! 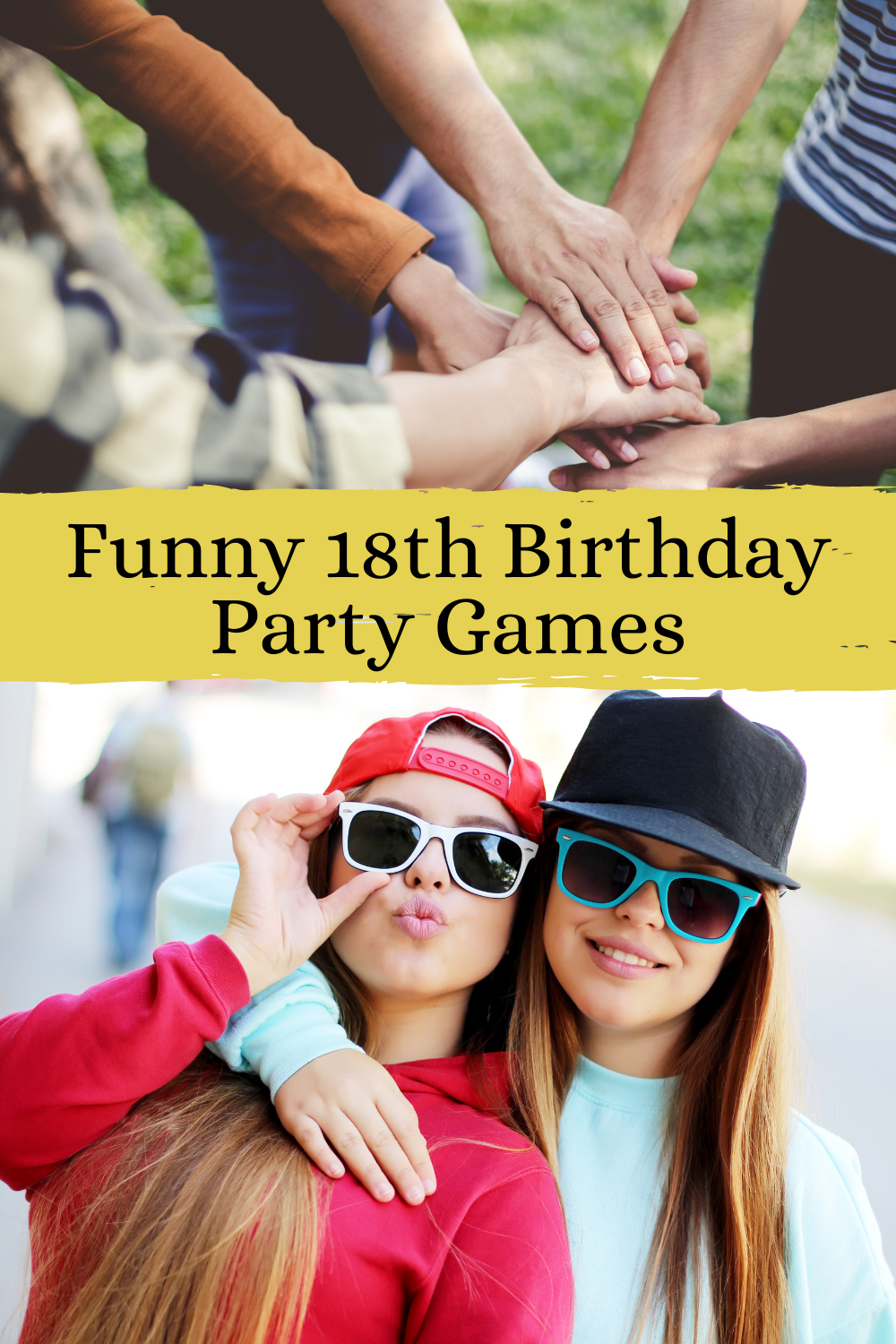 Would You Rather: Here is a list have some really great and funny would you rather questions!

Two Truths & A Lie: This is a pretty simple game to play and is a great way to break the ice with a group. Go around the group and each player has to come up with two truths and a lie about themselves. The goal is for the other players to be able to figure out the lie!

The Voting Game: similar to “Who’s Most Likely To.” Players take turns reading questions while the other players vote on who that question applies to best.

Code Names: Both teams then compete to see who can guess all of their agents with one-word clues to get multiple words on the board.

Monopoly Speed: Monopoly is a timeless game that will keep players busy for a couple of hours on end. The hard part? Sometimes it takes a bit too long. Not anymore! You can finish Monopoly Speed in just 10 minutes without forfeiting any of the excitement. 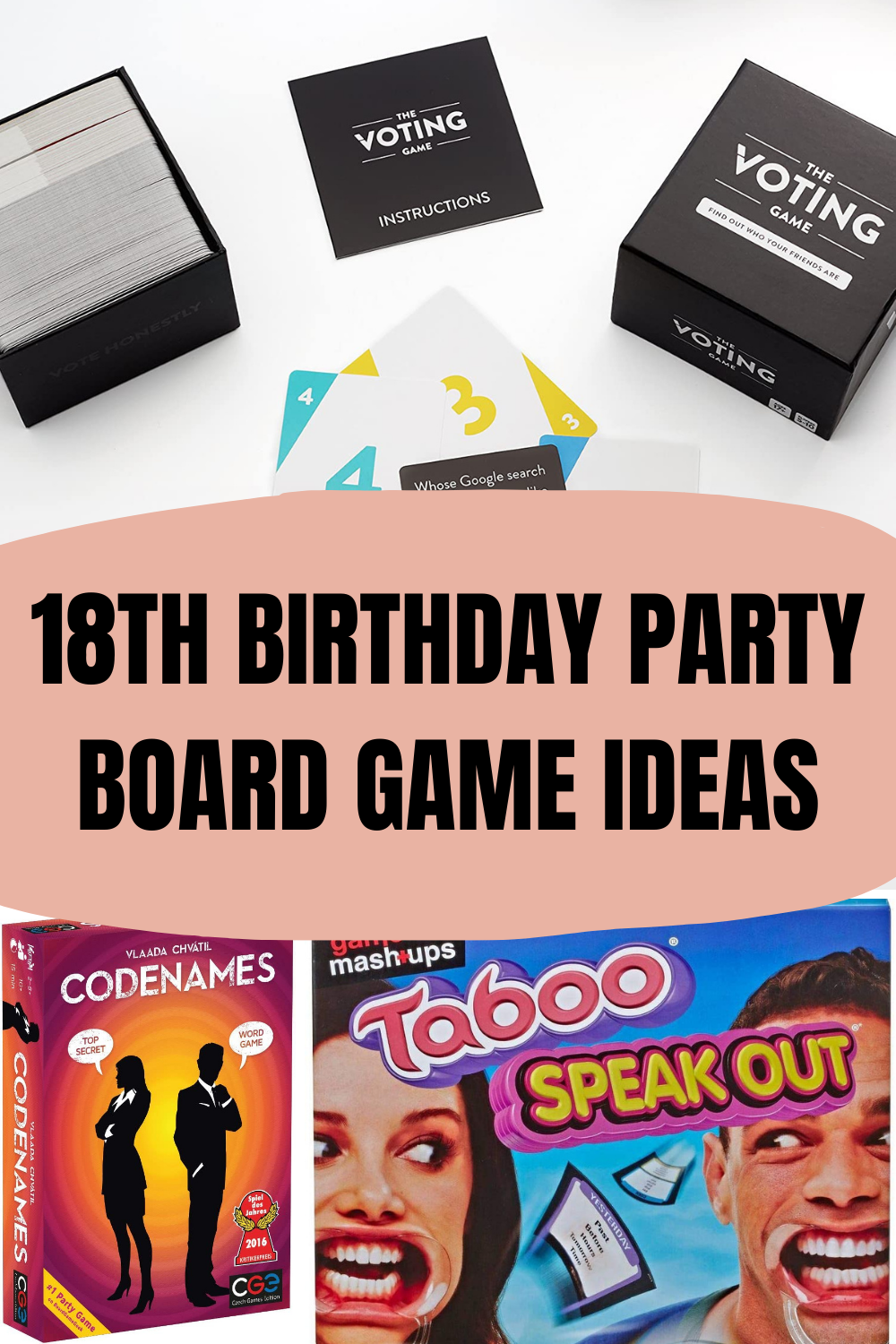 Party Bowl: Party Bowl is bound to become an instant hit in your household. In this game, players split into two teams, come up with words about themselves based on prompted cards, then toss them in the Party Bowl. Next, each team tries to guess the person behind the cards.

Taboo & Speak Out Mashup: You won’t be able to keep a straight face when playing this game. Prepare to laugh while watching your friends and family struggle with tongue-tying challenges.

Dominion: Now I have never personally played this game but I have friends that regularly play this game and love it!

Scavenger Hunts: Scavenger hunts can be fun for all ages, and tweens are included in it. Put the group of kids into teams and give them a list of things they must find. You can have them bring things back, take photos on their phone, or otherwise prove their finds at the end. The team who checks the most off of the list is the winner.

The Bowl Game: This is such a fun party game for teenagers, see how-to here! 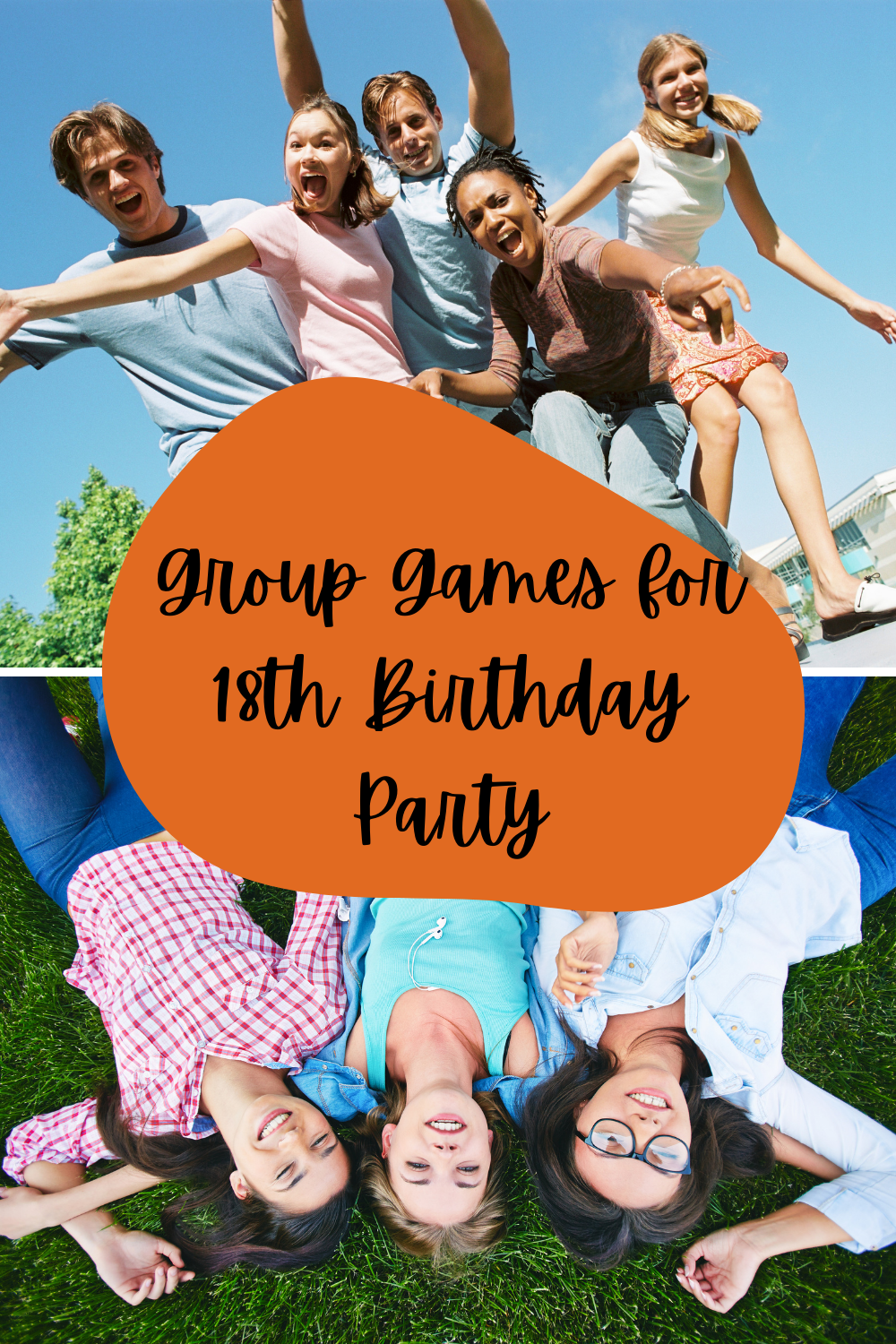 Murder in the Dark: This game involves slips of paper and a great sense of imagination. Prep is simply writing “murderer” on a slip of paper, “detective” on another, and “suspect” on all the rest. Everyone takes one but does not show it to anyone. The game starts with lights going out at which point the murderer finds people in the dark and taps them on the shoulder. That murdered drop to the ground, complete with dying noises. This continues until the detective is “dead”. At that point, the lights come on and the detective must decide who the murderer was. It’s hard but fun for tweens and those in the age range.

Minute To Win It: What a fun game! Here is a list of some awesome minute to win it games that your teens will love!

Code Names: Code Name is a very enjoyable game that requires communication and the ability to make some unusual connections. This is a great game of reasoning and lateral thinking.

Ticket to Ride: In Ticket to Ride the goal is to build the longest railway course. Players choose destination tickets and try to build a railway connecting those cities while attempting to block the routes that their opponents appear to be creating. If you’re just not up for another loud, wild game this is a good choice.

Settlers of Catan: This board game is great for strategy- but there’s an element of bartering and trading that other games don’t have that is super fun. Collecting cards, building roads and settlements and talking your opponents into giving you something they have and you want.

5 Second Rule: If you’re looking for a great family board game that everyone will enjoy – The five Second Rule is it! Often the best games are simple games and this game couldn’t be easier to play. All you have to do is name 3 things from a chosen card in 5 seconds. That’s it.

Exploding Kittens: Kittens are super cute, but kittens are also explosive! Make that get-together with the friends & family a lot more fun as you go about playing a card game that’s super fun and unique.

Scattergories: Are ready for a fast-paced game? If yes, then Scattergories Game is something that you definitely should try. A fast-thinking game based on categories and words. So, get ready to roll the die, flip the sand timer, and think of the answers of each category on the category list.

How Well Do You Know: Fan over the birthday girl with this super fun printable game. It’s a perfect way to break the ice and honor the guest of honor.

Who Am I?: This is such a fun way to start off a party. It’s a way to introduce everyone in the room, but also have fun and making laughs.

Find the Guest: This game is one of my favorite printable ice breaker games. It gets everyone in the room talking and asking questions that they may have never thought to ask. So many people will find that they have things in common and start so many conversations.

Birthday Find the Guest: A great ice-breaker game! Mingle with the guests to find the answers to the questions Listed. Answer with the guests’ names.

Name That Tune: Play five-second snippets of 12 songs (totaling one minute). Have participants write down the songs they think they just heard. Winner is the person with the most correct!

A Pile of Kisses: How dexterous is your group? Contestants will compete to see who can unwrap the most Hershey Kisses in one minute. One bonus: You can eat the sweet treats afterward or place in a plastic Ziploc bag to save for a baking project. Just make sure contestants wash their hands first!

Chain Reaction: Have players name as many brand names (or chain stores) as they can in a minute. Take it to the next level with specific industries — athletic brands, burger restaurants, furniture stores, etc.

Who’s Your Lucky Charm?: Using a box of the multi-colored cereal, separate the “charms” into their individual categories. The person who separates the most cereal in a minute wins.

The Pyramid Game: Stack red Solo cups in a pyramid then undo the stack without it collapsing. Add an extra challenge by asking participants to stack with only one hand.

Spray Off: This game is all about keeping cool when under pressure. Players will be given a spray bottle filled with water, and the aim is to guide a floating balloon toward a trash can by using only the spray. If the balloon hits the ground, they have to start over.