Inside: Minute to Win It Olympic Games for Kids.

With the Olympics coming up this year, we thought it was the perfect time to put together some totally fun and on-theme Minute to Win It Olympic Games for Kids.

These games are based on some of the most popular Olympic sports, both summer and winter.

The kids will have a blast competing for the Gold. 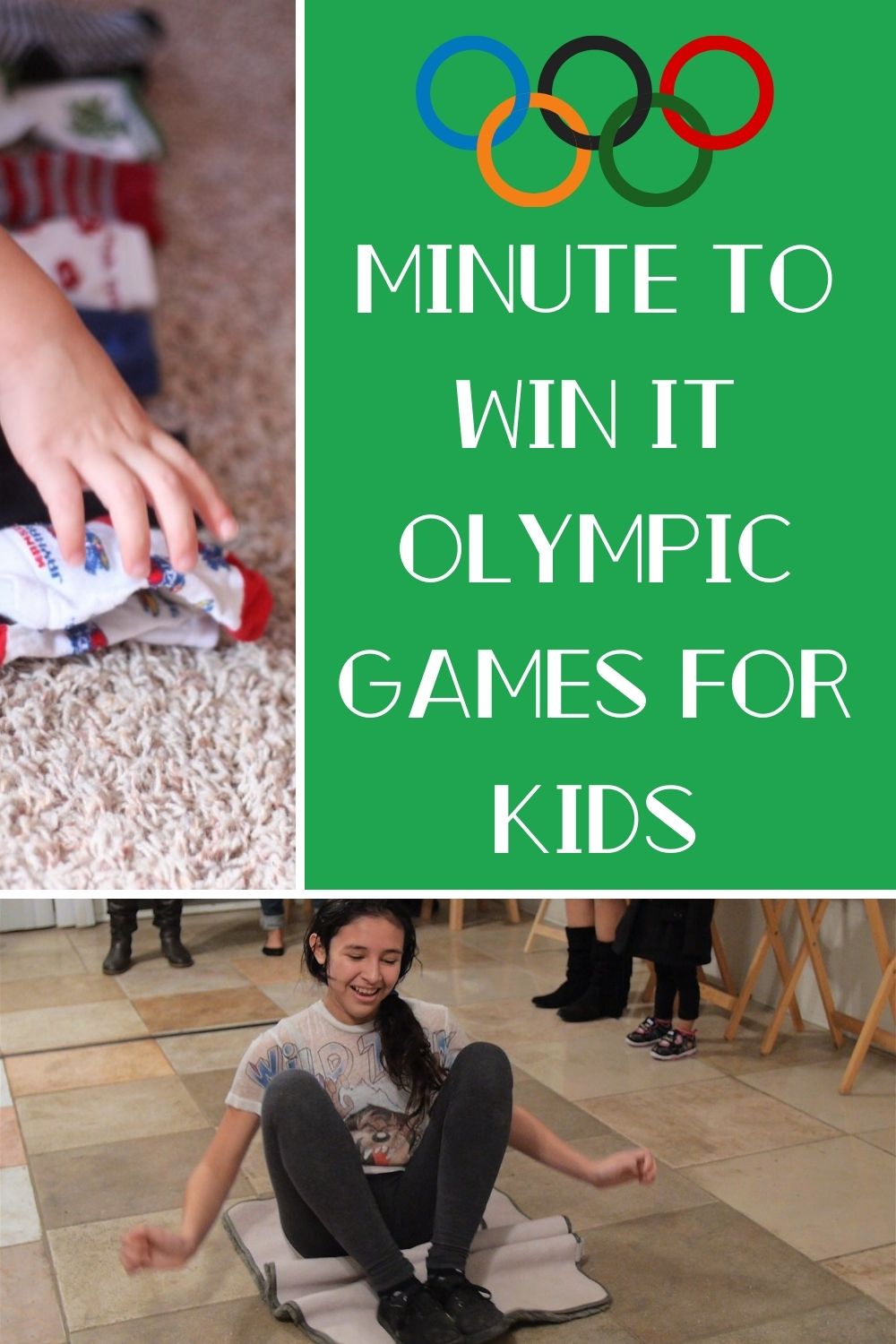 Minute to Win It Olympic Games for Kids

Basketball Bounce: Everyone is given ten ping pong balls, all a different color. Place a bathroom-sized trash basket in the center of a room with bounceable floors. Then have all players stand in a circle perimeter around the trash cans.

Players bounce their ping pong ball into the trash can in the center of the circle. Players get one point for each ball in the basket at the end of the minute.

Swim Like a Fish: Players have to use just their mouth to pull plastic toys (preferably fish) out of a bucket of water. The player who pulled out the most toys after 60 seconds, wins. 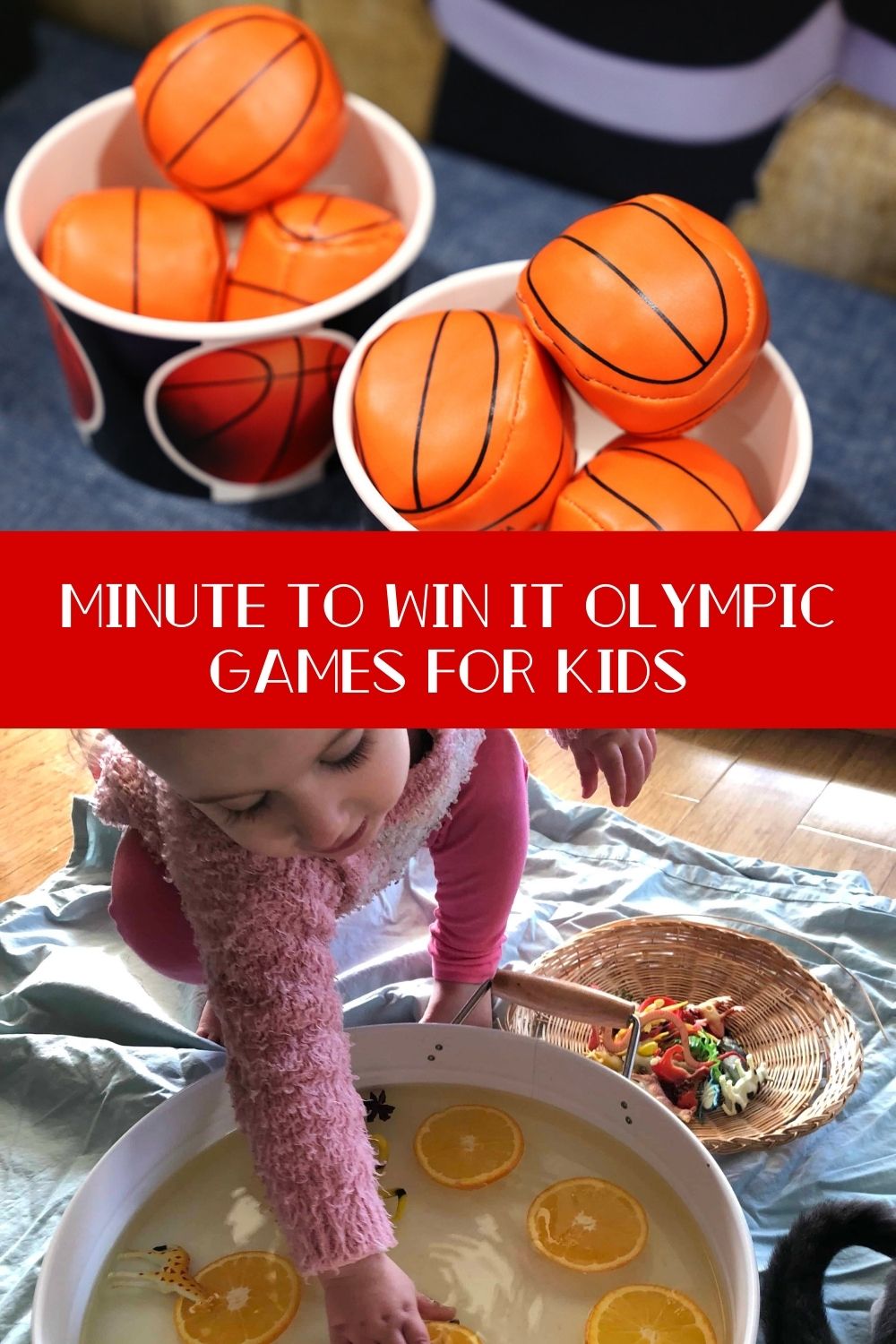 Fun Minute to Win It Olympic Games for Kids

Rug Run: Players have to sit on a bath mat (rug) and scootch their way from a starting line to finish line and back again. The first one back wins!

Spin Cycle: Players have to search through a basket of unmatched socks and find the mates. Then must match the socks and place them on the ground to finish. The player who matches the most socks in 60 seconds, wins. 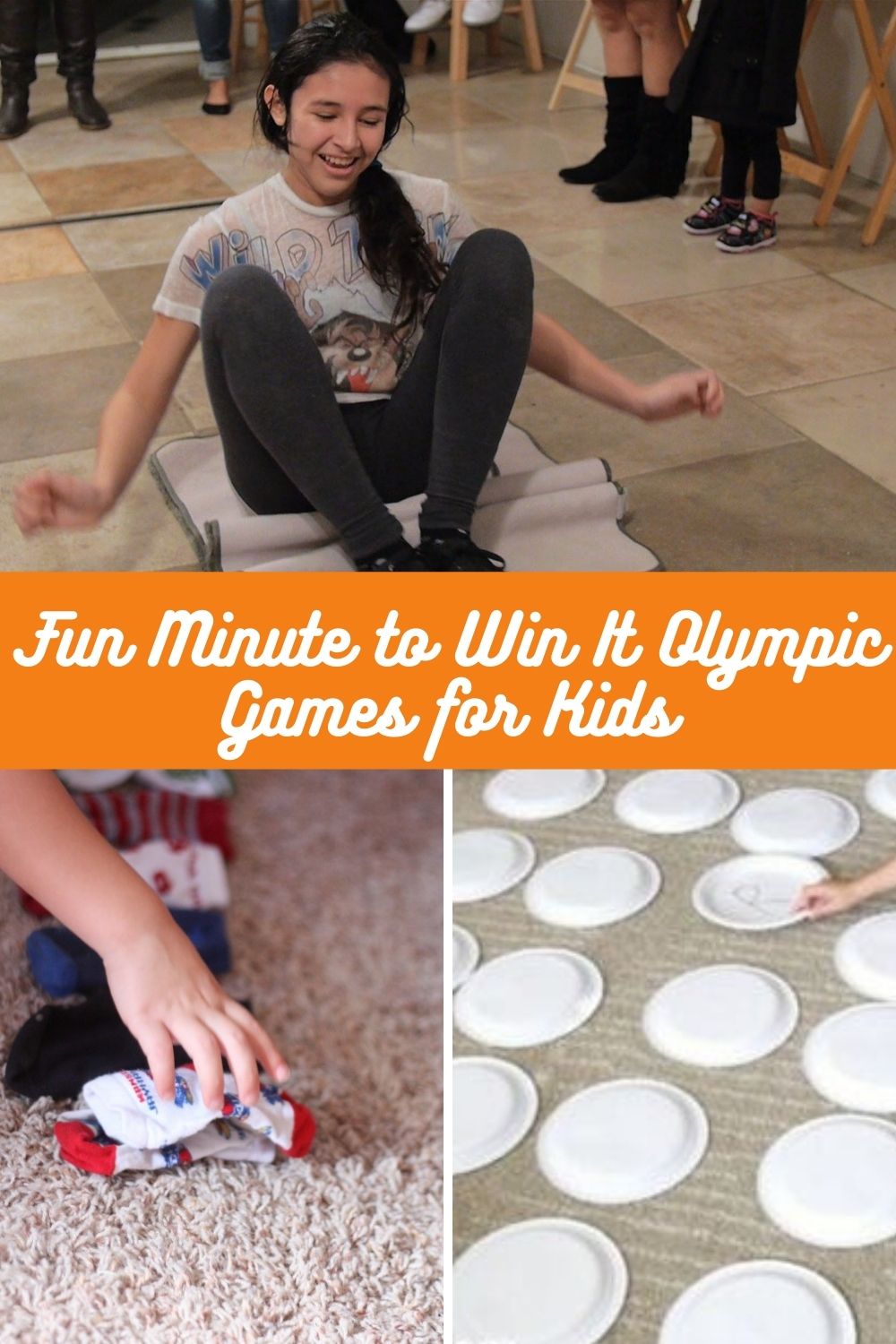 Cross Country Skiing: Cover a table in maps or map tablecloth. On one side of the table, place a package of Oreos and have the first player stand on the end of the table. To play, players must slide the Oreos from the end of the table across the map and get them to land in each of the continents. The Oreo must stop inside the continent to count, anything on the line will have to be “skied” again First player to successfully get one Oreo in each of the continents wins. If you’re playing with multiple teams at once, use Oreos with different fillings.

Speed Skating: Place plastic traffic cones in a circle around a room. Give each player two kitchen towels To play, players must start at one end of the circle and using the kitchen towels, skate around the plastic cone circle, going in between each and every plastic cone. The first player to get around the circle skating wins. If they miss any of the cones, they have to go back and go through the cone they missed. 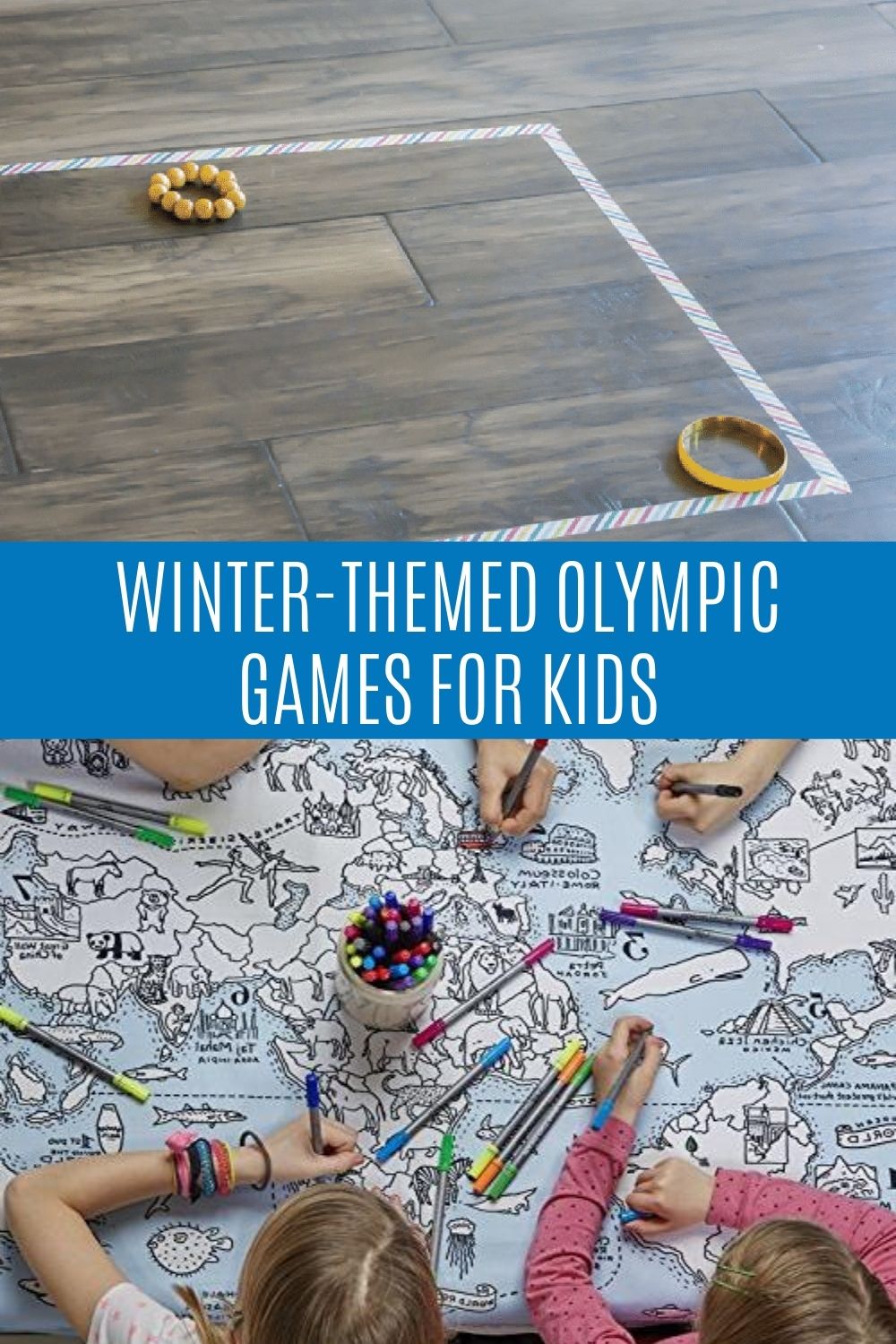