Christmas time is the best time to have parties and game nights! There is something so much more fun about a party during Christmas time! One of my favorite games or activities is gift exchanges.

This Christmas dice game is a fun twist on the traditional white elephant. You will have the best time ever with all your friends! 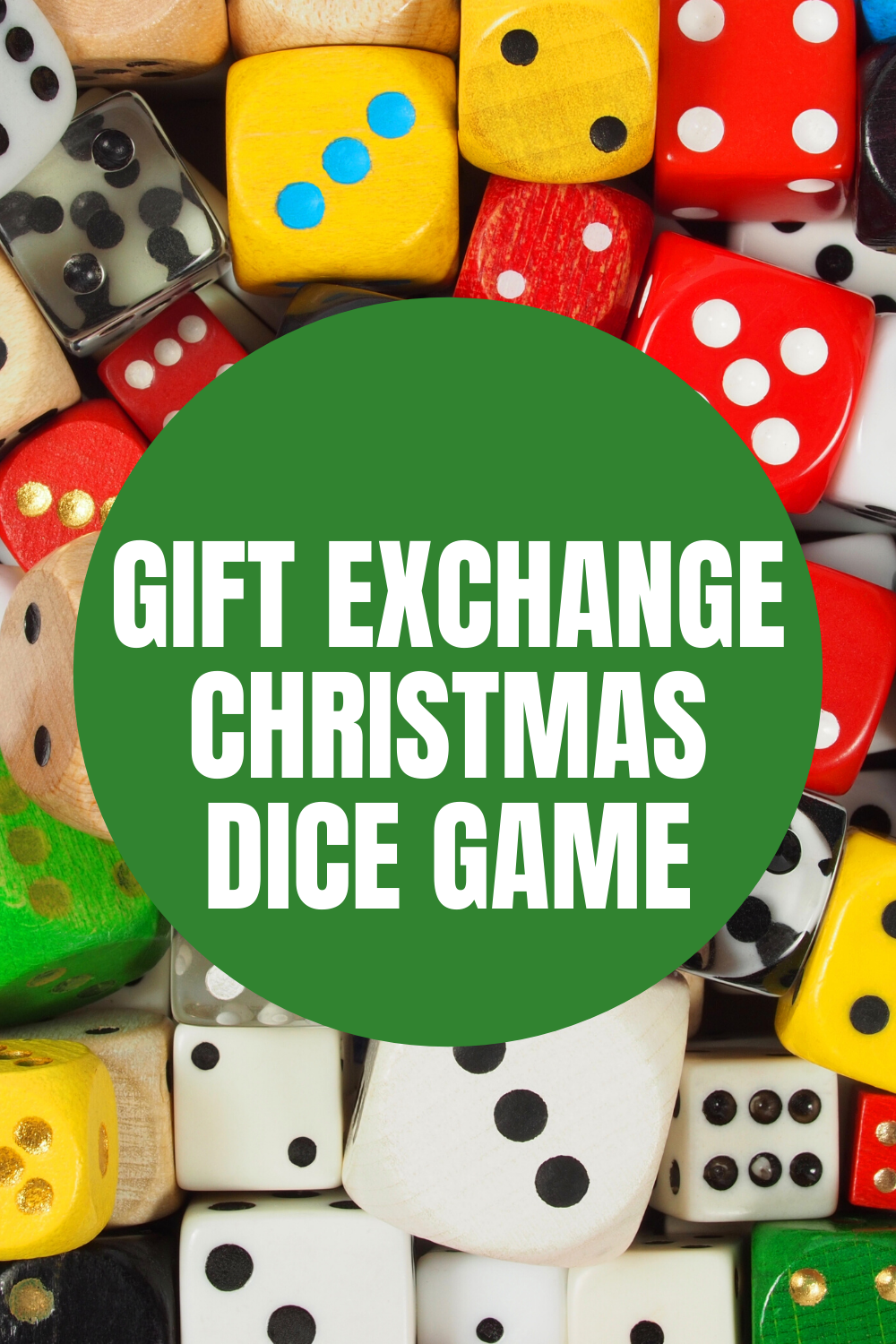 Before you are going to play, you have a decision to make. You can either have people bring one, two, or three gifts each.

If you do two or three, just specify that they should be smaller price items within a price range of say $15 for all three gifts. If they’re just bringing one gift, just set your price range wherever you want it.

This is more fun with multiple gifts but that doesn’t mean it doesn’t still work well with one or two. I’ve included instructions below for playing it with just one gift or multiples.

When you ask your guests to bring gifts, make sure they know to bring them wrapped. This game only works if the gifts are wrapped.

When guests arrive, they should put their gifts in a pile on a table or on the floor! You can also decide what type of gifts you want people to bring – white elephant or regular. 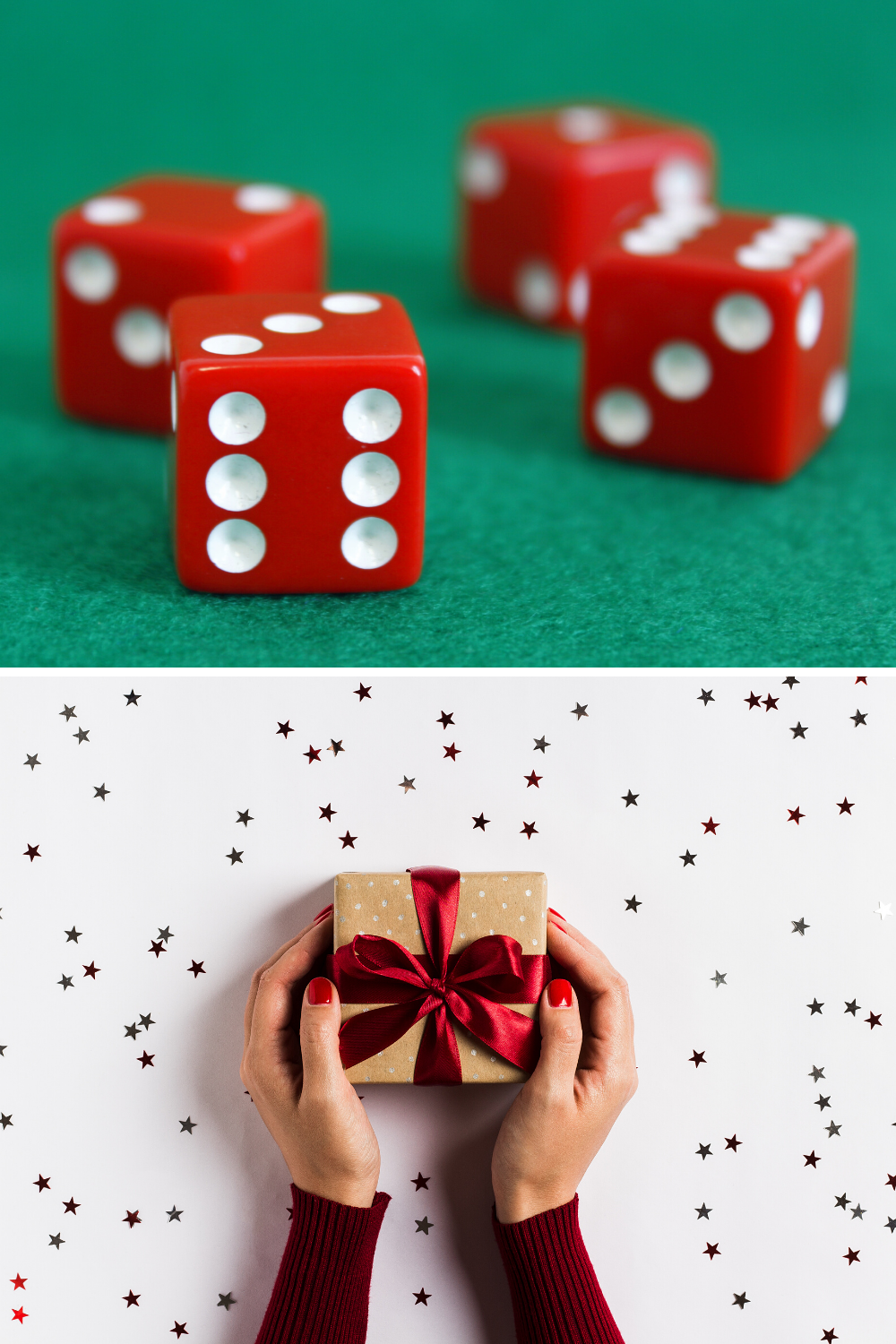 How to Start the Game

Have everyone put their gifts in a pile in the middle. Before you start playing, have everyone just randomly pick out one (or 2 or 3) gift from the center then sit down in the circle. These are the gifts they’ll start with.

Alternately, you could have whoever is hosting the game just hand out all the gifts randomly until everyone has the correct number of gifts. Everyone should start with the same number of gifts and will end with that same number.

How to Play the Game

Choose someone to start the game and give them the dice. If you are playing with one gift per person, give them one die. Two gifts = two dice. Three gifts = three dice.

They roll the appropriate number of dice and take action based on what they roll. Each die corresponds with one of the gifts in their pile. The person who is rolling the dice gets to choose which gifts to swap and steal.

If someone cannot complete the action on the dice, their turn is over. Better luck next time.

Once the player has completed all of their actions, they hand the dice to the person on their left and it’s now that person’s turn. 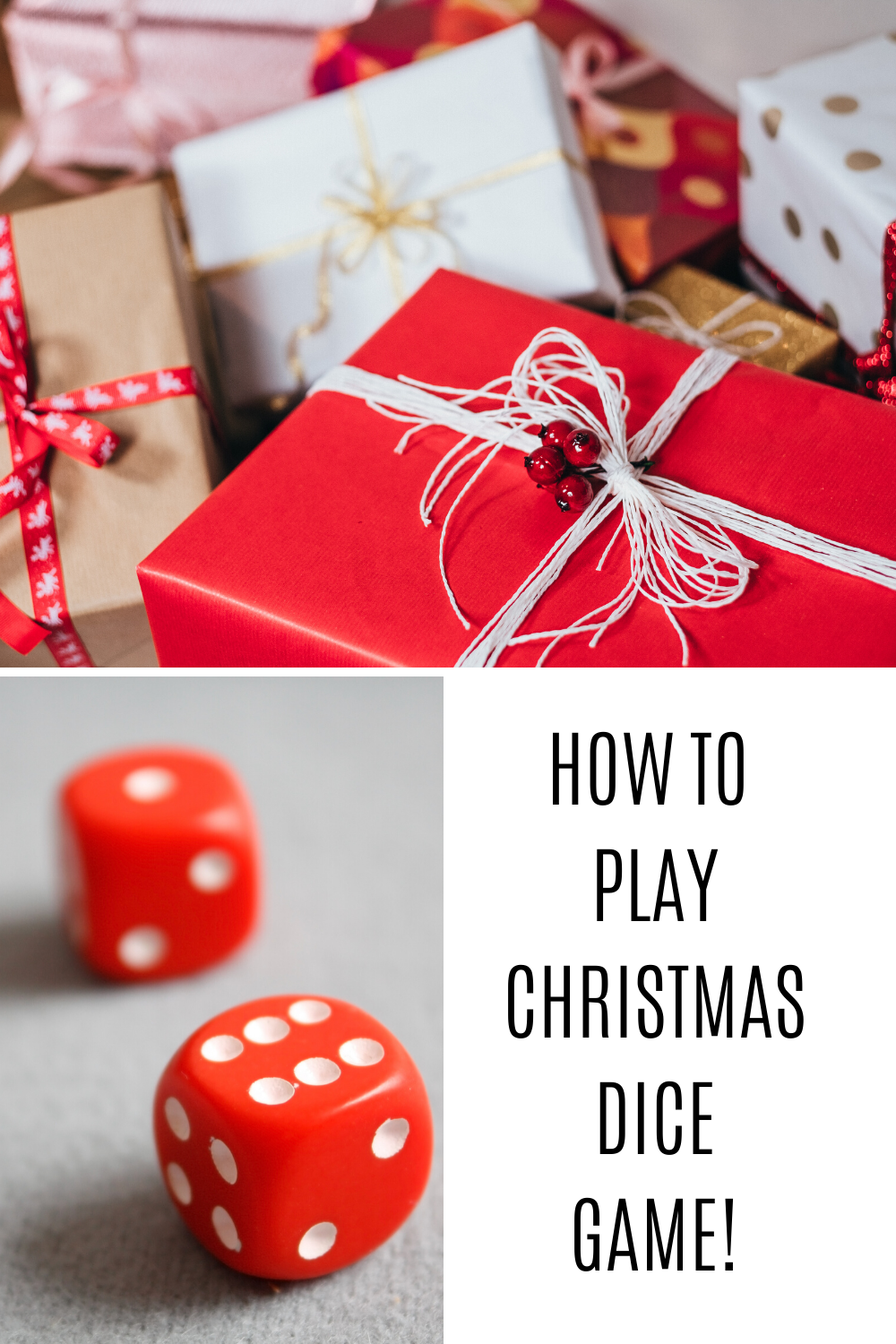 When the Christmas Dice Game Ends

The game ends as soon as the final gift is unwrapped and everyone keeps the gifts they have in hand. If someone ends up with their own gift, they can either trade if they want or just keep it.

This is one of the most fun parts of the game because you never know when the last gift is going to be unwrapped. There’s always a possibility of your gift being switched until that final gift is unwrapped.

If you’d prefer, you could do one more roll for everyone after the final gift is unwrapped, including the person who unwrapped the last gift. This will add a bit more time to your game and the unwrapping of the last gift isn’t quite as suspenseful, but totally up to you!

Whatever you decide, make sure everyone know ahead of time so you don’t have any confusion or complaining.

Christmas Dice Game for 1 or 2 Gifts

If you have people bring two gifts, the game will be the exact same except everyone will only roll two dice instead of three. And the game will likely be quite a bit shorter.

A couple of reasons it’s more fun with multiple gifts instead of one: