Inside: The Best Dart Board Games

One of our favorite backyard hangout games is Darts! There is nothing better than enjoying a few cold ones, laughing with friends, and enjoying a fun warm evening. Here is a list of our favorite dart board games with how it’s to play them! If you love darts at all then you will love these great game ideas! Check out the best dart board games for all your dinner parties and game nights! 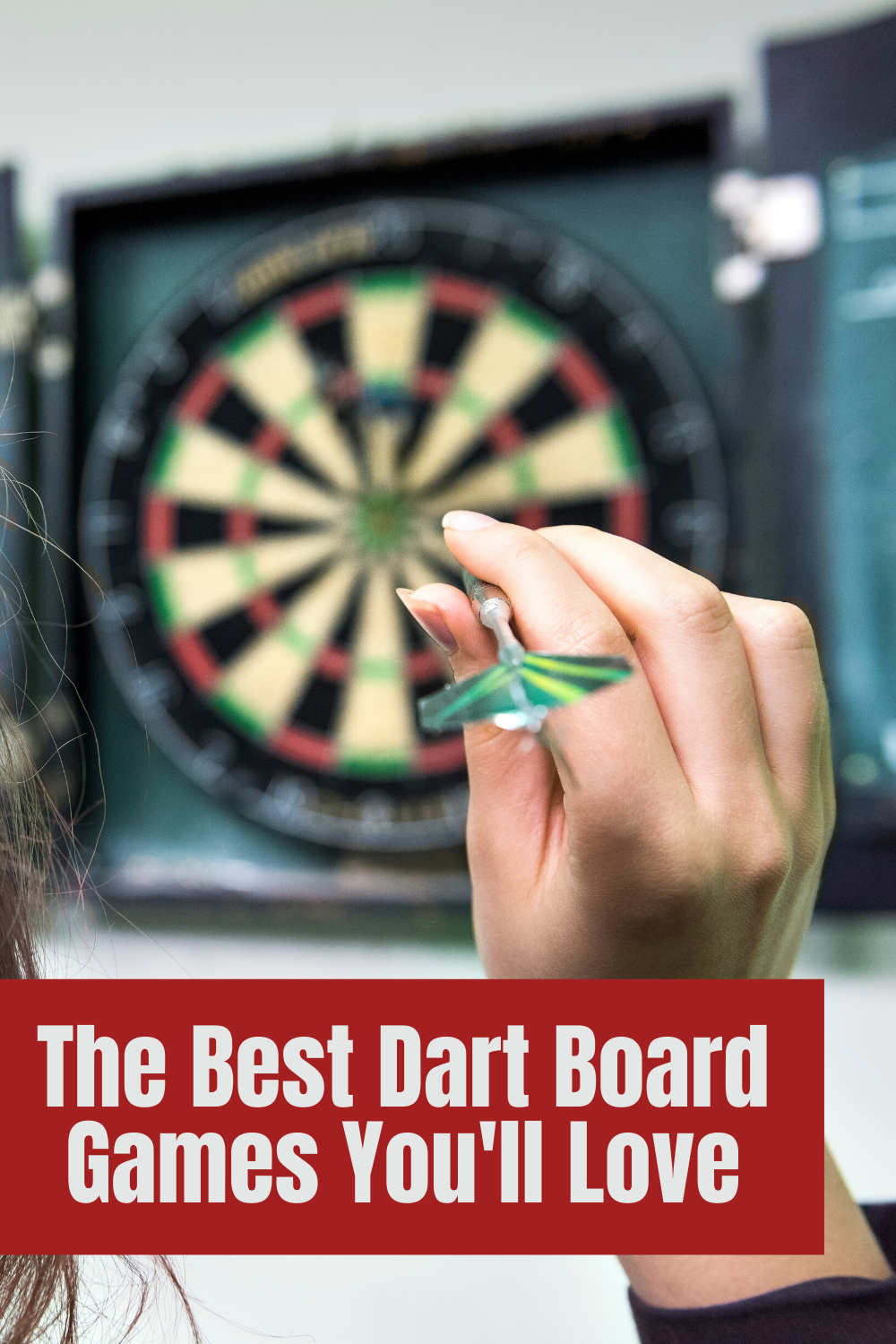 The Best Dart Board Games

Cricket: Cricket can be played 1 v 1 or with teams of two. If you have three or four individual players, that works too. Although it’s more fun with partners. Often referred to American Cricket, the objective of Cricket is to be the first player or team to close all the numbers in play while being even or ahead in points. The numbers in play are 15,16,17,18,19, 20, and the Bull. You must score three of each number to close the number.

This can be done by scoring three singles, a double and single, or landing a triple.  You don’t have to close numbers in order unless that’s a rule you stipulate before the game. If you close a number that is still open for your opponent, you can start scoring points on that number. Maintaining a lead in points is key to winning the game of Cricket.

For example, if on your first throw you land four 20’s before your opponent has even thrown a dart, you close out the 20 and add 20 points to your column. 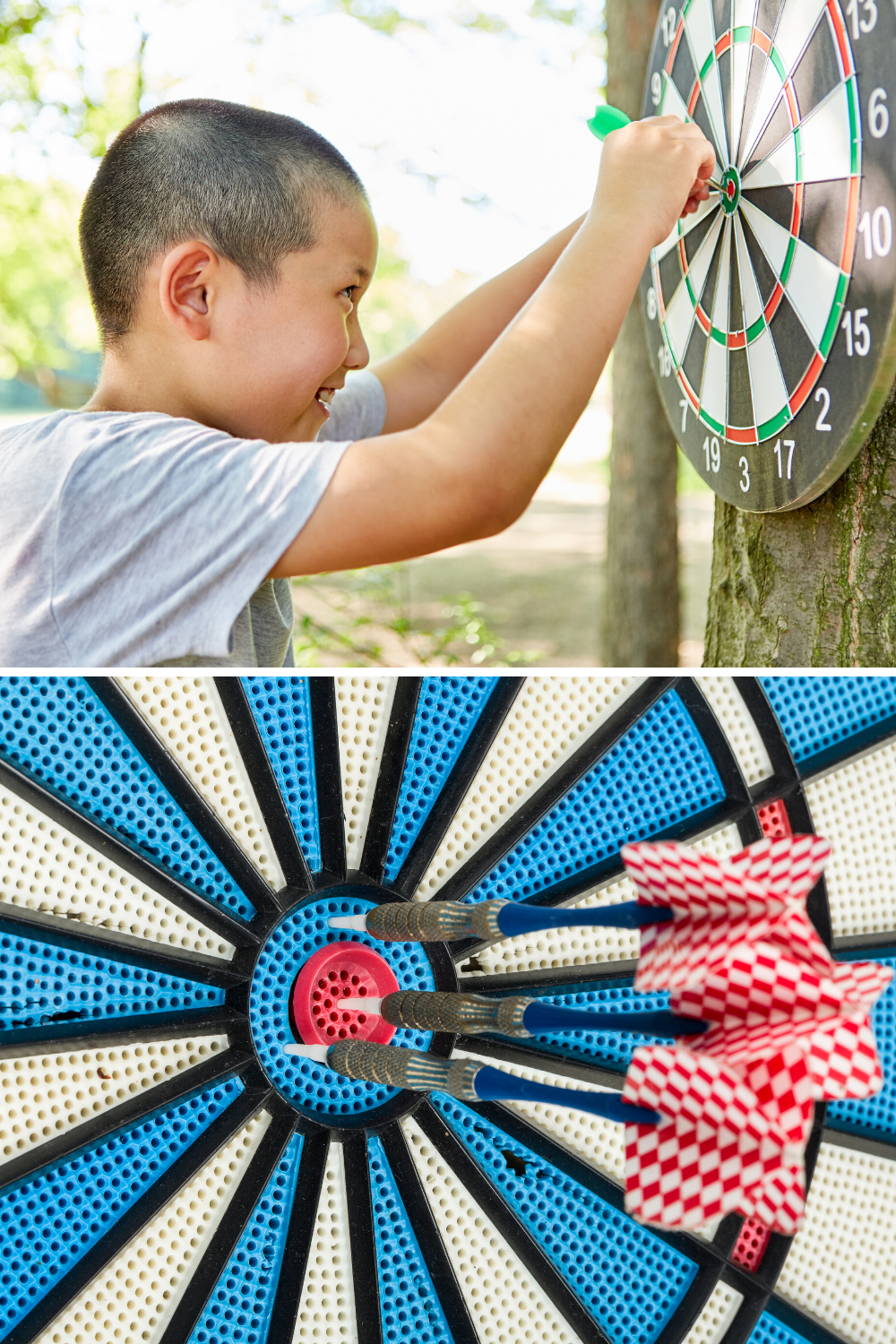 Around the World: Just like it sounds, the goal in Around the World is to work your way around the dartboard in numerical sequence. It’s one of the most popular dart games because of its simplicity. Plus, it’s a lot of fun to play with a group. Around the World darts is perfect for any number of players.

Around the World, darts is a very simple game. You start with number 1 and work your way around the board in numerical sequence, all the way to the 20. Move from one number to the next, erasing and marking numbers in your column as you go.

In basic Around the World darts, doubles and triples do not count for more points. Once any part of a numbered segment is hit, you just move to the next in sequence.

Every player must match or exceed the score of the player immediately before them. So, if player ONE shoots a 55, player TWO must score at least 55. If player 2 scores a 45, he loses a leg. Now player THREE must meet or exceed 45. And so on. Make sure you mix up the order of players after each game, too.

Killer: At the start of the game, each player chooses a random number by shooting at the board with their non-shooting hand. This makes the game more interesting and forces you to play a little out of your comfort zone. Once you have a number, you then try to hit a double of that number.

Hitting a double of your number makes you a “killer”. When you become a killer, you can try to “kill” your opponents by striking doubles of their numbers. Each player gets three lives. Each double is worth one life.

The player with any lives remaining (lines on the board) wins the game. 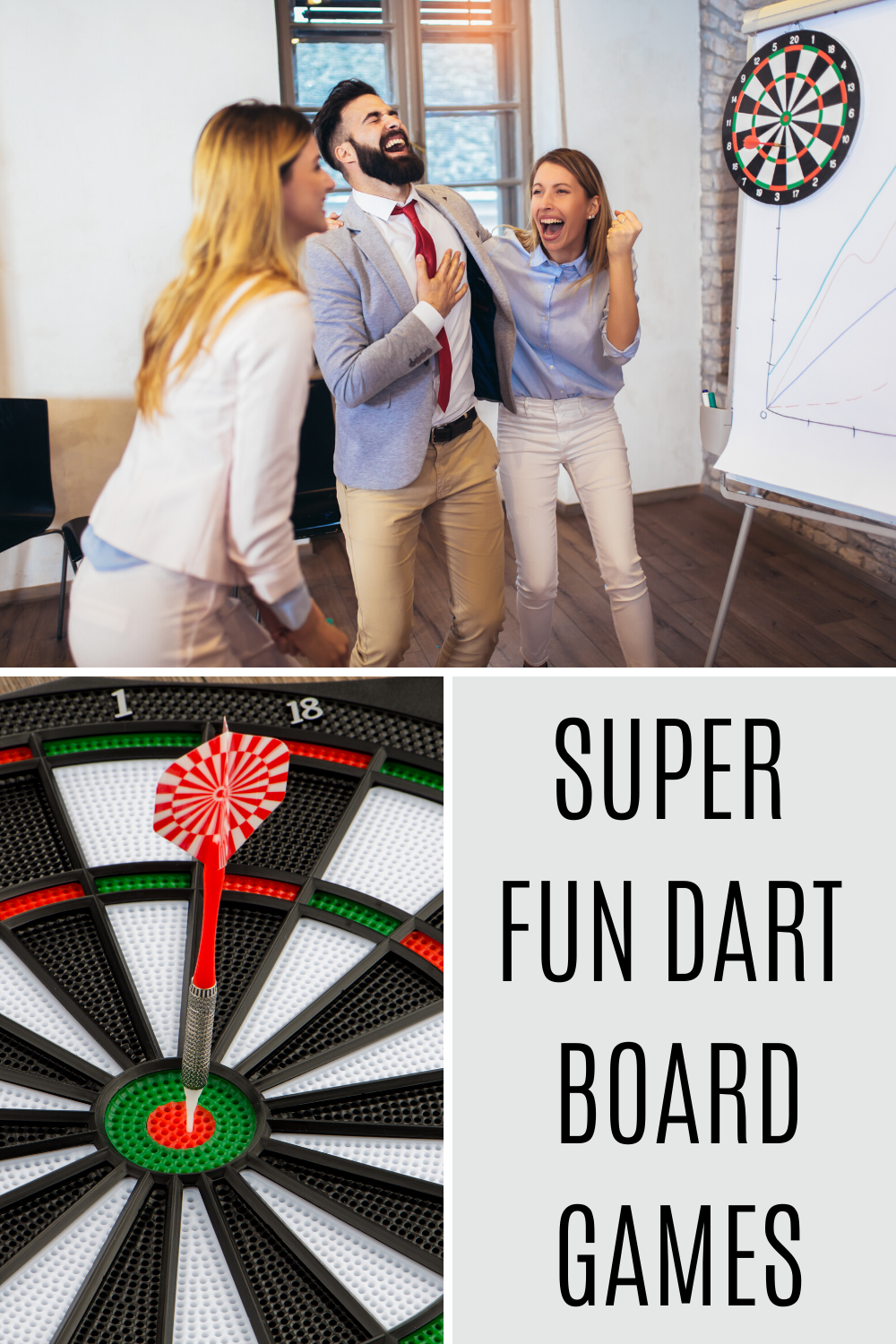 Our Favorite Dart Board Game

Golf Darts: First, decide on the number of holes you’re going to play and who will throw first. This can be done with a simple closest to the bull’s challenge, and then order players based on the results.

The goal is to score the lowest number possible per turn. Here’s how to the scoring works:

Start on the first hole (number 1). Each player gets up to three throws per turn, but only their last throw counts. This means that if you land a double on your first throw, you can (and should) decide to end your turn on that dart and mark a score of “1”. If you miss the mark, you should try again. Mark each player’s score per hole and tally the points at the end of 9 or 18 holes. The player with the lowest score wins.