Inside: 35 Minute to Win It Games for Kids.

I love a good game night, obviously! 🙂 But we have really been into Minute to Win it style game lately. They are fun quick-paced and usually provide LOTS of laughs!

These games keep everyone on their toes, and no one gets bored! I usually love playing these games with a large group, recently my kiddos had some friends over and I thought that would be the perfect time to pull of these fun Minute to Win It games for kids.

They are all easy to play, pretty inexpensive to prep and are SO much fun! 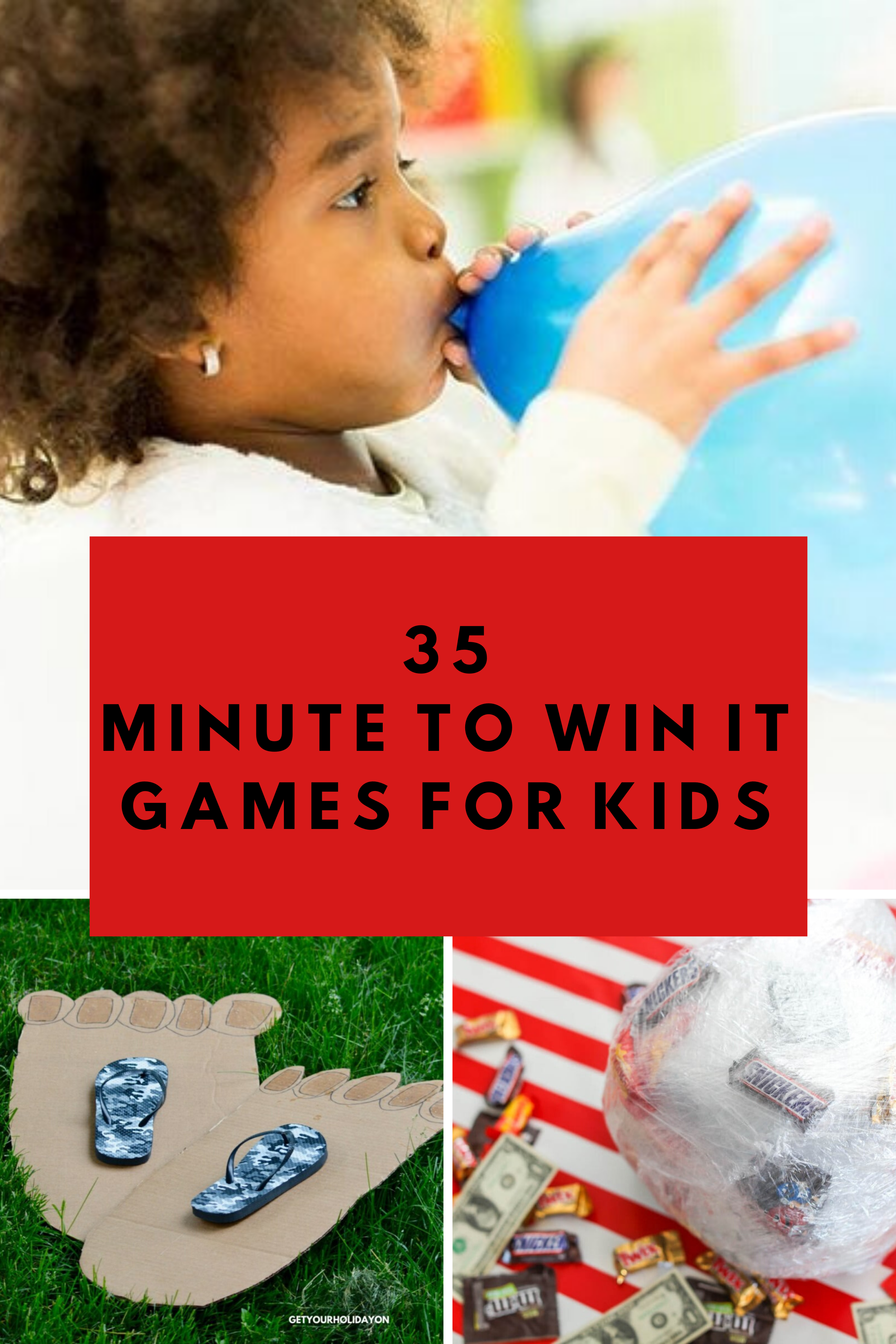 What Are Minute to Win It Games?

The idea of it started with a fun TV show on NBC called Minute to Win It with Guy Fieri. Each contestant had one minute to finish a task or party game. Contestants tried to win 10 rounds of these fun 1-minute games.

How Does It Work?

For Minute to Win It you want quick games that kids can complete in under 1 minute. You are racing to see which player can finish the task first. Often the task seems simple but once you start they can be a real challenge.

The minute to win it games for kids are all a little silly and add a lot of laughter and fun to your kid’s party. These games can also be fun for adults to play at family game nights, parents’ night out or office parties. 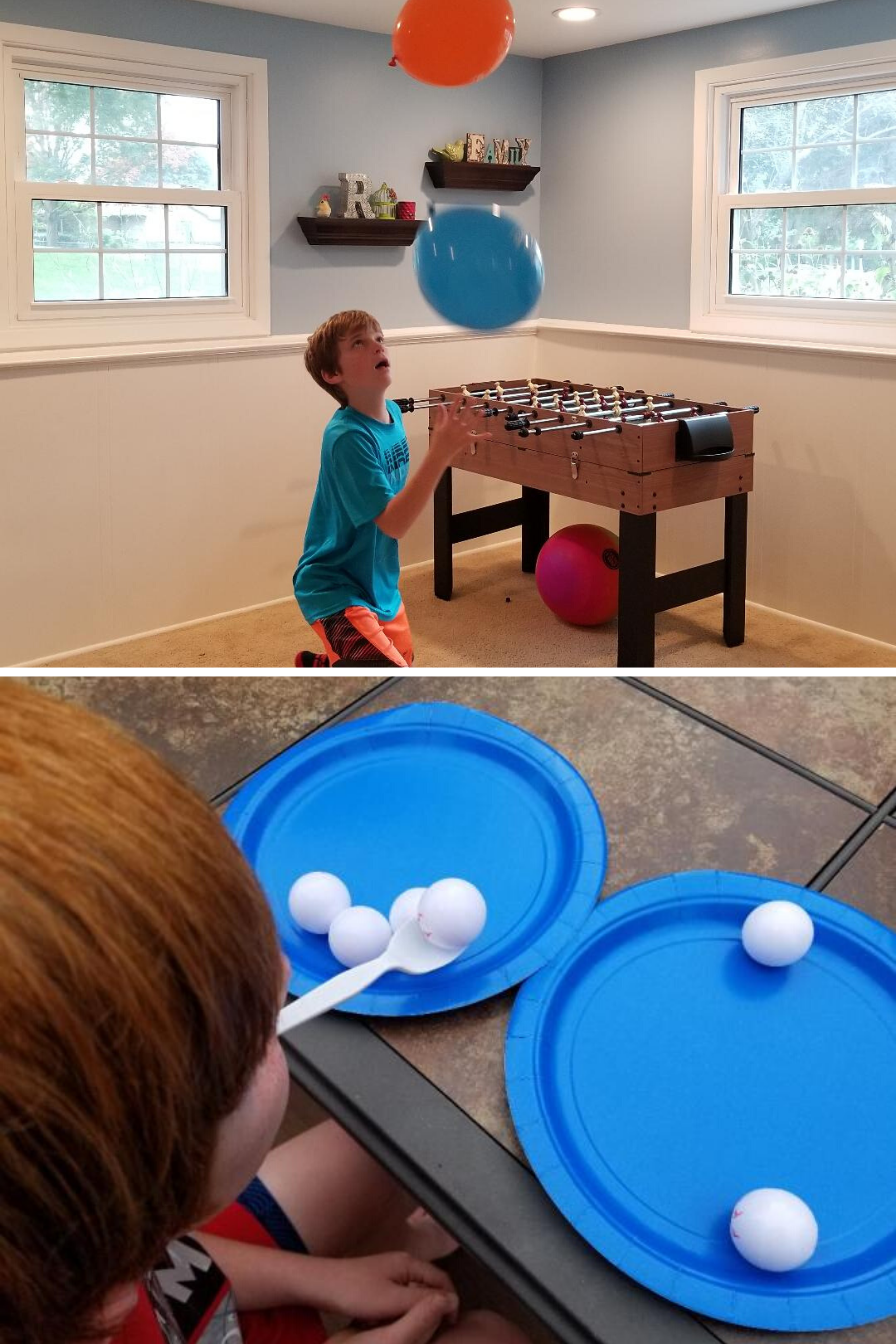 Minute to Win It Games for Kid Parties

Keep It Up: Can your kiddo keep a balloon (or two) in the air for a minute? Using only one hand? Using no hands?

Bottle-to-Bottle: Fill one 2-Liter bottle with anything — pasta, rice, marbles, cereal, mini-marshmallows, etc. Players must try to transfer one bottle’s contents into another bottle. Whoever can transfer the most within the minute will win. Trust us: There will be a ton of spillage, so avoid liquid.

Human Ring Toss: Gather up hula hoops from the garage and borrow from friends and family. Pair-off players and have one play the human post while the other attempts to toss the hula hoops onto them. Who can collect the most?

Roll-On-Buddy: Try to roll a potato, sweet potato or onion across the floor from one side of the room to the other.. using only your nose.

Faster than Egyptians: Partners get a stack of 36 plastic cups. They have one minute to build a pyramid and then break it back down and re-stack the cups. Fun fact: This is actually harder with partners.

Blown Away: Stack those cups back into a pyramid. During a player’s turn, blow up a balloon, aim it at the pyramid and then let it go. How may cups did you knock over? Keep going until the minute is up.

Hold the Dice: Players place the plastic spoon in their mouth and try to stack 6 dice onto the end. For younger kids, you could lower the dice amount to make it easier.

Junk in the Trunk: Players have a tissue box tied to their lower backs. Inside is 6 ping-pong balls. They have one minute to empty their boxes without using their hands.

Coin Stack:  Players need to stack 25 pennies up in a minute. Bigger groups could try and see how many of their players can stack up 25 pennies in a minute. The team with the most players finishing the stack wins.

Pass the Pink Pong: Players try to move the ping balls from one plate to the other using a plastic spoon in their mouth. See who can move the most ping pong balls in one minute.

Big Foot Race: Besides sandals, you could make it, even more, budget-friendly by using a recycled tissue box and hot glue the tissue box to the top of the cardboard. Perfect for little kids to slip their feet in. See how to play this fun game here! 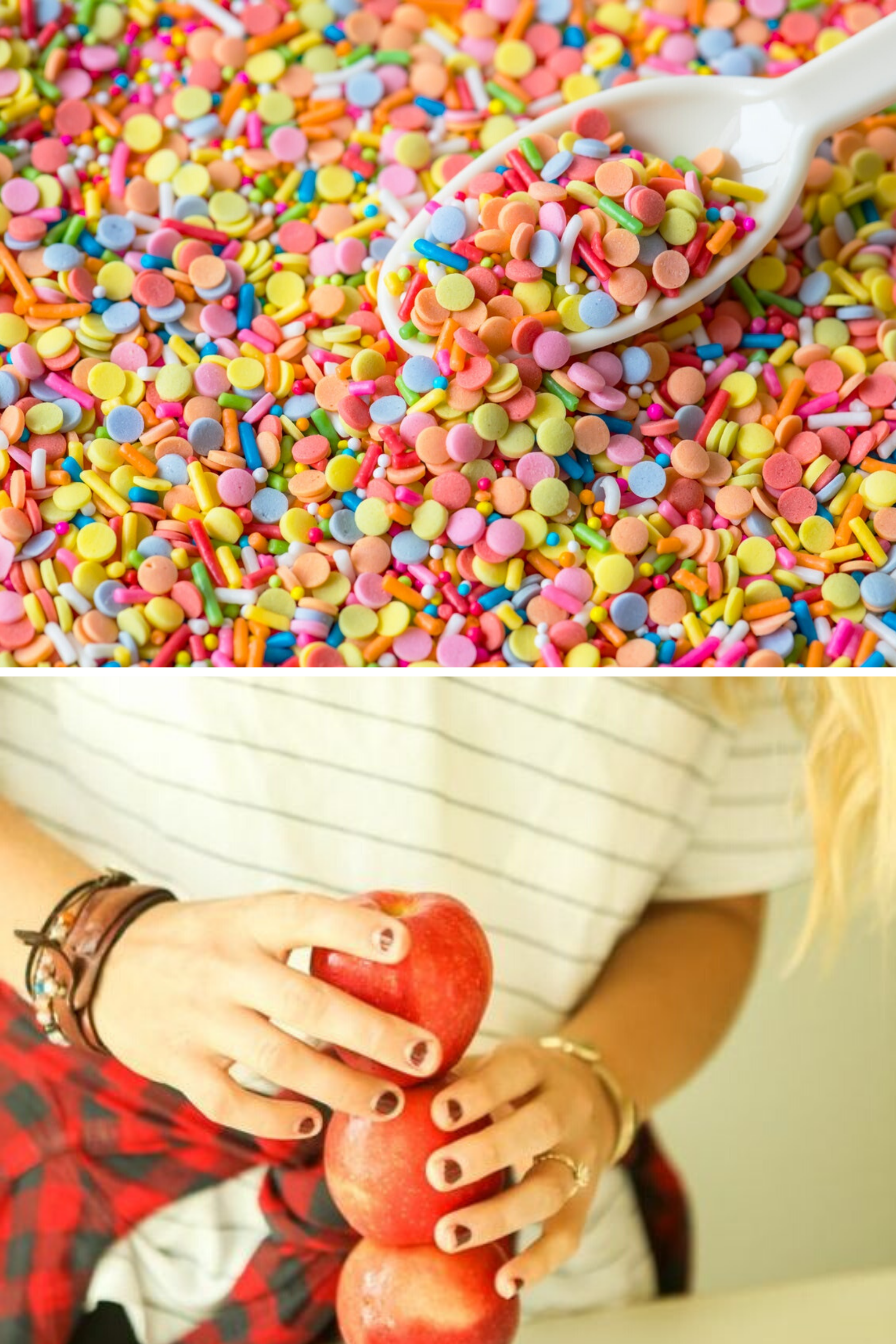 Cereal Puzzle: Cut up a cereal box into small pieces and see who can reassemble it back in 1 minute.

Chopstick Pick Up: Give each team two plates with 20 pieces of candy on one plate. Have the players move each piece of candy to the other plate using chopsticks in under a minute. Tip: It is easier for younger kids to pick up squishy marshmallows then hard M&Ms with chopsticks.

No Hands: Have players wear oven mitts and unwrap candy. Whoever can unwrap the most candy in a minute is the winner.

Noodle Pick Up: Place uncooked penne pasta noodles on the edge of a table. Players try to pick up the penne noodles using a spaghetti piece they have in their mouth. See who can pick up the most in one minute.

Apple Stacking: Each team tries to stack 5 apples in 1 minute. This is a more challenging game so it could be done individually or as a team to figure out the best way to keep them stacked.

Staw Race: Each team gets two plates with one plate having 10 pieces of candy while the other is empty. Players then use a straw to suck up the candy and transfer it to the other plate. The one with the most transferred candies wins.

Soda Pop Stack: Player must stack all 15 cans up using 4 paper plates in between. Each team can work together on their strategy to get them all stacked in under 1 minute. There is no one way to make this work so it’s fun to see each team’s strategy.

Marshmallow Toss: Have players team-up. Members of the team sit or stand approximately 10 feet away from each other. At the start, player A has a cup filled with mini marshmallows and player B has an empty cup. Once the timer begins, player A throws as many mini marshmallows into player B’s cup as they can in 60 seconds. After one minute, have team members switch cups and repeat.

Watermelon Ninja: This is probably the easiest Minute to Win it Game to set up. Just slice the watermelon in half and lean against a chair or boxes to prop it up so the red part of the watermelon is showing. Kids then throw the playing cards like a ninja at the watermelon and see how many they can get to stick in one minute.

Paper Plate Race: For this game, you need to set up a starting line & a finish line. Guests have to race to blow their paper plate across the finish line first while only using their mouths to blow it.

Cup Stack: In under a minute each person must make a cup tower from a stack of 36 cups & then break it back down to a single stack.

Sprinkle It: Fill 1 empty bottle with sprinkles or Cheerios. Each guest has to dump the snacks out of the bottle & get them into another empty one before time runs out.

Cheerio Bracelet: You’ll need pipe cleaners and a box of cheerios or fruit loop. Turn these items into a bracelet by using one hand.

Smiley Face:  Players will use the straw to suck up pom-poms/M&Ms to make a smiley face. The first person to complete it wins.

Feather Race:  Make a starting and finishing line about 15 feet from each other. Each player puts their feather on the starting line and blows on it to try to be the first person to get their feather to the finish line.

Bottle Flip: Toss the water bottle in the air and make it land upright. The first player to achieve this wins, or whoever does it the most in one-minute wins.

Saran Wrap Game: Once the game begins, the person with the ball puts on oven mitts and tries to unwrap as much as they can, while the person to the left tries to roll doubles. When that person rolls doubles, it’s their turn and the pan with dice gets passed to the left and the saran wrap ball goes to the person who rolls doubles. They put on the oven mitts and try to unroll while the next person tries to roll doubles – and so on. Everything that falls out during that person’s turn, is theirs. The game ends when the last prize falls out.

I hope you have SO MUCH FUN playing all these fun games! Let us know in the comments your kids favorite!