With summer approaching and sunnier days coming, it’s the perfect time to start getting that pool ready! If you’re anything like me you probably have a couple of teens begging you to open up the pool as soon as the weather turns nice. They love spending days out by the water, hanging out with friends, and having fun.

One of their favorite things to do is come up with crazy games to play. Over the years we have come up with some of the best pool games for teens to play that are hilarious to watch and exciting to play.

So, get those pool floaties ready and check out our favorite fun things to do at a teenage pool party! 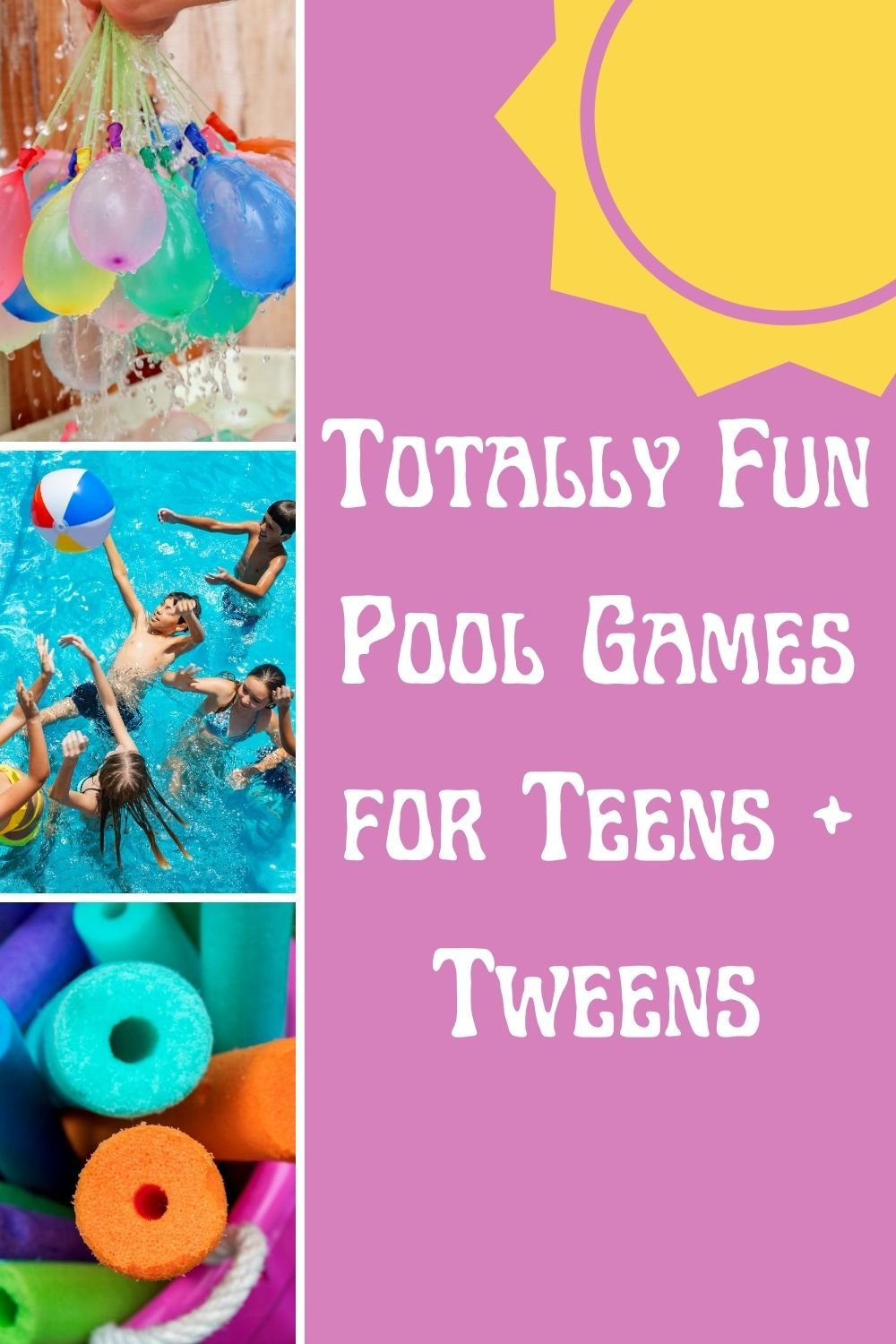 Bottom Dwellers: This is a fun pool party game where you throw poker chips at the bottom of the pool and have players race to collect them. Assign a different point value for the different colored chips and play in teams to make it even more fun.

Pool Joust: Just like in the days of old, ok not really. In this game, one player sits on the shoulders of another player and is armed with a pool noodle. They face off against another pair (again one person sitting on the other’s shoulders). Each Knight must use their “jousting stick” (pool noodle) to battle the other until one is declared the winner. The winner is the team that knocks the other “knight” (top player) off their “horse” (the bottom player) or makes them both fall into the water. 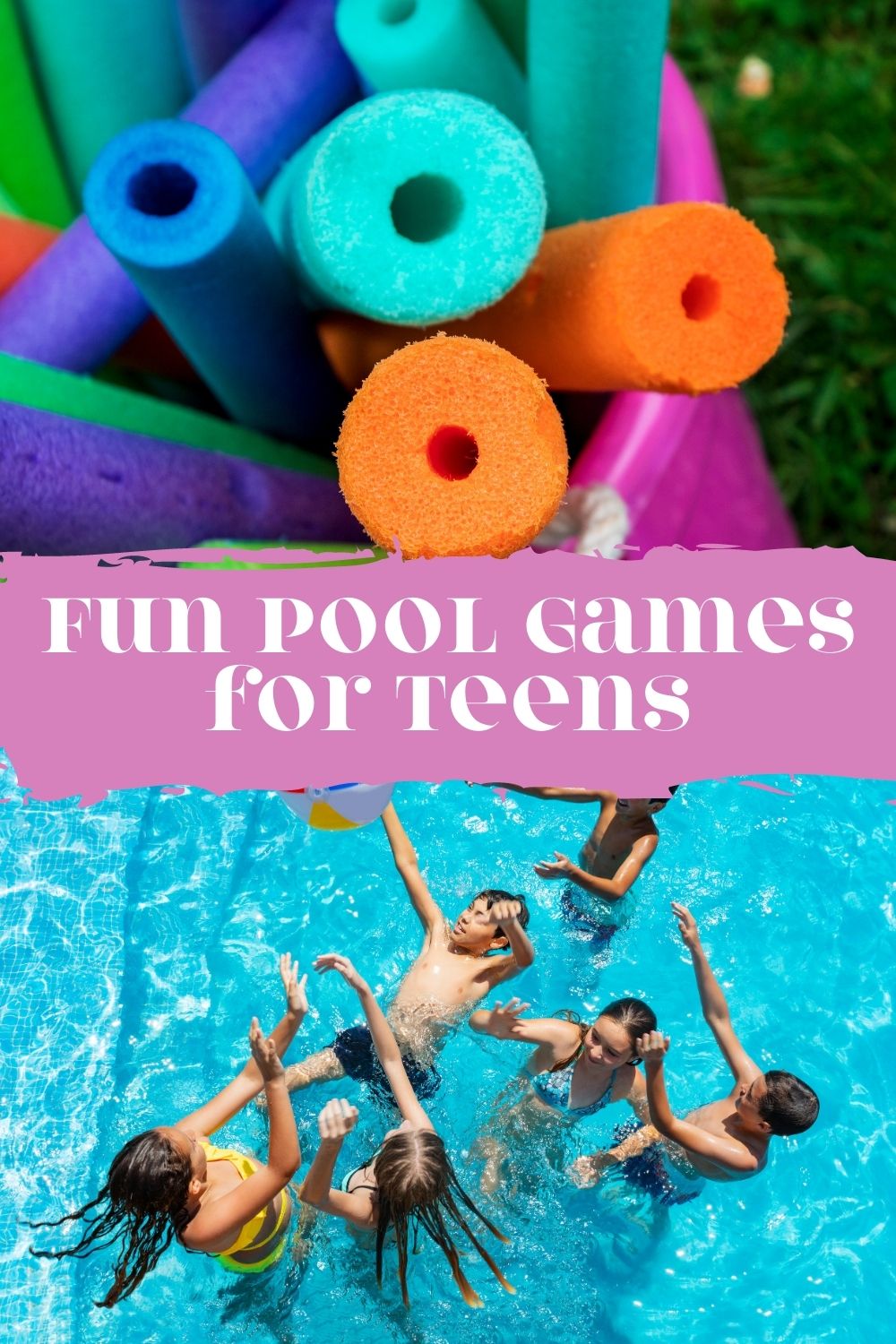 Marco Polo: It’s a classic pool game for sure, but still fun. One person is “it”, they are blindfolded and must try and tag the other players. If the person who is it yells out “Marco” all the other players must yell out “Polo”. When another player is tagged they become “it”.

Slippery Watermelon: This is an awesome game to play in the pool. Divide the group into two teams and have them each wait on one side of the pool. Then you throw a greased-up watermelon ( Use a lot of petroleum jelly to get it real slick) into the middle of the pool. The players then rush to retrieve the melon and touch it to their side of the pool earning their team a point! Play till one team scores 10 points.

Grape Toss: Mark off sections of the pool about every four feet. You can do this by placing a flag, mini cone, or another indicator on the side of the pool every few feet from the shallow end to the deep end. Divide players into pairs. One player is the catcher, and the other is the tosser. Each tosser stands at the shallow end of the pool and is given a big bag of grapes. The catcher must start standing at the first marker ( about four feet from the tosser) and the tosser must throw a grape into the catcher’s mouth. They can throw as many grapes as they need until one is caught in the catcher’s mouth (no hands). 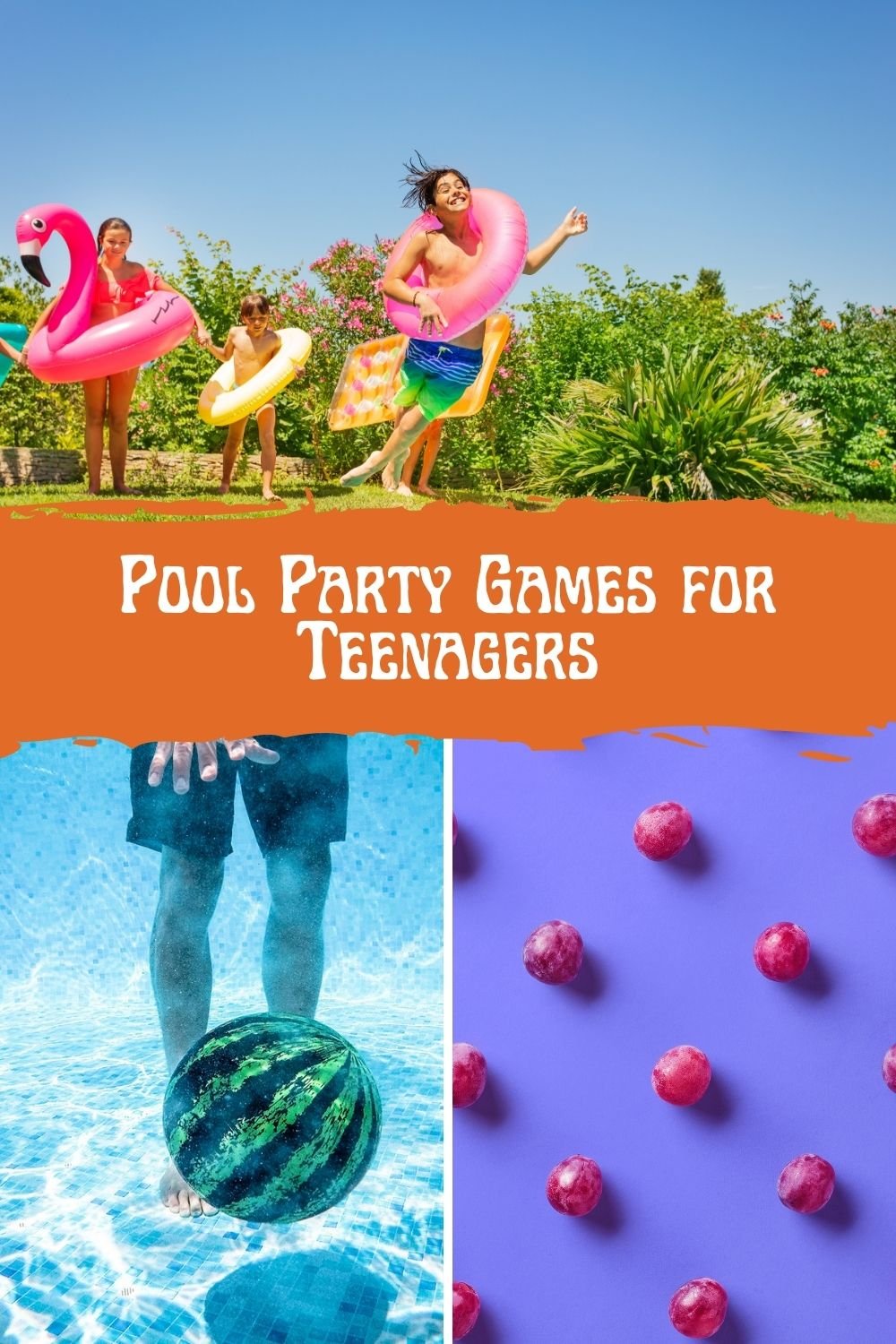 Balloon Bomb Race: Divide players into 3 or 4 teams. Assign each team a color and give them a bucket of 10 water balloons in that color, making sure all the water balloons are covered in oil so that they are very slippery.

The object of the game is for players to get all of their teams’ balloons from one side of the pool to the other by passing them down.  Rules are each balloon has to be touching someone’s skin while in motion.  The first team to get all their balloons to the other side wins! 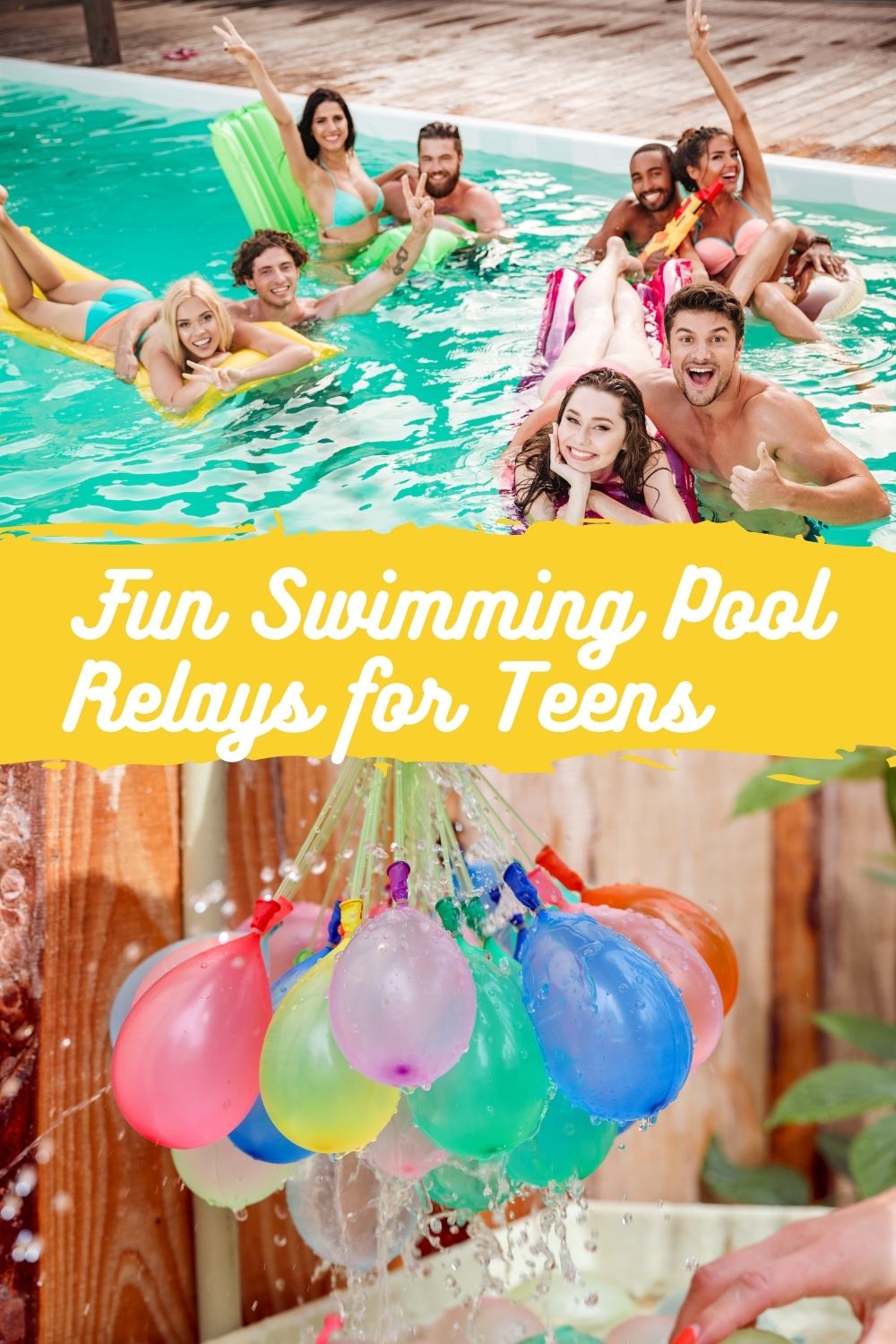